Ukrainian President Volodymyr Zelensky has again appealed for talks with Russia. “Negotiation is the only way to end the war,” he told CNN.Published: March 20, 2022, 23: 06Zelensky says again that he is ready to sit down with Russian President Vladimir Putin and begin negotiations. “If there is only one percent chance for us to stop the war, I think we must take that chance.” “Should these attempts fail, it means a third world war.” His renewed desire peace talks come at the same time as other Ukrainian leaders accuse Russia of war crimes, it since the invasion forces are reported to have bombed a school in the besieged port city of Mariupol where about 400 people sought protection.Turkish Foreign Minister Mevlüt Cavusoglu, who on Sunday claimed that Russia and Ukraine had made progress in their negotiations to stop the invasion, said the parties were “close to an agreement”. Mevlüt Cavusoglu also said that Turkey was ready to host a meeting between Putin and Zelensky. On March 10, Ukrainian Foreign Minister Dmytro Kuleba and Russia’s Sergei Lavrov met in Turkey, but no progress was made on a ceasefire. “Russian troops have come to exterminate us, to kill us,” Zelensky said in an interview with CNN on Sunday. The Russian attacks on Mariupol have been very extensive and the situation in the city is described as catastrophic. In his latest speech on Facebook, Zelensky called Russia’s actions in Mariupol a war crime. He predicts that the siege of the port city will go down in history as war crimes by the Russian military. “Doing this against a peaceful city, what the occupiers are doing, is terror that will be remembered for centuries to come,” he told the Associated Press early Sunday. in his nocturnal speech to the nation. He says he discussed on Saturday how the talks with French President Emmanuel Macron are going, “Ukraine has always strived for a peaceful solution.”Russia on the other the side does not even make an effort to bring home its fallen soldiers, according to Zelenskyj: “In places where there have been particularly fierce battles, the bodies of the Russian soldiers remain in large numbers along our line of defense. And no one is retrieving these bodies. ”In another statement on Sunday in a Zoom conversation with Israeli parliamentarians, Zelensky urged Israel to abandon its neutral position on the war. He wants the Jewish state to firmly back his country. “Now is the time for Israel to take sides.” It is the term used by the German Nazis “as a solution to the Jewish question” – which ended with the genocide of six million Jews during World War II. Israeli Prime Minister Naftali Bennett has emerged as a possible important mediator between Russia and Ukraine, against the background of Israel’s good relations with both countries.Read more: Carl Bildt: “Putin will throw in everything he can” TT

Senator embarrasses herself in US cryptocurrency discussion 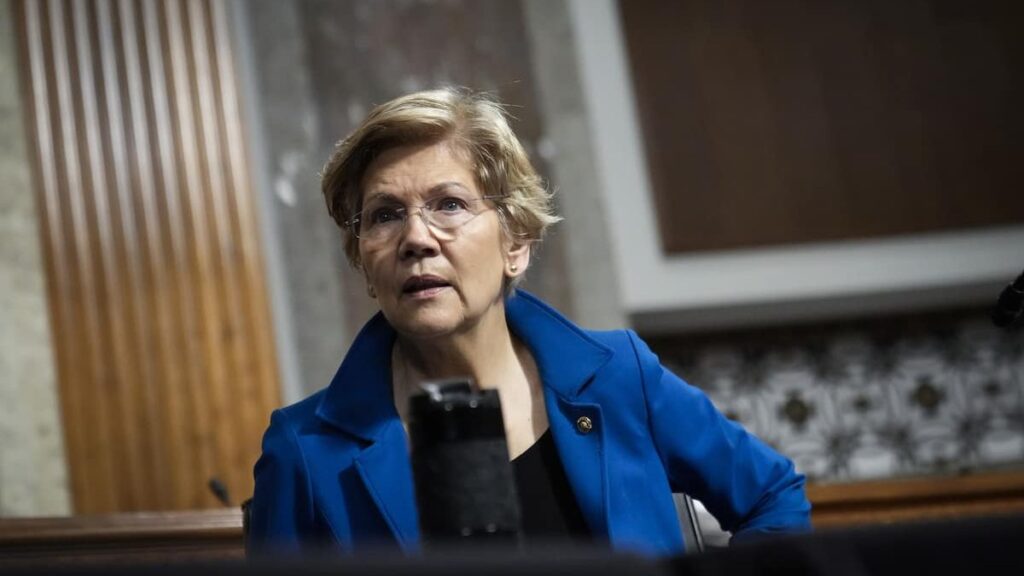