Woman kidnapped from McDonald's in Greater SP reports loss of US$ 300,000 in cryptocurrencies 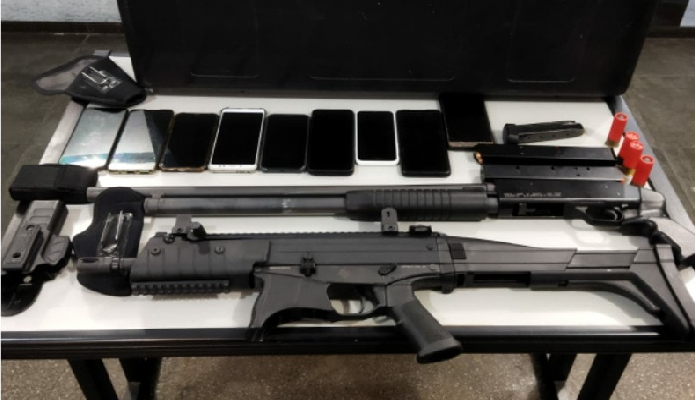 The Military Police of Carapicuíba, municipality of Grande SP, arrested on Tuesday morning (20) six people involved in the kidnapping of a Chinese woman who allegedly works with cryptocurrencies. The case was registered with the 1st DP and, according to the delegate on duty, the motive for the crime would have been on account of a “commercial disagreement” and the “disappearance of US$ 300 thousand in virtual currencies”. The case was reported on the morning of the incident by Programa em Foco, on Facebook, whose report gained access to police report 15639/21 of the 1st DP of Carapicuíba. In the document, police officers on duty reported that a woman of Eastern origin was approached by two of the individuals while inside a McDonald's store located in the center of the city. She was then dragged into a car, which police later found to be armored, as well as another vehicle that supported the criminal action. After being warned, the PMs from Rocam and 5°BAEP began searching for vehicles in the region and located them near the border of the neighboring municipality, Osasco, where they were approached. As stated in the police document, three of the six suspects are also of Chinese origin, as is the victim, who even had difficulties in communicating with the police. On the approach, several firearms were found with the suspects, including a large caliber, holsters and a stun gun. One of the suspects who identified himself as a Prison Officer was unmasked after his arrest. "In view of the facts, the defendants were given a warrant of arrest, who were subsequently taken to the 1st DP in carapicuíba, where the duty officer Elizeu Quirino Ribeiro obtained knowledge, carried out new research and found that the accused was no longer a prison guard, as he had been exonerated”, says an excerpt of the document. Sought to comment on the matter on Tuesday afternoon, the delegate could not speak to the report of the Bitcoin Portal, who also questioned another police officer on duty about the involvement of cryptocurrencies. However, he refrained from commenting, justifying that there was a change of shift. According to the police report, the suspects, who were arrested in the act, will be indicted for criminal association and extortion through kidnapping.