Much has been heard about the debates on the Crypto Assets Bill (Bill No. 4401/21 – “PL Crypto”) and about possible exclusions of provisions that were included by the Federal Senate. Within this, a topic that has drawn a lot of attention is precisely the issue of asset segregation. And what would that be? Equity segregation is a complicated name for an idea that is simple: separating customers’ assets and cash from the assets and cash that are owned by the brokerage firm or bank. Visually, this idea could be drawn as follows:

Source. Linkedin The asset segregation rule, that is, not to confuse the company’s assets with that of its clients – especially when the company receives and keeps assets and resources from clients – protects the client, by preventing the company, acting in good faith, from faith or not, use the resources and assets of its clients in its operations as if they were its own. This rule brings a series of positive consequences to the market, such as:

Makes financial pyramids difficultby guaranteeing that the asset purchased by the client will be segregated from the company’s assets, being also the object of control by the company, which must identify the assets as each specific client;Protects customers in the event of judicial recovery and company bankruptcyas the client’s assets do not enter into the “bankruptcy estate” (i.e., the assets of the company in bankruptcy or in recovery)Makes it difficult for the company to illegitimately use the customer’s resources and assets (as if they were its own) and that places such assets and resources in risky operations, without the consent of the clients. In other words, with asset segregation, no one can tamper with your bitcoin without you knowing!

So, if it’s such a positive and beneficial rule, what does it take for it to take effect (take validity)? Now the legal part begins… Every provision that creates this type of regime (segregation of assets and separate assets) must be a matter of law, that is, a decree or regulation (norm issued by a regulator) could not, in principle, create this type of regime. So much so that, in our legal system, similar provisions are always the subject of a specific law. In addition, this equity separation regime is very common in the financial, capital and banking markets. In other words, as institutions operating in this market deal with public money, they must keep in their controls and accounting all the equity and assets of their clients separate from their equity and assets (also called “own portfolio”). . Leverage means the use of resources from customers’ assets for own operations, that is, the company uses the assets and resources of customers as if they were its own, in operations that aim at profit and whose risks only the company knows. 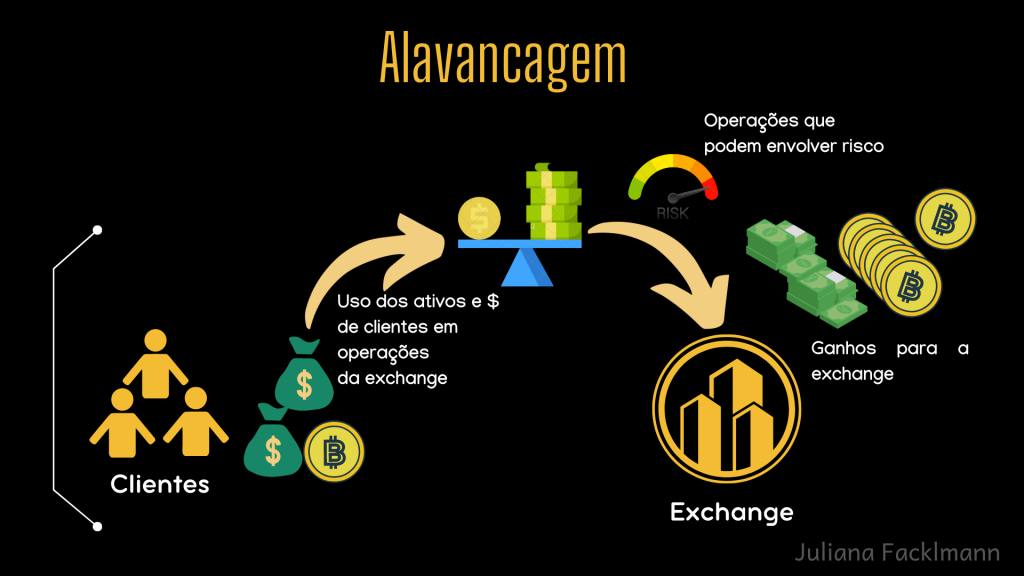 Source. Linkedin This type of operation is very common for banks, but not for all financial institutions. So, for example, it is common for the bank to operate in this way, as it is a sophisticated institution that has a series of mechanisms and processes to control its risks (here comes what we call Basel rules, which are nothing more than rules for risk management by banks due to leverage), but it is not common – or even dear – for a brokerage firm to act in the same way, due to its activity, which is, mainly, to intermediate, buy and sell assets and values furniture. In this way, it is clear that it is not by chance that there are different types of financial institutions, such as banks, brokers, financial institutions and distributors, as each one has a role in the system and deals with specific risks, such as liquidity risk, credit risk, market risk (on the asset value), operational risk and risk of operations mismatch. Leverage, therefore, makes sense for certain types of companies (sophisticated with good risk control) and for certain markets, insofar as leverage diminishes a client’s protection over their assets and money and assumes that someone will handle their bitcoin cheese.

Juliana Facklmann is an expert in crypto, law and regulation, as well as an artist. She holds the post of Director of Regulatory Affairs and Product Design in the 2TM group. The post Who moved my bitcoin? | Opinion appeared first on Bitcoin Portal.

Sat Jul 2 , 2022
This is how collaboration and innovation will solve the climate challenge Published: 9 June 2022, 10: 57Updated: 16 June 2022, 13: 38 Just over 98 percent of the electricity produced in Sweden is fossil-free. But in step with climate change, our energy needs are also increasing sharply. It means a […]