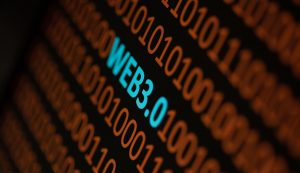 The internet is an unfinished project. In this article, we look at what is likely to be the next great generation of the internet, one in which users regain control of the centralized corporations that currently dominate the online world. The main motivation that drives thousands of people to work to redefine the current internet is in fact […]

The internet is an unfinished project. In this article, we look at what is likely to be the next great generation of the internet, one in which users regain control of the centralized corporations that currently dominate the online world.

The main motivation that drives thousands of people to work to redefine the current internet is the fact that the most used platforms today are controlled by half a dozen powerful companies that generate profit from the data their users generate.

Web 3 is basically a new way for people to use the internet without giving up their privacy and valuable data.

The first phase of the internet can be characterized by the way users initially interacted on the web. Most users, during the first generation of the internet, were passive consumers of content.

In other words, Web 1.0 was about reading, not writing. It was static instead of dynamic. That changed with Web 2.0.

The next big phase of the internet was about interactivity and users.

The downside of this more participatory internet was that, when creating content, users were also providing information and personal data to the companies that controlled these platforms.

Web 3 is the next phase of the internet. It is currently still under development, so there is no single, established definition of what Web 3 is or will be.

In general, Web 3 refers to an internet fostered by decentralized networks such as Bitcoin and Ethereum . The main innovation of these networks is the creation of platforms that are not controlled by a single entity and that, even so, people can still have confidence.

That's why every user and operator of these networks must follow the same set of codified rules, known as consensus protocols.

The secondary innovation is that these networks allow value or money to be transferred between accounts. These two factors — decentralization and internet money — are critical to understanding Web 3.

As with previous versions of the internet, there is no single creator of the Web 3. Instead, it grew as a collaboration between people and organizations building on each other.

In general, those involved in smart contract blockchain platforms such as Ethereum are recognized as the forerunners of Web 3.

One of the most popular programming libraries used to write code in Ethereum is called web3.js . There is also the Web3 Foundation , operated by the founders of the Polkadot network.

What is so special about Web 3?

The main advantage of Web 3 is that it tries to solve the biggest problem resulting from Web 2: the collection of personal data by private networks that are sold to advertisers or possibly stolen by hackers.

The transparency of the decentralized internet means that no single party has control over data or limits access. Anyone is able to develop and connect to different dapps without permission from a central company.

What else is different?

On Web 3, money is native. Rather than having to rely on traditional financial networks that are tied to governments and geographically restricted, money on Web 3 is instantaneous, global, and doesn't need permission to be used.

It also means that cryptocurrencies can be used to create completely new economies and business models, an area increasingly known as tokeconomics.

For example, decentralized internet advertising need not rely on selling user data to advertisers, but can reward users with a token for viewing ads.

This type of Web 3 application is being developed with the Brave browser and its cryptocurrency Basic Attention Token (BAT).

There are many web 3 dapps available now. One of the most popular and promising products involves fecentralized finance tools ( DeFi ) through which users can borrow, tokenize real-world assets, invest and trade cryptocurrencies without the need for centralized exchanges.

Gambling, betting, and predicting are also popular ways to use the Web 3.

The future of the web 3

The future of the internet is about increasing usability and scalability. For the Web 3 vision to become a reality, more people will have to start using Web 3 dapps.

This not only means that there will be more applications, but also that they will be easier to use and more attractive to users without much knowledge.

Finally, with Ethereum, the largest and most popular smart contracts platform, Web 3 networks will need to improve their scalability to be able to process millions of transactions quickly if they are to compete with Web 3's competitors. 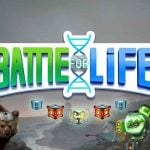 Battle for Life, a new 'play-to-earn' game where users earn cryptocurrencies when playing, if...