Whether you're a fan or not, you've probably heard of League of Legends, LOL – or “little lol” for the…

Whether you're a fan or not, you've probably heard of League of Legends , LOL – or “lol” for those who are close to you – especially with the launch of the Arcane series on Netflix.

In the crypto market, we all inevitably end up choosing a preferred cryptocurrency that is more linked to our profile, values and what we believe are the ideal solutions to the demands, problems, needs and desires of the market.

For the League of Legends player, having a preferred champion that he identifies more with, or enjoys playing more, is also inevitable.

Here at the Cointimes newsroom, we've chosen 5 characters that appear in the Arcane series and assigned the cryptocurrency that would likely be your favorites, see the list below.

1 – Jayce, the defender of tomorrow

“Jayce is a brilliant inventor who has dedicated his life to defending Piltover and his relentless pursuit of progress. Discoverer of Hextec technology, which innovated Piltover's citizens' relationship with magic.

With his hextec hammer in hand, Jayce uses his strength, courage, and considerable intelligence to protect his hometown. Although he's adored as a hero in the city, he doesn't really like the attention it brings.

Still, Jayce has his heart in the right place, and even those who envy his natural abilities are grateful for his protection of the City of Progress.” says the character's description.

Bitcoin would be the likely choice of Jayce, who is enchanted by his pioneering spirit. The blockchain , technology that emerged with the invention of Bitcoin , is analogous to hextec, as it gave power to several other cryptocurrencies that its peers chose as their favorites.

“A brilliant but eccentric yordle scientist, Professor Cecil. B. Heimerdinger is hailed as one of the most innovative minds and one of the most esteemed inventors ever seen on Piltover.

Unyielding in his work to the point of obsession, he is fascinated by the mysteries that have baffled his contemporaries for decades and strives to answer the universe's most impenetrable questions. Although his theories often seem opaque and esoteric, Heimerdinger believes that knowledge must be shared and is dedicated to teaching everyone who wants to have it.”, reads Heimer's description.

As a brilliant inventor, Heimerdinger approaches the Ethereum network as a top choice. He's versatile and practically a League of Legends Dr. Stuff.

3 – Vi, the defender of Piltover

“Vi doesn't have many memories of his childhood in Zaun and what little he does remember, he would rather forget. She allied with the gangs of troublemakers, from whom she soon learned to use her cunning and her fists to survive.

None of the adults Vi knew as a child had any information about her parents. In the end, Vi came to the conclusion that some questions are better left unanswered.”

Coming from the “underworld”, Vi is strong and discreet, like the Monero cryptocurrency . She values privacy and therefore would possibly use XMR to carry out her transactions.

4 – Ekko, the boy who shattered time

“Born with the intellect of a genius, Ekko built simple machines before he could even crawl. In his youth, he watched his parents grow old before his eyes, working long hours under dangerous conditions in stifling factories. Specialized in time-related skills and very fast in his combats.”

Super fast like Ekko, is also the Solana network, which uses a time-based consensus method (Proof-of-History). Interestingly, despite the consensus being based on time, the network was arbitrarily paused after a spam attack, which shows that some individuals have the power to “stop time”. Ekko would probably like Solana .

“Although many see Jinx as just a nutcase carrying a bunch of dangerous weapons, some still remember her as a relatively innocent girl from Zaun; a curious girl, full of great ideas, and who never quite fits the pattern.

No one is quite sure what happened to turn that sweet girl into a lunatic, famous for her ravages of destruction. But after Jinx emerged on the Piltover scene, his undeniable talent for spreading chaos and causing anarchy became legendary.”

For those who like explosions, aggressiveness and have an extremely volatile and impulsive personality, no other crypto would make more sense to make up 100% of Jinx's portfolio than Shiba Inu .

A very popular and unpredictable villain, it's best to be careful if you decide to "hold" such an explosive crypto.

Best times to buy bitcoin you lost in 2022

2022 was a spectacular year for Bitcoin, where cryptocurrency reached new heights, both in price and technology. ... 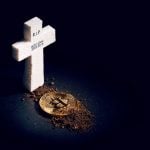