Technical analysis is a key tool in many cryptocurrency traders' arsenal that helps them understand the ups and downs of the market. But technical analysis is not deterministic. It does not say what will definitely happen, but what will likely happen given the historical information analyzed through the study of graphs. To be effective, however, it needs to be done accurately, which is the tricky part. Whether trading or investing, cryptocurrencies come with enormous risks as well as opportunities due to their extreme volatility—so it is advisable to proceed with caution.

What is technical analysis?

Technical analysis (TA) is the study of price movements through the use of charts. Traders use TA to make money from price changes, even when a cryptocurrency falls. The main assumptions of technical analysis include: All information is reflected in price; Human psychology tends to repeat itself over time; Statistical analysis can help you figure out what price can do next. But technical analysis is not for all. While some think that weighty cryptocurrencies like bitcoin can go down to zero, many believe that the “secular trend” — similar to the “long-term direction” — of major currencies like bitcoin is going up. For this and other reasons, such as taxes, many investors prefer to invest for the long term and just do bitcoin HODL. For 'holdar', no technical analysis is required.

What are candlestick graphics?

On February 23, 2022, Decrypt reported that “yesterday, cryptocurrency analysts were admiring (if you can call it that) the red candle wick bitcoin daily, ie the minimum point reached before reversing the trend during the day. But today, the market is faced with the biggest red body candle of bitcoin history”. Concepts such as candle body, wick and colors are fundamental to technical analysis. The candlestick on a chart usually contains: Time: 1 minute, 5 hours, 1 day, 1 week… depends on the time period you are plotting; Opening and closing prices at the beginning and at the end of this time interval, contained in the body of the candlestick; The highest and lowest point price reached during the time interval is reflected by thin lines coming out of the body (but not part of it) called a wicks; Color: red (low price) and green (high price), or any other preferred color combination. Hourly bitcoin chart. Many traders regard color changes (price direction) in candles as a battle between sellers and buyers, or bears and bulls. It is important not to confuse a wick with the entire body of a candle. The body contains information about the opening and closing prices in that period of time, and the wicks represent failed attempts. In the chart above, you can see the failed attempts represented by wicks at 5:00 pm and 6:00 pm (UK time) on August 31, 2022: Bitcoin nearly dropped close to $47,000 but recovered. And at 8:00 pm, you can see the bearish attempt succeeding, but this time a new attempt to take it below $47,000 was rejected… at least for that hourly period. The example here uses an hourly chart. But shorter-term charts tend to be more volatile and contain less useful information than a chart with longer time spans. Traders doing technical analysis tend to combine different time periods to get the big picture. Did you know? Like most graphical analysis tools and concepts, candles do not originate from the cryptocurrency market. The concept was first used in rice derivatives brokerages in feudal Japan in the 18th century!

What are support and resistance levels?

What do traders do with support and resistance levels?

Traders make important decisions on support and resistance levels. If they believe the cryptocurrency will recover at a certain price point, they will “enter” that support level: buy that specific cryptocurrency. And when the price hits what they think is the resistance level, they "go out" or sell the cryptocurrency. Investors with a strong appetite for risk can choose leverage trading, which is a way to bet on price and amplify gains (or losses). Some exchanges allow traders to open “bought” and “sold” positions with leverage, which means you bet on the price of a cryptocurrency falling or rising with funds borrowed from the broker. Long positions are optimistic and bet on the currency to rise. For example, when a trader expects the asset's price to rise, he is willing to place his funds as collateral. The opposite of this is short positions, which bet on the downside. Leverage trading can be extremely risky; traders can gain or lose two, five or even 100 times more than they would gain with normal market orders. Recently, many cryptocurrency exchanges have started to eliminate these high leverages.

Technical analysis uses many different tools and methods to identify support and resistance levels, and traders sometimes reach different conclusions depending on how they implement these tools. One of the most common techniques is the Fibonacci retraction.

$BTC USDIf I could only have one tool to use in a bull market, it would be Fibonacci levels. A weekly close above $17200 will be extremely bullish. Bulls are starting to show strength, bears are sweating. pic.twitter.com/m0rngUlheV— Koroush AK (@KoroushAK) November 28, 2020

You may vaguely remember the concept of “Fibonacci numbers” from high school math classes. Fibonacci are numbers in a sequence of 1.618 times the previous number. This is useful for calculating how many rabbits can breed in perfect condition. It is also useful for cryptocurrency traders because it allows you to take the extreme points (the highest and lowest prices in a given period of time) and divide the distance by Fibonacci rates of 23.6%, 38.2%, 50%, 61.8% and 100%, to help identify potential resistance and support levels. It may sound complicated, but popular technical analysis platforms like TradingView allow you to plot Fibonacci retracements with just a few clicks. But support and resistance levels alone do not provide enough information for traders, so they tend to resort to other complementary techniques. A complementary tool popular among traders is the Bollinger bands, which allows them to draw three lines: usually one simple moving average 20 days (the direction of the price over this period), a top band is lower band. Traders look to these bands to assess the strength of a trend and decide the best time to enter the market. If a cryptocurrency is above the upper band, it is considered overbought and traders will stay away. If it is below the lower band, it is considered oversold, which makes it an attractive trade to enter. To draw these lines, the Bollinger bands they use another elementary math concept, the standard deviation, to determine where the upper and lower bands are. The more volatile the market, the greater the distance between the bands.

Bollinger bands also help traders understand where the price might go after support and resistance reversals. Reversals are upward or downward changes in price and are often recurrent patterns. Traders try to identify these patterns with sometimes funny names like "a cup and a handle".

Fundamental analysis (FA) is another widely used technique to measure the value of cryptocurrencies. The FA looks at the "fundamentals" that support or undermine a cryptocurrency: the technical elements of the underlying blockchain, issues the blockchain project seeks to resolve, potential issues around legality, the team behind it, the white paper and the roadmap, among others. In traditional markets, much information about companies is not public or is only released quarterly. In the crypto environment, you can evaluate projects based on real-time on-chain metrics, which can include hash rates, transaction volumes, the distribution of ownership across portfolios, and their movements. Investors tend to use fundamental analysis when making a decision to put money into a project over a relatively long period of time, on the assumption that markets will reward robust projects.

While fundamental analysis and technical analysis are not mutually exclusive, and analysts tend to think that fundamentals are already reflected in cryptocurrency prices (a big debate aside), there are unavoidable limitations. Fundamental analysts feel that the price does not always reflect the true fundamentals — if, for example, not everything about a project is widely known to traders. And when that information becomes more widely known, it can impact the price. But inevitably, both suffer limitations, such as unexpected regulatory measures targeting cryptocurrencies; the industry often labels them as FUD (acronym for fear, uncertainty and doubt). Some argue that technical analysis is perhaps a collective self-fulfilling prophecy. When traders make predictions and act accordingly, the price reflects these changes, confirming what they thought would happen in the first place. And when techniques are poorly implemented or unpredictable factors dominate the market significantly, this type of analysis becomes anything but useful. Even those who are very knowledgeable in technical analysis can get it wrong. In 2019, news forecasting bitcoin prices from the popular CNBC news site was a joke: a TradingView map showed that 95% of the time, the price movement was the opposite of what analysts told CNBC it could happen. So again, do your own research (DYOR) and trade cautiously! *Translated and edited with permission from Decrypt.co

Aluminum prices rise after military coup - highest level since May 2011

Mon Sep 6 , 2021
This is how Facebook can help you expand your business to new markets E-commerce has increased dramatically in the past year and for Sweden it has become a significant export income. The advantage of investing globally is obvious: the customer base is multiplied, but there are downsides in the form […] 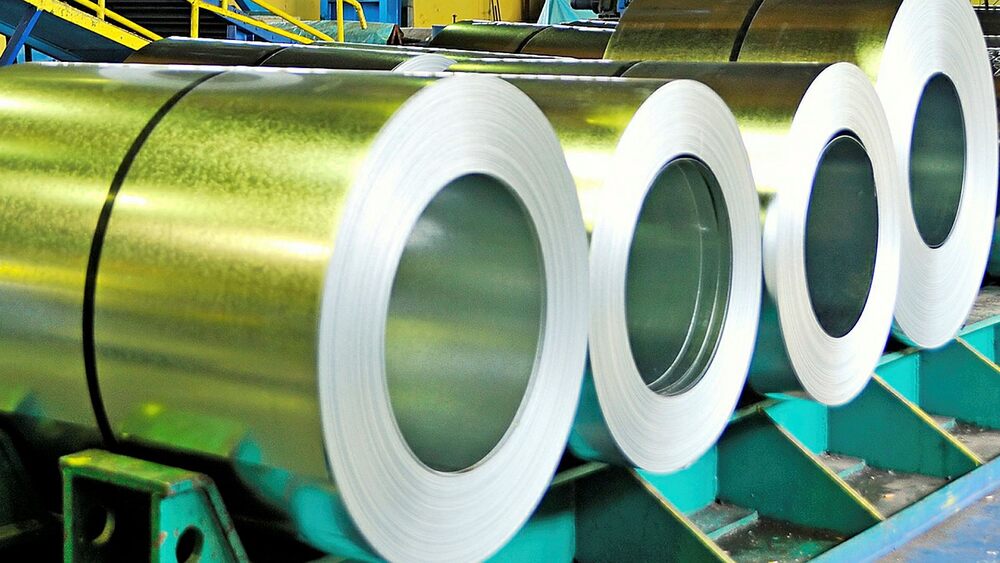