Bitcoin (BTC) started on Monday (23) surpassing the US$ 50 thousand barrier for the first time since May this year. But what drove the BTC to return to a price above this important level? And how significant is this in the long run? "The overall narrative is now insanely optimistic," Jason Deane, Bitcoin analyst at Quantum Economics, told Decrypt, noting that "there are a multitude of reasons for BTC's price action right now." These reasons, argued Deane, include "a continuation of the increase in active wallet addresses and an accumulation pattern that indicates a possible restriction on providing entry to the exchanges." According to Curtis Ting, Kraken's managing director for Europe, the Middle East and Africa, open interest in Bitcoin futures "came up this morning, suggesting new speculation about the price of cryptocurrency." In addition, Deane suggested that international news around the BTC — such as the UK launch of PayPal's cryptocurrency services  and El Salvador's Bitcoin Law coming into effect soon — may be playing a role in the price increase of the active. In the last 30 days, the price of the currency registered a percentage increase of 51%, growing from a low of US$33,000. Despite the rise, it was a tumultuous period for the market-leading cryptocurrency. The US Senate earlier this month approved President Joe Biden's massive infrastructure project, which included some troubling implications for Bitcoin and the cryptocurrency industry in general. The bill's wording seemed to expand the fiscal requirements for actors who take custody of cryptocurrencies, such as miners — a move that industry advocates believe could end innovation in the country. Last month also saw US Securities and Exchange Commission (SEC) chairman Gary Gensler criticize Bitcoin for describing cryptocurrencies as speculative assets that do not meet the requirements of the real currency. The fact that the BTC managed to appreciate despite these negative headlines suggests that the currency is increasingly resilient to the news cycle; unlike the beginning of the year, when Tesla abandoned BTC as a form of payment, causing a price drop of almost 25% in a single week.

Trust of the miners

Mining may also have played an important role in bringing cryptocurrency back to the $50,000 mark. Since China cracked down on miners in June, companies operating in the sector have taken advantage of the drop in competition to boost their profits. In fact, a report by Arcane Research recently suggested that daily BTC mining revenue increased 10% in just one week, with miners raking in about $35 million a day. “Less competition = greater profitability for the miners that are still operating,” said WIll Clemente, an analyst at mining consulting firm Blockware Solutions. merciful added an observation that miners have been insuring their BTC rather than selling it, implying that they believe the price of cryptocurrency will continue to rise.

When Bitcoin first hit $50,000 in February 2022, the price increase validated a surge of institutional interest in cryptocurrency. This wave of institutional investment began when software company MicroStrategy bought $250 million in BTC last year. By the end of 2020, Michael Saylor's company had accumulated half a billion dollars in BTC. Following MicroStrategy's lead, companies like Square and Ark Invest — and investors like Stanely Druckenmiller — have made big bets on the cryptocurrency, pushing the price to an all-time high of $63,000. Along with institutional investment, other large companies have begun to integrate Bitcoin into their services; most notably PayPal, which in October 2020 announced it would offer buying and selling cryptocurrencies to its users. The online payments giant announced this Monday (23) that it will launch its cryptocurrency services in the UK, the first expansion outside the US. Overcoming the $50,000 barrier is also, without a doubt, a psychological milestone. Deane told Decrypt that "the longer the price stays above that level, the more likely it is to become strong support." But despite all the excitement surrounding this latest BTC price onslaught, the cryptocurrency can still be affected by volatility; it all collapsed a few months ago, with the price dropping to less than $30,000 in July. *Translated and edited by permission of Decrypt.co

S nomination committee on the election of a new party leader: Calmer and more open now

Tue Aug 24 , 2021
The election of a new party leader for the Social Democrats will not be as tumultuous as before the election of Håkan Juholt, assures the chairman of the nomination committee, Elvy Söderström. "No, I am not worried. It was a very closed process. We have safe and orderly forms and […] 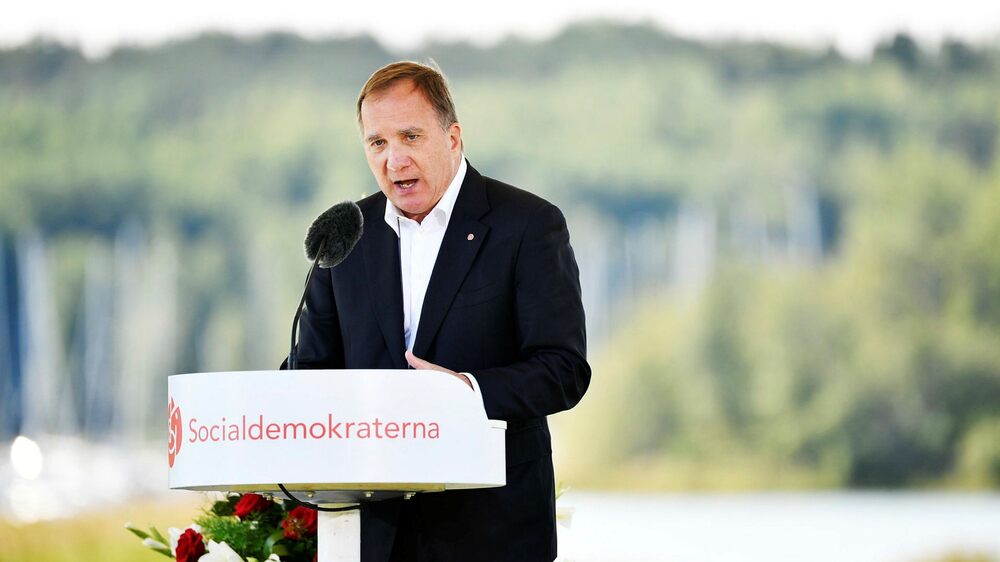