Inflation in Argentina has meant that the peso minted in metal — the currency itself — has more value in the metal market than in trade itself. At least that's what an Argentinean who sold his coins by the kilo to a company in the sector attested to and obtained more than double the official value of the coin. As shown in a video circulating on various social networks, three bags weighing 17.5 kg (about $4,000) earned him $8,750. “We had $4000 in coins, it's 17.5 kilos, they pay $500 per kilo, it's $8750. We achieved almost 120% of performance in a short time”, said the man, at the same time as he showed the proof of the negotiation. The video, initially posted on TikTok, went viral to other social networks, which caught the attention of one of the biggest Argentine newspapers, La Nación, which highlighted the man's speech in the title of his report: “This is what the weight is worth Argentine". The newspaper then consulted the Central Bank of Argentina (BCRA) and asked if the man could be prosecuted for exchanging the coins in that way, relying on the Argentine against the public faith, which provides for one to five years' imprisonment or imprisonment for those who restrict or change legal tender and who introduces, spends or puts into circulation cut or altered currency. In response, the newspaper received a note that clarified that the person's actions do not involve any crime and that they are not studying to do any, because whoever cuts or changes the currency, taking away its ability to circulate, or whoever destroys it, it is not a criminal, but that it is a crime if the alteration is made so that the coin appears to have a greater value than it actually is. The organization added: “The destruction or melting of public money is not a crime. The holder of banknotes who cut them or make them useless only harms himself”.

President of Israel will receive NFT from presidential oath

Sun Jul 11 , 2021
Israel's parliamentary body O  Knesset could become the first government to issue a non-fungible token (NFT) of the original draft presidential oath, which will be delivered to the president-elect, Isaac Herzog, before his inauguration now in July. He will assume the presidency, replacing Reuven Rivlin, who is ending his seven-year […] 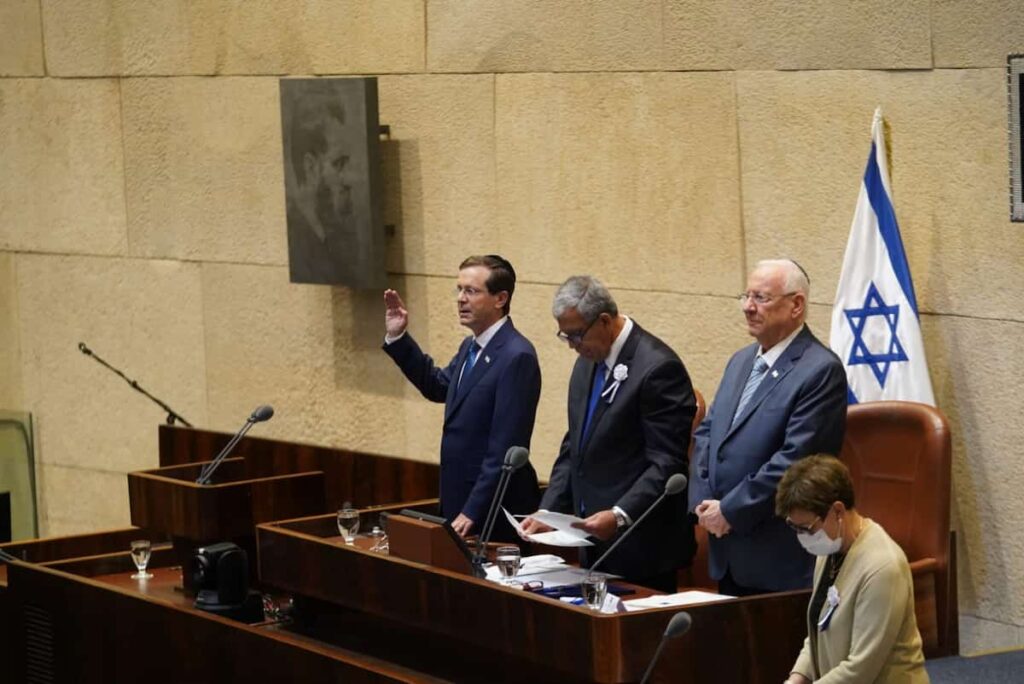