Venezuela's state-owned energy company on Sunday cut off access to the public electricity system at a government-licensed bitcoin mining farm without prior notice. The information was published by the Cripto News portal. According to a source interviewed by the vehicle, who chose not to disclose the name, employees of the National Electric Corporation (Corpoelec) — linked to the Venezuelan Ministry of Electric Energy — visited the area, located in the state of Carabobo, and removed the high-voltage fuses. local tension. The action is out of the ordinary because the harmed miners are licensed by the National Superintendence of Cryptoactives and Related Activities (Sunacrip), the body responsible for regulating all aspects of cryptocurrency mining in the country. The document guarantees them the right to carry out the activity on site. In addition, when state-owned employees went to turn off the power, they did not present a search warrant or give an excuse. There were also no Sunacrip officers accompanying the operation. The entity's presence in inspections became mandatory after the National Association of Cryptocurrencies (ASONACRIP) signed an agreement with the government in early July. According to the source consulted by the website, the action may have been a strategy by the entity to target illegal miners operating in the region. The government, according to the interviewee, may have turned off the electricity in the entire area and then reactivate only the licensed companies that make the proper request. After the damaged mining farm reported the incident, the agency committed to reconnect the miners to the public energy system.

Cryptocurrency mining has been highly regulated in Venezuela since the end of last year. Anyone who mines BTC without having a mandatory government license can have their equipment seized, in addition to suffering the legal consequences of breaking the law. On the same weekend that the state-owned company cut the power to the licensed farm, police authorities seized 140 pieces of equipment from other miners — which this time did not have a government license — in the city of Guacara, also in the Carabobo region, as reported by the Crypt News. A few weeks ago, six Venezuelans were arrested in their homes for mining bitcoin without Sunacrip's permission. By the end of June, the country's authorities had already confiscated 411 ASICs in two other special operations.

Wed Jul 28 , 2021
With the objective of raising R$ 17.5 million, the Movement of Homeless Rural Workers (MST) reached the capital market with receivables. The public offering of CRAs (Agribusiness Receivables Certificates) began this Tuesday (27) and represents a way of financing the movement's agricultural production. The CRA is a fixed income bond […] 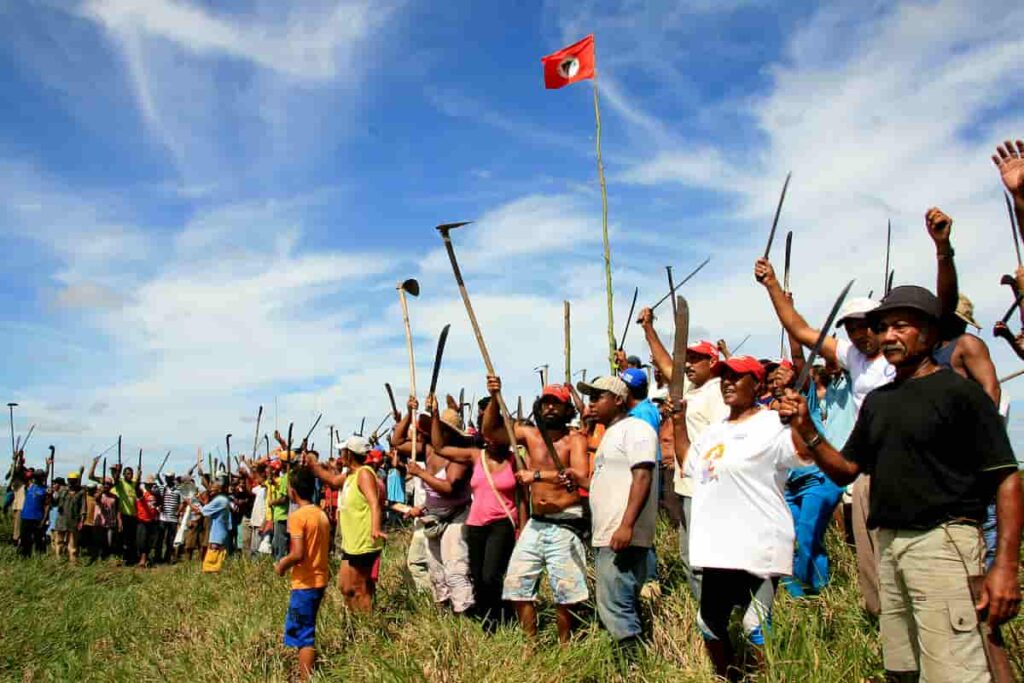