Public authorities in Minas Gerais and Vale (VALE3) will extend negotiations for 15 days in search of a global agreement to repair the collective socio-economic damage caused by the dam breach in the city of Brumadinho, the company said in a note.
According to Reuters, the talks, which are being mediated by the Court of Justice of Minas Gerais (TJMG), aim to end the lawsuit and speed up the reparation for the disaster.

The government of Minas Gerais explained, also in a note, that the extension occurred after the company presented a new proposal, without going into details.
Last week, the government of Minas Gerais had given a final deadline, until this Friday, for Vale to present a new proposal, but informed at the time that no other mediation meeting would be held.

The ultimatum presented came after an impasse between the parties, which failed to reach a financial value.
“The institutions that represent the Public Power evaluate that there is a perspective of evolution in the negotiations. Therefore, they will be extended ”, said the government, in this Friday's note (29).

The dam collapse in Brumadinho occurred on January 25, 2019, releasing a wave of mining tailings that left 270 dead when it reached Vale's lunchroom and facilities at lunchtime, as well as city, rivers and forest.
"Vale considers it fundamental to repair the damage caused fairly and the consensus on the reparatory process with public bodies, legitimate representatives of the people of Minas Gerais, is an important step to speed up the actions," said the mining company in the note.

The company also said that it was also decided that the emergency payment, which would end on the 31st, was extended until February 28.
Both the request for the extension of the negotiations, as well as the emergency aid, made by Vale, were approved this Friday by the president of TJMG, judge Gilson Soares Lemes.

Last week, Reuters published that the deal did not come by a difference of 11 billion reais between what the government of Minas Gerais agreed to receive and what Vale would like to pay, according to a source close to the negotiations.
The authorities had agreed to reduce the amount to be paid by Vale to R $ 40 billion, compared to R $ 54 billion previously requested, said the source, who spoke on condition of anonymity. Vale, in turn, offered R $ 29 billion, the person said, which led to failure at the time in the search for a deal.

See VALE3 on the Exchange:

The post Vale (VALE3) and Estado de MG extend negotiations for an agreement by Brumadinho for 15 days first appeared in 1 Billion Financial Education.

Mon Feb 1 , 2021
Sinqia (SQIA3) announced the conclusion of the acquisition process of Itaú Soluções Previdencárias (ISP), a company of the Itaú Unibanco Conglomerate specialized in financial technology and services for Closed Private Pension Plans – EFPC. All conditions precedent were met for the completion of the acquisition of the ISP. Announced in […] 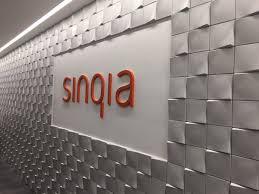