Bitcoin (BTC) hit a low of $29,961.93 on Monday night, and panic selling was possibly fueled by the UST algorithmic stablecoin debacle. UST was born supported by the main cryptocurrency of the Terra ecosystem, LUNA. However, the sustainability of this “ballast” to keep it always paired with the dollar was constantly questioned in the community. The UST has even gotten rid of the dollar on other occasions. 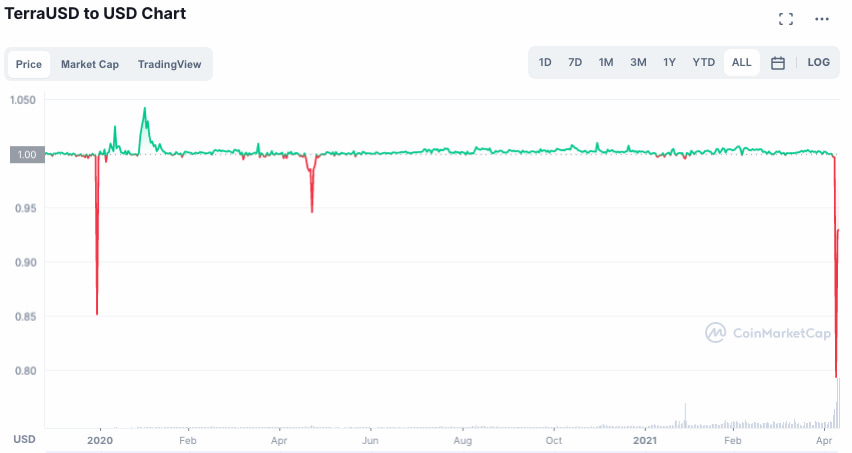 TerraUSD (UST) price chart against the dollar. Source: CoinMarketCap. With the justification of making the UST more secure, the Luna Foundation started buying billions of dollars worth of Bitcoin. But it was not enough to prevent a new fall in the dollar. Early yesterday afternoon, the UST started to fall to $0.98. Considering the lines of Do Kwon, the co-founder of Terra, each UST could be exchanged for 97 or 98 cents on the dollar, regardless of the price. That is, a fall from that would start to cause a liquidation in the thousands of bitcoins that the Foundation held.

Start of UST dollar de-peg on Monday. Reproduction/twitter. As UST is primarily supported by LUNA, its price also began to fall, and would later melt by more than 50%. To try to maintain parity with the dollar, the Luna Foundation Board voted for using bitcoins as collateral for a $750 million loan to protect UST and collateralizing UST for a $750 million loan to buy bitcoin when the market normalizes.

UST continues to melt and Binance steps in

On Binance, a very strong buying force was indeed seen at 98 cents, probably from the Luna Foundation itself. But it was not enough to contain the selling pressure, which took the UST to $0.70, until Binance stopped trading altogether. “It’s not for lack of demand to bid below $0.70. It is simply not possible to send requests via frontend/API. I don’t know what’s going on,” said cryptocurrency analyst Hasu. “More importantly, it is physically impossible to sell $UST on Binance below $0.70. They literally set a floor price. Too much manipulation lol.”

“I don’t think there’s anything terribly wrong with that. Major exchanges use circuit breakers all the time. The likely explanation was that Binance wanted to give bidders more time to top up so that a liquid market could be guaranteed.”

But what about the Luna Foundation bitcoins? Were they all liquidated, further sinking the price of BTC below $30K? This is perhaps the biggest unanswered question in this story, what happened to bitcoins? So far, we know that the Foundation’s BTC wallet was emptied and part went to the OKX exchange.

high amount of #Bitcoin is being played within exchanges, possibly including the Luna Foundation reserves that have ZEROED their wallets 🚨Please note that the selling pressure is quite strong right now. caueconomy) May 9, 2022 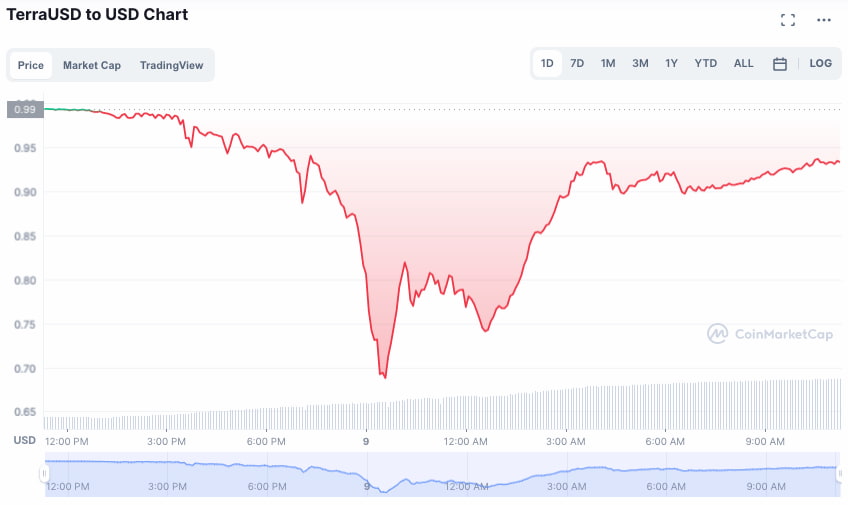 Wed May 11 , 2022
Evidently, Terra’s ecosystem has been in a bit of a bind lately. The price of its two native tokens, LUNA and UST, have been falling mercilessly on the charts. yesterday’s accident removed 60% and 40% of the respective values ​​of the tokens. With bearish sentiment still prevailing, LUNA is valued […] 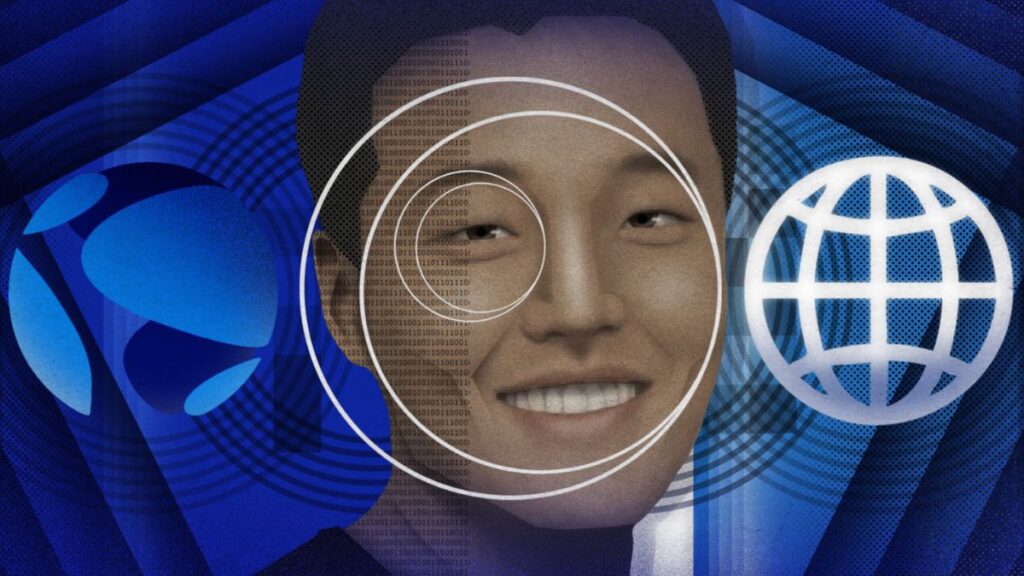