The US Securities and Exchange Commission (SEC) announced on Monday (9) that the Poloniex cryptocurrency exchange agreed to pay more than $10 million in fines to close an administrative proceeding for the illegal offer of securities, made between the years 2017 and 2019 to American investors. The amount will be collected in court and later passed on to the victims. “Pooniex operated an online trading platform that facilitated the purchase and sale of assets, including digital assets that were investment contracts and therefore securities,” says an excerpt of the decision, which called for a refund of US$8, 5 million, a civil fine of US$1.5 million, plus interest on the amounts of US$400,000, totaling US$10,388,309.00. According to Kristina Littman, director of the SEC's cybercrime division, when Poloniex had the opportunity to approach regulators to make an offer under US law, the company chose to remain illegal. “Pooniex chose higher profits over compliance with federal securities laws, including digital asset bonds on its unlisted exchange,” said Littman. In addition, the director continued, "Poloniex tried to circumvent the SEC's regulatory regime, which applies to any market that brings together buyers and sellers of securities, regardless of the technology applied." Poloniex, a platform that was once owned by payments company Circle —  from February 2018 to November 2019 — is now called Polo Digital Assets and is headquartered on Eden Island, in the Seychelles Islands. Circle, for its part, claimed last month to have lost $156 million after paying $400 million in 2018 at Poloniex — a company that in the US was not even registered as a cryptocurrency exchange, quoted the Coindesk. In April of this year, the United States Department of Justice (DoJ) authorized the country's Internal Revenue Service (IRS) to subpoena both companies in an action by the agency that seeks to collect taxes owed in the past, that is, from those who transacted at least US $20,000 in cryptocurrencies between 2016 to 2020 on American soil.

Tue Aug 10 , 2021
Amsterdam, the Netherlands – October 24, 2018: Website of Axie Infinity, a game about collecting and raising fantasy creatures called Axie.It's impossible not to talk about blockchain games these days and not to mention Axie Infinity, which successfully introduced the play-to-earn blockchain game format. This business model has created an […] 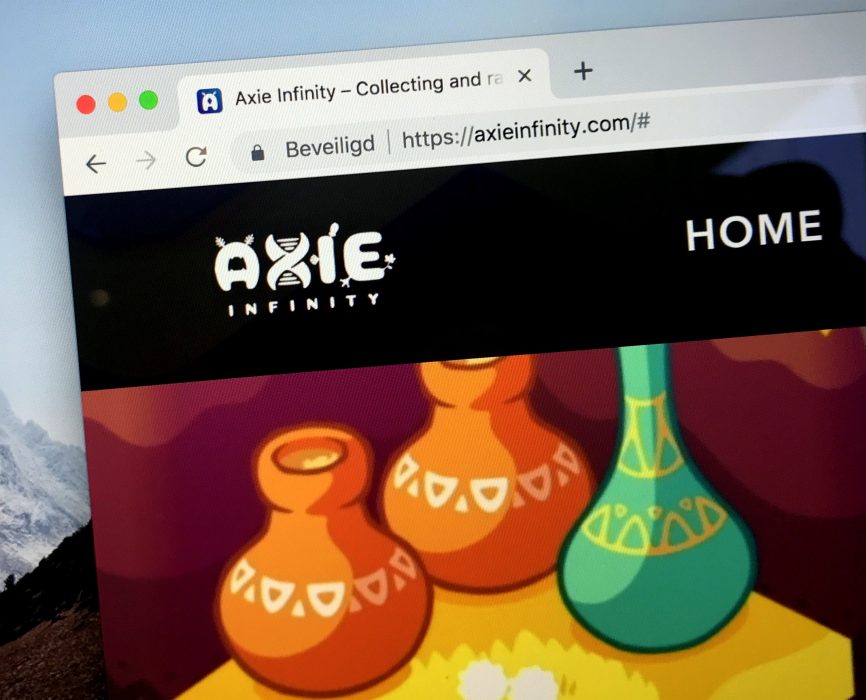