At an open meeting on Tuesday (16), about 100 Bitcoin developers discussed what would be the best way to start activating Taproot, an update that makes transactions more efficient and private. There is nothing certain yet, but they have already decided some dates. What will be the impact on the price of bitcoin? We will discuss this throughout the text. This discussion is not new and we talked about it a year ago in the article “The challenge of Bitcoin devs: How to update a decentralized network“. Giving the opportunity for miners to use their veto power to force different updates, as was attempted in 2017 with Segwit2x is a concern of Bitcoin's main devs. of the community. For this reason, programmer Luke Jr considered the unproductive meeting, although the only consensus not reached was on the “LockinOnTimeout” parameter. This parameter basically decides whether or not miners will have full Taproot veto power. Considering that the improvement in Bitcoin has broad support from the community, Luke and other developers believe that the best way to proceed with Taproot it is giving the opportunity for miners to carry out an early activation or not, but without giving the veto power.

Most developers, however, chose to follow with solutions similar to BIP9: miners can reach a 90% consensus and activate Taproot or not. If more than 10% of the blocks do not show support, the update is forbidden. See below the “vote” of each devs who decided to give their opinion on this issue.SurnamePress activation (LOT = true)Give miners the veto power (LOT = false)belcherXXbenthecarmanXXwaxwingXXhsjobergXfjahrXdevrandomXXdarosiorXandrewtothXluke-jrXenzyXXviaj3roXXachow101XvirtuXproofofkeagsXXnicklerXXsatosaurianXeeb77f7f26eeeXgg34XXhardingXjonatackXooxingxyytxycr

If all goes well, we will have Taproot in July or August

Although the Bitcoin consensus model looks complicated and there is still an open discussion on this topic, everything else seems to have been resolved. If everything goes as planned, users will be enjoying better and cheaper transactions even in the middle of the year 2022. The expected schedule is: 2022: 17-31 March: Full node software launched with Taproot activation deployment.2022 : July 23: The economic majority is updated. The miner's signaling begins to indicate preparation to protect the economic minority that has not yet upgraded.2 weeks after 90% of the hashrate is positively signaled: Taproot active. The start of activation was chosen for block 693504, around 23 July, as it coincides with the end of the Bitcoin Core 0.20 maintenance period, making devs more confident that there will be no serious bugs. In addition, it is enough time for network participants to update their software. The consensus limit of 90%, more precisely 1815 of 2016 blocks signaling support in an approximate period of 2 weeks, was chosen to prevent a small number of miners can interrupt the update. At the same time, being a percentage high enough to ensure that the chain of Taproot blocks always has a lead ahead of any invalid chains. Finally, another important reason was that most of the Bitcoin hashrate already signals support for updating privacy. And that number is estimated at around 90% at the time the meeting was held. For that reason, we will probably have an even better Bitcoin around July or August this year.

What will be the impact on the price?

Bitcoin's last major update on August 23, 2017 was followed by a historic high that took crypto prices up. Segwit was implemented, an improvement in the security of the protocol that gave a space bonus for more transactions in the cryptocurrency. Bitcoin price between August 1, 2017 until the beginning of 2018. Source: CoinMarketCap.Correlation does not mean cause, for this reason we cannot say that the segwit resulted in the high of 2017. Even because the technology only gained traction in March of 2018, when the mark of 30% of transactions from segwit addresses was reached. To date, more than 3 years later, the update is only used for half of the transactions in the blocks. For Pieter Wuille, Bitcoin developer who proposed the segwit, “the price is almost entirely unrelated to the technology”. For these reasons, a rise or fall in crypto in the short term can be unpredictable. We have no historical data, let alone the ability to predict the future. However, we know that Taproot will provide more scalability, privacy and a range of smart contracts for transactions. That is, great prospects for those who invest in the long term, since the network will support even greater adoption. If consensus is reached, as everything indicates that it will be, we will not see a currency split as it did in 2017 – when Bitcoin (BTC) broke up from Bitcoin Cash (BCH). To be sure about the direction of Bitcoin enter our channel of Telegram.

Thu Feb 18 , 2021
Upon receiving 5,000 cryptocurrency mining machines and obtaining an endorsement from Kevin O'Leary of the Shark Tank, SOS Limited's stock prices rose to more than $ 15. Bitcoin's rise has not only benefited cryptocurrencies in general, but has brought the crypto market as a whole to new heights. Price developments […] 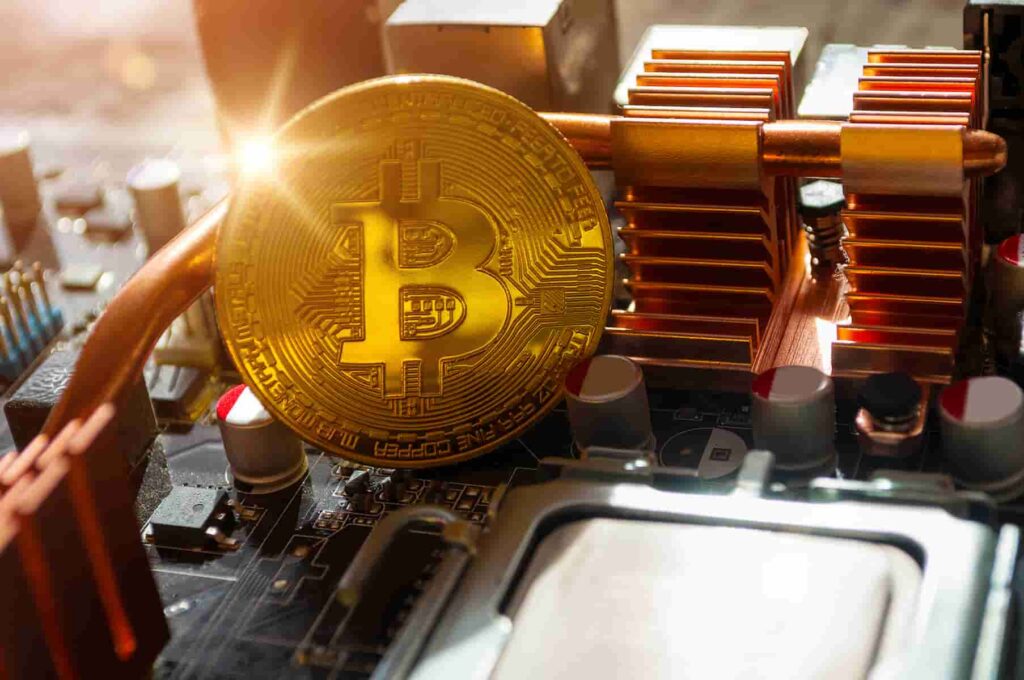