Russia Won’t Use Cryptocurrencies to Avoid Financial SanctionsBitcoin Hits $45,000 and Altcoins Calm DownThis Wednesday (02) Bitcoin (BTC) briefly hit $45,000 – its highest price mark in approximately three weeks. Most alternative cryptocurrencies have calmed down to the same level as yesterday. Check out in today’s Market Summary why Russia will not be able to use cryptocurrencies to avoid financial sanctions, according to Brad Garlinghouse, CEO and co-founder of Ripple. 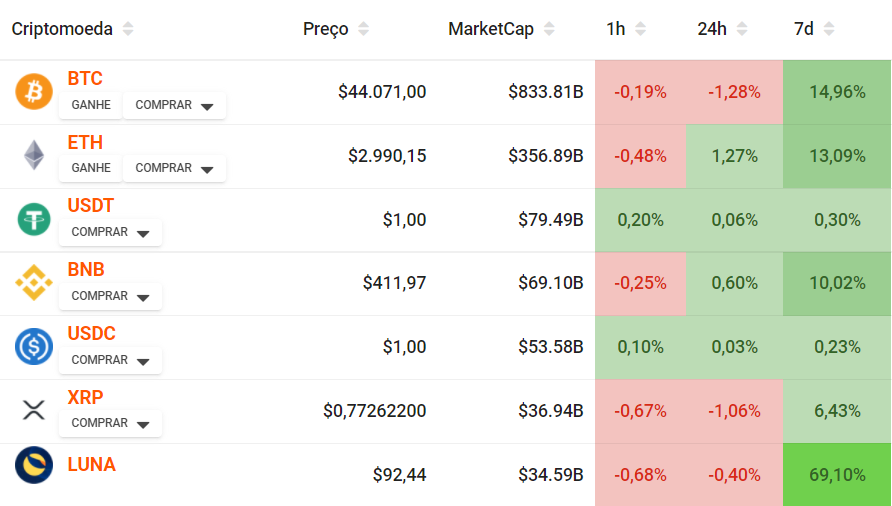 The volatile roller coaster ride in the cryptocurrency market has continued over the past 24 hours, led by the movements of the Bitcoin (BTC). The asset dropped to just over $34,000 last week as Russia launched its special military operation against Ukraine. In a matter of hours, the cryptocurrency regained all the lost value and even reached $40,000. Furthermore, it reached $45,000 yesterday, which became its highest price line since Feb 10. As of now, bitcoin has lost some ground and is hovering around $44,000. However, its market capitalization remains well above $800 billion.

Even with all the political tensions affecting the market, investor sentiment remains neutral, according to Alternative.me’s Market Fear and Greed Index.

Why Russia can’t use cryptocurrencies to circumvent financial sanctions

A week after Russian President Vladimir Putin ordered a full-scale invasion of his neighbor, bombings of Ukrainian cities continued as Western nations tightened sanctions on Moscow. US President Joe Biden banned Russian planes from US airspace, warning that Putin “had no idea what was to come.” On this day, European stock indices continued to fall, with the STOXX 600 holding -0, 7% at 0857 GMT and Germany’s DAX down -1.2% on the day. European bank shares also fell further after Russia’s European arm of Sberbank was forced to close. MSCI world stock indexwhich tracks actions in 50 countries, fell 0.4%.In light of this scenario, Ripple CEO and co-founder Brad Garlinghouse recently took to his Twitter page to explain why the Russia cannot use cryptocurrencies to avoid global sanctions.Garlinghouse noted that cryptocurrency trading platforms work together with various banking partners who risk losing their licenses if a blacklisted individual ignores all security measures in place. According to Garlinghouse, it was to prevent such incidents that cryptocurrency exchanges have put in place a number of strict measures, including strict know-your-customer (KYC) and anti-money laundering policies.. He continues, giving an example: “RippleNet, for example, has always been – and remains today – committed to NOT working with sanctioned banks or countries that are restricted counterparties. Ripple and our customers support and enforce OFAC and KYC/AML laws.” Garlinghouse pointed out that the argument that cryptocurrency is favored by criminals to launder funds is “outdated and tired”. Read too: Consulting firm expects criminal cryptocurrency transactions to drop 30% by 2024“Instead of listening to responsible gamblers who have made it clear they will comply with legal sanctions, some experts and the media insist on continuing to paint cryptocurrencies as Silk Road – a exceptionally outdated and tired argument that simply does not apply today,” he concluded.

Altcoins have also had a breakneck pace recently, but most have calmed down in the last 24 hours. O ether (ETH) is among the best performers, as went from $2,200 to $3,000 in less than a week. The second largest cryptocurrency is still located near this level. Solana (SOL) surprised since yesterday. SOL rose ~5.5% and is traded above $100.The result of the main altcoins in the last 24 hours is as follows: Ethereum (+1.27%)Binance Coin (+0.06%), Ripple (-1.06%), Earth (-0.40%), Solana (+5.49%)Cardano (-0.30%), Avalanche (-3.26%), Polkadot (-0.38%), Dogecoin (+0.52%) and Shiba Inu (+1.81%).According to CoinGoLive, the market capitalization of all crypto assets reached around $2.02 trillion this Wednesday.Follow the news of the crypto market on the networks | Telegram | twitter | Facebook | Instagram | of Cointimes and have a great trading day.Buy and sell Bitcoin and other cryptocurrencies on Coinext
The complete broker to safely and conveniently invest in the most traded cryptocurrencies in the world.
Register and see how simple it is, visit: https://coinext.com.br

Thu Mar 3 , 2022
Former Goldman Sachs hedge fund manager and crypto billionaire Mike Novogratz has recently weighed in on the state of the crypto market amid the ongoing Russia-Ukraine war crisis. Speaking to Bloomberg on Tuesday, March 1, Novogratz said that the war between Russia and Ukraine will serve as a potential boost […] 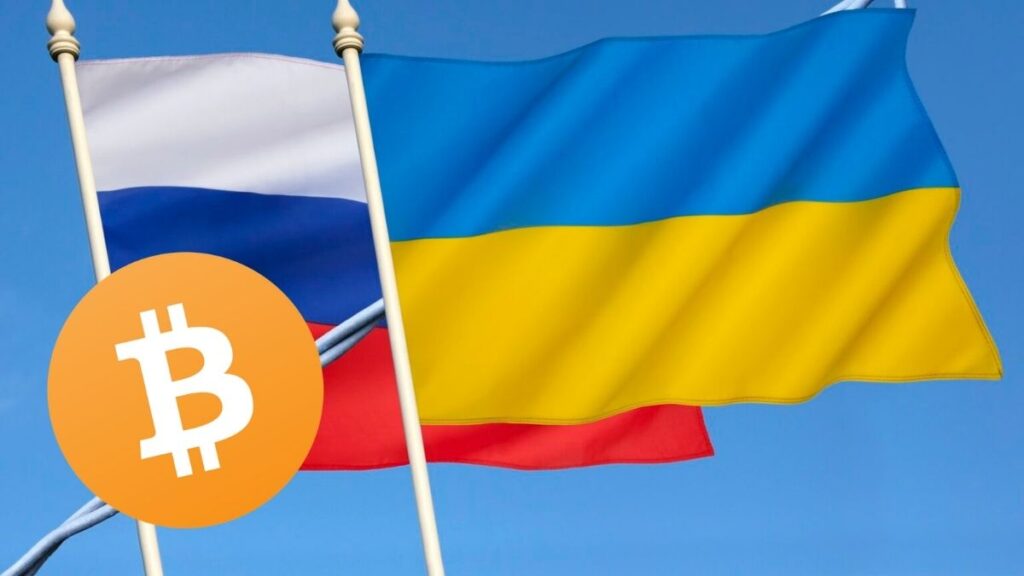