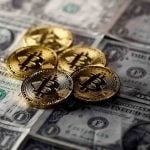 You've probably heard that El Salvador is issuing bitcoin-based debt securities . Today, the finance minister of El Salvador, Alejandro Zelaya, said that the government will be sending about 20 laws to give clarity to cool "Bitcoin Bonds".

As we explained earlier, the country's bitcoin bonds, announced in November 2021, represent a form of investment in “Bitcoin City” , El Salvador's BTC-based city that will use the energy of volcanoes to mine bitcoin.

For the small Latin American country, however, bitcoin could end up being the salvation of all its public debts. That's what experts like Max Keiser, journalist and bitcoin enthusiast since 2011, and Paolo Ardoino, CTO of Bitfinex and Tether, believe.

In an interview with The Pomp Podcast, Max Keiser and his wife Stacy Herber said they will invest in the bonds, as the yields beat inflation and can still gain from the appreciation of bitcoin. But beyond the numbers, Bitcoin titles represent a historic moment.

“Last I checked, they [El Salvador] had approximately $20 billion in debt. I think they can get out of debt in the next 10 years by selling these 'volcano bonds'.

You [Anthony Pompliano], I believe, said on Twitter that you believed these titles would be oversubscribed [ie, they would be in demand above the expected $1 billion limit] and I agree with you on that.

It's a fantastic bond and they could sell 10 or 20 billion [dollars] in a world with a trillion dollars worth of derivatives out there, and people desperate for ROI.” said Max Keiser.

Using bitcoin to reduce its costs of attracting capital, whereas El Salvador's regular bonds pay twice as much as bitcoin bonds because they don't have the BTC's upside potential behind them, El Salvador could get rid of the International Monetary Fund (IMF ).

Paolo Ardoino, head of technology at the exchange that will broker the sale of Bitcoin bonds, is of a similar opinion. In an interview with Cointimes , he suggested that if bitcoin bonds were a success, there would be no reason for El Salvador to stop raising additional funds.

“If with the first title they deliver exactly what they promise, other titles will follow the same path. And the beauty of it is that everyone has invested in something that will have a high return for the country.

And on top of that, the money will improve tourism, infrastructure, and all that stuff. I know people who would like to buy houses in El Salvador now just because they can pay in bitcoin, pay little taxes, have residency, possibly citizenship…

So that's the smart way to attract money. And money attracts money. So if they play with the right cards, and deliver according to the promises of the first title, I believe Max Keiser is correct when he says that El Salvador can pay all its debts.”

When asked if Bitcoin could be the solution for other countries to pay their debts as well, Paolo replied that he believes so.

In Paolo's opinion, El Salvador was possibly only inclined to accept bitcoin as an alternative currency because they no longer had their own sovereign currency. "Countries with local currencies will likely be the last to give bitcoin some freedom and permission."

“There are countries in Africa and Asia, for example, that don't have their own currencies, so they use foreign currencies. And these are the countries that will definitely follow the path of El Salvador more quickly”, concluded Ardoino.

The content Understand how Bitcoin can be the bailout of public debt for countries first appeared in Cointimes.