Russia claims to have taken control of Mariupol. But it is rejected by Ukrainian Prime Minister Denys Shmyhal – who says the soldiers “will fight to the end”. “The city has not yet fallen,” he told ABC.Published: 17 April 2022, 16:51Russia has said that Ukrainian soldiers in Mairupol should be spared if they lay down their arms. Otherwise, “elimination” of the resistance threatens. But the Russian ultimatum seems to be defied by the soldiers. ”Our military forces, our soldiers, remain. They will fight to the end “, says Denys Sjmyhal in an interview with ABC.President Volodymyr Zelenskyj says in turn in an interview with CNN Ukraine is not ready to give up territory in the eastern parts of the country to end the war against Russia. He explains that Ukraine’s defense forces are prepared to fight the Russian military in the Donbass in a battle he says could affect the development of the entire war. Zelensky also tells CNN that his country has no guarantee that Russia will not try to conquer Kyiv again. if the country fails to conquer the Donbass area. ”That is why it is very important for us not to let them, to hold our positions, because this kind. . .it can affect the whole course of the war, ”he says. It was on Saturday night that the Russian government gave Ukrainian and foreign soldiers, who remain in the strategically important port city of Mariupol, a deadline on Sunday to lay down their arms in exchange for their safety being guaranteed. will be dealt with in line with the Geneva Convention on Prisoners of War. However, no mention was made of what awaits those who continue to fight.It’s something unclear According to Igor Konashenkov, a spokesman for the Russian Ministry of Defense, the Russian military controls Mariupol. The remaining Ukrainian soldiers have taken refuge at the Azovstal iron and steelworks. Around 2,500 people may be at the plant, according to Konashenkov. But there are more than the country’s president and prime minister who say Ukraine does not intend to capitulate. “I spoke to them yesterday, and I know they will fight to the end.” “Oleksiy Gontjarenko, Member of Parliament for Odessa, told the BBC. Petro Andriushchenko, adviser to Mariupol’s mayor, said on Sunday that Ukrainian forces will continue to defend the city,” CNN reports. “Even today, our defenders continue to resist,” he . Ukraine’s Deputy Defense Minister Hanna Malyar describes Mariupol as a “shield that defends Ukraine”, as the Russian soldiers surrounding the city cannot continue to other parts of the country. Fierce fighting has been fought in Mariupol since the beginning of the Russian invasion on February 24. Large parts of the city have been destroyed in Russian bomb and artillery attacks and thousands of civilians are feared to have been killed. The Russian Defense Ministry said in a statement on Saturday that the port city is now controlled by the Russian military.New Russian attacks against Ukraine’s second largest city Kharkiv was reported on Sunday and at least five people have been killed, according to the regional Ukrainian health authority. Russia said the other day that it would step up its attacks on the capital Kiev. According to the mayor of Brovary, a city on the outskirts of Kyiv, infrastructure was hit on Sunday morning, reports AFP. “As a result, we have not agreed with Russian forces on the conditions for the evacuation.” Unfortunately, we can not open any humanitarian corridors today, “said Iryna Vereshchuk, Ukraine’s Deputy Prime Minister, in a statement. writes in its latest status report that Russia is moving munitions from Belarus to the eastern parts of Ukraine. “Although Russia’s operational focus has shifted to eastern Ukraine, Russia’s ultimate goal is the same,” the ministry said.

Expected for X80 in 2022, this coin will be a bigger breakout than Bitcoin, Doge or Cardano

Sun Apr 17 , 2022
Hundreds of new altcoins enter the market every year, but not all of them become rising stars. So what attributes set success stories apart from the competition? One coin that analysts are backing as one of the most promising newcomers of 2022 is RBIS, the token behind the ArbiSmart project. […] 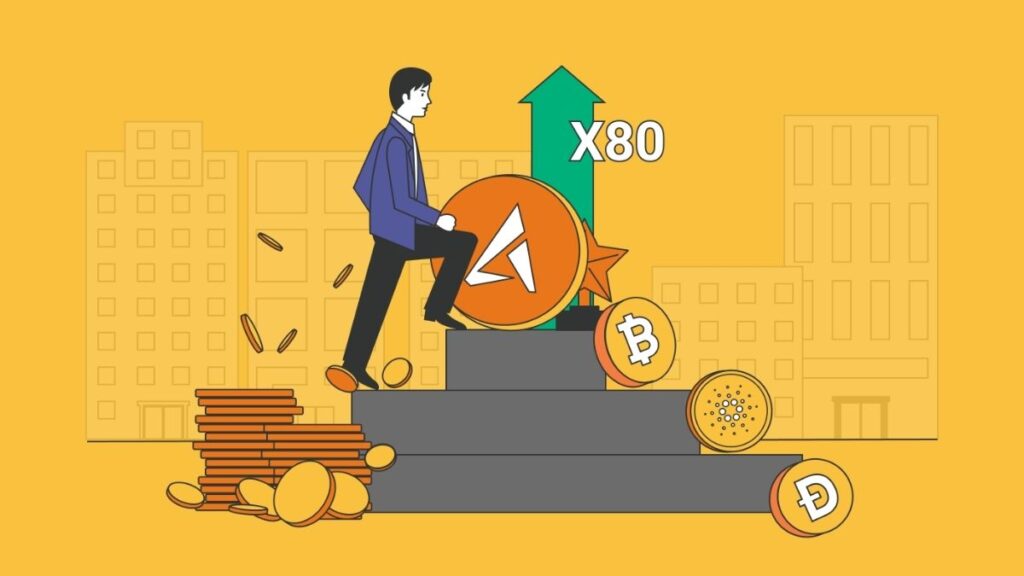