Paribu, launched in February 2017, is one of Turkey's most popular crypto exchanges, with around 5 million users.

In a post yesterday, “Turkey's highest volume cryptocurrency trading platform” (with an average daily transaction volume of US$600 million) announced that it had listed Shiba Inu.

Coinbase, another popular crypto broker, described Shiba this way when they announced cryptocurrency on their platform (on June 15) Coinbase Pro:

“Shiba Inu (SHIB) is a token that aspires to be an Ethereum-based alternative to Dogecoin (DOGE), the popular memecoin. Unlike Bitcoin, which is designed to be sparse, SHIB is intentionally abundant (its circulating supply of one quadrillion). The Shiba Inu Token ecosystem supports projects such as an NFT art incubator and the development of a decentralized exchange called Shibaswap.“

From Oct 23 until today Oct 27, the SHIB token has valued around 140%. The community argues that this is just the beginning, while skeptics say a “bubble” is forming.

And while many retail investors believe the meme-token is the next Dogecoin in the cryptocurrency world, it's quite possible that many Robinhood users would appreciate the opportunity to invest their money in a meme based on another meme.

As Robinhood reported yesterday (26), its cryptocurrency transaction revenue plummeted 78% in the third quarter compared to the previous three months.

Meanwhile, #SHIBARMY was on Twitter and social media was buzzing with requests to allow you to trade the currency in your app.

But the company hesitated, justifying that despite the demand and fierce competition from other brokerage platforms that have already listed Shiba Inu, the regulatory environment around the new currencies is still evolving, and said it will remain cautious about adding new currencies , especially if there is a risk of raising concerns from regulators about unregistered bonds.

In the second half, Robinhood earned approximately 64% of $233 million in revenue from DOGE alone.

But in the third quarter, cryptocurrency-related revenue dropped to just $51 million as DOGE (which had been trumpeted by billionaires like Elon Musk and Mark Cuban) lost some media space.

Shiba Inu – who calls himself “The Dogecoin Killer” – is now taking his place in the hearts of memecoin enthusiasts.

Shiba Inu had reduced some of his earnings earlier this week after Elon Musk tweeted that he didn't own the coin. In a subsequent tweet, he said he bought Bitcoin, Ether and Dogecoin and "that's it".

Meanwhile, a petition on Change.org asks Robinhood to list SHIB on their platform, and it has already attracted more than 325,000 signatures. Will they have the strength to get the listing?

Five cryptocurrencies that collapsed with the fall of Bitcoin

The recent drop in the price of bitcoin has affected most cryptocurrencies and the global market has already lost about US$ 200 billion in the last 24 hours, considering this Thursday afternoon (27) and Coinmarketcap data. However, this shrinkage of the market after significant increases is normal, especially from the largest crypto in the […]

The post Five cryptocurrencies that collapsed with the fall of Bitcoin first appeared in the Bitcoin Portal . 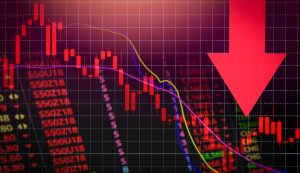