In the last 24 hours, the cryptocurrency market once again rose with the recovery of Bitcoin on the exchanges. However, what may have gone unnoticed is the unusual rise in Monero fundamentals (XMR), regardless of what Bitcoin has done. Monero's daily transactions have reported a huge increase in recent days. According to data provided by LocalMonero's block explorer, the number of transactions per block was between 20 and 30 after the fall of May. However, given the rally that pushed Monero's price by at least 15% in recent days, average daily transactions per block also accelerated at a surprising pace. The aforementioned peak is clearly visible in the following graph:Average daily transactions per block. Source: LocalMonero. According to the same website, Monero transactions per block were limited to 26.3 transactions on July 21st, but there was a sudden increase the next day, taking the number to 47.2 – almost double the figure observed the day before. At the time of publication, the peak was marked at 59.1 transactions. Interestingly, the aforementioned increase in transactions occurred despite efforts made to make Monero traceable. Last year, CipherTrace announced the filing of two patents on technologies capable of tracking transactions for Monero. However, according to a survey by Carnegie Mellon University, only 30% of XMR transactions would actually be traceable if for some reason the view keys of XMR users were leaked, compared to 99.95% of Zcash transactions. Due to the lack of pattern in the number of subscribers to ring subscriptions at the beginning of Monero's development, however, the network currently has fixed and mandatory ring subscriptions. According to the survey, which was not peer-reviewed, the heuristic accuracy of analyzes performed by the study has dropped by 3x since the network update in April 2017.Possibly traceable XMR transactions dropped precipitously after updates. Reproduction/Alt-Coin Traceability, 2020. Given Monero's single-use addresses for each transaction, it is able to avoid ‘linkability’. The blockchain traceability problem is addressed with ring signatures, making room for plausible denial and the user balance is hidden with zero knowledge proofs, which we explain more in the video below: Now, several updates have been made to the protocol from 2017, updates that promoted more security and privacy. In fact, these updates have led some researchers to claim that less than one percent of transactions performed using Monero in the past two years were “traceable” ​​according to most of the analysis methods used. Needless to say, the Monero community has been talking a lot about its features, with one user explaining: “#Monero uses a different protocol than #Bitcoin. It's called CryptoNote. CryptoNote works by grouping many transactions. This makes it impossible to tell which entry (senders) each transaction belongs to.” While Bitcoin remains the most talked-about cryptocurrency and is considered an asset with values ​​like cash, the Monero community believes similar points can also apply to XMR.

All the talk about #bitcoin on #thebword makes me bullish for #monero too as, in fact, all the points defending bitcoin as money also apply to monero.
The difference is that monoro adds fungibility and is perfect for end user, P2P transactions.
And it's clearly more cypherpunk.— bignastyhaɱɱer (@bignastyhammer) July 21, 2022

“All the talk about #bitcoin in #thebword makes me optimistic about #monero, as, in fact, all the points that advocate bitcoin as money also apply to monero. The difference is that monero adds fungibility and is perfect for transactions End-user P2P. And it's clearly more cypherpunk.” – said a user on Twitter.

While there is still room for improvement in terms of privacy, it could be argued that this principle is closer to Monero's core ideas than most. Given the broader response from the crypto community, the privacy of financial data remains one of its most significant demands, in addition to the speed of transactions.See too:Buy Bitcoin at Coinext
Buy Bitcoin and other cryptocurrencies at the safest broker in Brazil. Sign up and see how simple it is, go to: https://coinext.com.br

Sun Jul 25 , 2021
Bitcoin (BTC) and Ethereum (ETH) both bounced back from the crash earlier in the week, which sent the two cryptocurrencies down to the lowest levels in months. The BTC is trading at $34,458 this Saturday afternoon (24), according to CoinMarketCap. The value is 17% higher than the US$29,300 registered by […] 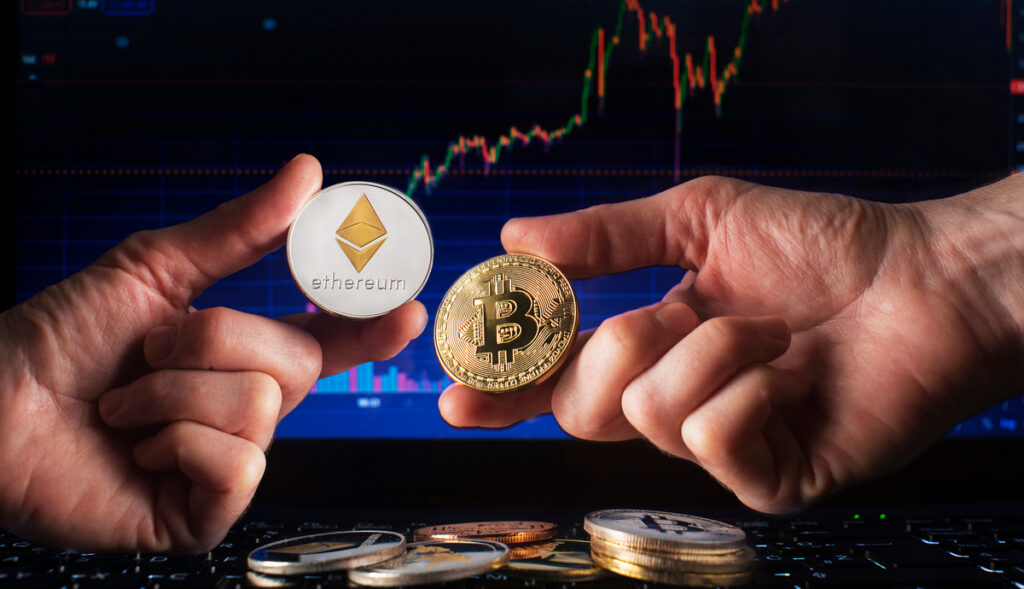