With a Ufo Sweden mug in his hand Crazy Pictures CEO Olle Tholen embarks on a small philosophical journey: “We all embark on the inexplicable, things that we can not really put into words. I and many with me are probably convinced that there is so much more than we can understand “, he says. To believe is one thing, to know something completely different is the tagline in his and the film collective Crazy Pictures’ new big movie venture” Ufo Sweden ” , which is distributed by SF Studios and which is expected to be this year’s big Christmas Day film in cinemas. Olle Tholen describes it as the child of love between “Archive X” and “Stranger Things” straight down in the Östergötland soil. The protagonist Inez Dahl Torhaug portrays a foster-placed teenage rebel who suspects that her father is not dead but kidnapped by a UFO and who therefore enlists the help of a UFO association to find out the truth. ”We explore a genre that the Swedish people are not very used to seeing in their own language. Mixing “ET”, “Archive X” and “Stranger Things” and then putting the plot in little Vånga (outside Norrköping) creates a clash that is very lovely. And in our film, it is not an FBI gang that handles the investigation, but a gang that is more reminiscent of a dry tenant-owner association. “Photo: Samuel Westergren – WepixInspiration has Crazy Pictures taken from Archives for the Unexplained, a kind of “reality Archive X” which houses almost 3.5 shelf kilometers of archives and books distributed in 15 basement rooms in Norrköping, which Di has previously visited. “When we went there a couple of years ago, we were met by an underground world and an association that really exists against all odds. They are neither fanatical nor brainwashed, but dismiss most things in a critical way. We recognize ourselves in the association, the small and a bit headstrong group towards the big world “, says Olle Tholen. However, it would be true with some modification to say that Crazy Pictures, which was long associated with twisted short films on Youtube (e.g. “Poetry to fish”), no longer reaches the spotlight. Their first feature film, “The heyday is coming”, attracted 115,000 visitors to cinemas around Sweden in 2018. “The ambitions we had then were as naive as high, otherwise you can not get through such a ‘against all odds journey’ . We had to think that many would see it in cinemas. 115,000 is described as a Swedish cinematic success, but it was rather that we breathed a sigh of relief that we went in line with the vision than that we were lyrical about it. ”Before the debut, Crazy Pictures strived to reach the Swedish audience, but it ended with that the film was sold to 116 countries. ”It was a completely new landscape that opened up for us. Now Danish Reinvent Studios handles our sales in the world and we think internationally from the beginning, ”emphasizes Olle Tholen.

Among the participants are twice the Golden Beetle Award-winning Eva Melander, Oscar Töringe from “Thin Blue Line” and 18-year-old Inez Dahl Torhaug, who makes her feature film debut. The film takes place in Norrköping in 1996 and follows the teenage rebel Christmas Day 2022.Even when it comes to the financial the muscles get Crazy Pictures to relate to a new reality after the disaster film success. The budget of SEK 40 million this time is more than double in comparison with the debut. “But this time too we have had to conjure with our knees and surpass ourselves, all for the feeling that the film has cost another zero. Actually, the movie should have cost at least twice as much. The difference is that we had a 60 day recording period now instead of 120 days. In addition, we have not had to raise private capital. The actors have not had to worry about not getting paid if the film does not fly. ”Olle Tholen believes that“ Ufo Sweden ”is a counter-reaction to the previous film, which he paints as dark, horrible and suggestive. “Flowering time” was the perfect school. We have taken out the most delicious thing we did then and created a more ‘accessible’ film. “Photo: Samuel Westergren – WepixThe Crazy Pictures collective, consisting of five childhood friends, began making films as a 19-year-old. “After 15 years together, it is clear that we have become other people over the years. But it is the same effort and community that is behind it as when we made zero-budget films. Then as now, the film goes first. It will in the long run benefit our company. As a company, we should always bow during the film “, says Olle Tholen.Ufo Sweden takes place, just like” The flowering time is coming “, in and around Norrköping – something that has become Crazy Pictures’ hallmark.” We believe in daring to be super local, it’s nothing we mess with. More medium-sized cities should think along the same lines. It is usually only an advantage if you want to reach out internationally. ” Henrik Lenngren

In which countries is Bitcoin (BTC) legal tender?

Mon May 9 , 2022
There are currently only two countries in the world where Bitcoin has been officially declared legal tender. Bitcoin as legal tender Both are poor or relatively poor countries with a small number of inhabitants. The main thing they have in common from a monetary point of view is that they […] 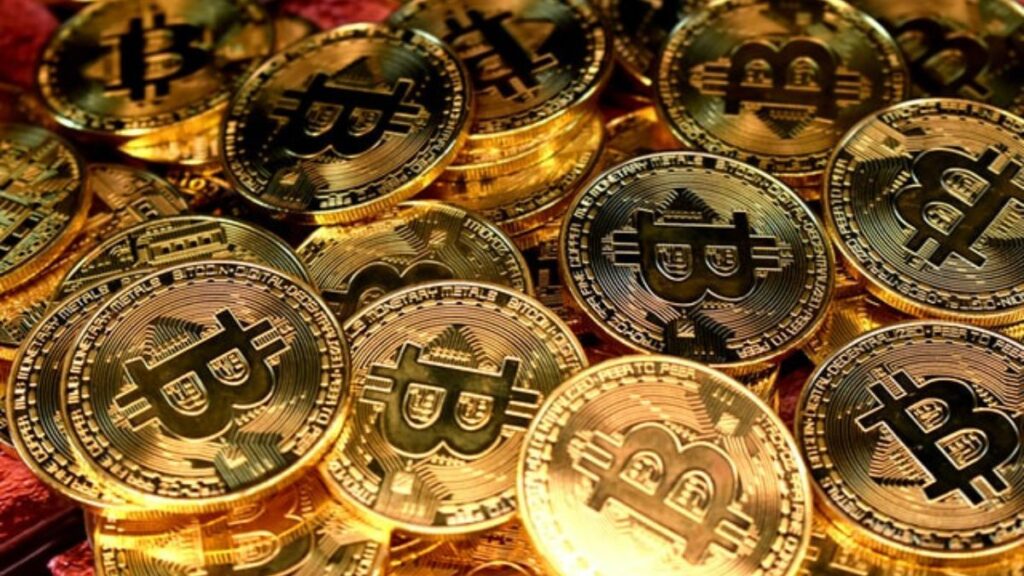