Free allocation of emission rights from the EU has become a source of revenue for many Swedish companies. When the Union prepares to restrict access, companies can lose a source of income.Published: 25 June 2022, 12:41 Almost half of the emission rights within the EU ETS trading system are distributed free of charge to the Union’s industries. The reason has been to protect the internal market from competition from countries with lower demands on climate and the environment. Every year during the period 2021-2025, Swedish operations are allocated almost 17.5 million emission rights free of charge. If these were traded at the average price on the European energy exchange EEX last year, they would have cost around SEK 9.9 billion. The system has long been criticized for being too generous. With the EU now aiming to reduce emissions within the Union by 55% by 2030 compared to 1990 levels, the system needs to be tightened. On Wednesday, the European Commission voted in favor of a proposal to gradually phase out the free allocation between 2027 and 2032 for certain industries. This probably means that some companies will incur higher costs when they instead need to buy emission rights, while others will lose a source of revenue. the paper and pulp industry receives significantly more emission rights than they dispose of, which can thus be resold. Last year, the sector had a surplus of 2.5 million emission rights, worth SEK 2.2 billion if they were to be traded today. Among those who go big every year are, for example, SCA (surplus of 346,908 allowances last year), Stora Enso (surplus of 685,650 allowances last year) and Billerud Korsnäs (surplus of 527,296 allowances last year). Nevertheless, the paper and pulp industry is one of the industries proposed for continued free allocation of emission allowances, as they will not be covered by the EU’s new carbon dioxide tariff. However, both Parliament and the Commission are proposing that their allocation per tonne produced be reduced by just over a third compared to current levels, starting in 2026. However, the steel and cement industry, with the proposal the European Parliament voted in favor of, will no longer receive a free allocation . SSAB and Cementa, today, admittedly receive fewer emission rights than they need and must annually buy more supplements on the European energy exchange. But the price tag cannot be compared to if they had to pay for all their emissions. For SSAB, last year’s price tag would then have been SEK 2.9 billion * instead of SEK 362 million *. SSAB, for example, welcomes the tightening. ”Our goal is to restructure our entire operations and get rid of basically all our emissions by around 2030, and it is good that free allocation is being phased out because it increases the pace of industry change. In the long run, it must cost more to release, says SSAB’s press manager Mia Widell. The austerity does not necessarily mean reduced profits for the emitting companies, according to Ellen Larsson, analyst at SEB, because they can charge for their increased costs. ”Certainly it will be more expensive for the industry if they have to buy emission rights instead of getting them for free. At the same time, there may be greater tolerance among companies for it to become more expensive as competitors outside the EU have to pay the same price through the new customs system “, she says. The customs system, called CBAM, is to protect industries against” carbon leakage ” by Parliament on Wednesday. The functioning of customs duties on imported goods is a condition for the EU to implement austerity. It is also a prerequisite for emissions trading to be fair, says SSAB’s Mia Widell. “We must also ensure that fossil-free products do not lose global competitiveness. Those who want to go ahead and invest in the green transition should not be disadvantaged by the system “, she says. How high the price of emission rights will be when the phasing out begins, 2027, is uncertain. It is partly affected by energy prices and the economic situation. In addition, companies can buy emission rights a long time in advance and save for several years, which means that it is not possible to equate the companies’ emissions with the price of emission rights. Every year, there is a surplus of about 1.5 billion emission rights that companies buy for speculative purposes or to hedge prices, according to Ellen Larsson.So it is very uncertain how much higher the cost of releasing will be?“Yes, and it is a political system. With today’s energy prices, there is an expectation that politicians could intervene if it becomes too expensive to produce “, says Ellen Larsson. * Average price of emission rights 2021 (53.30 euros / tonne), Thursday’s exchange rate EUR / SEK

The companies that receive the most free emission rights per year

PSG launches exclusive series of NTFs on the Crypto.com platform

Sat Jun 25 , 2022
Neymar at PSG. Photo: PSG/Disclosure To celebrate Paris Saint-Germain’s tenth French championship title, the Parisian club and Jay Chou, superstar with hundreds of millions of fans in Asia, have launched an exclusive series of 10,000 NFTs. Called “Tiger Champs” in reference to the year of the tiger, the collection depicts […] 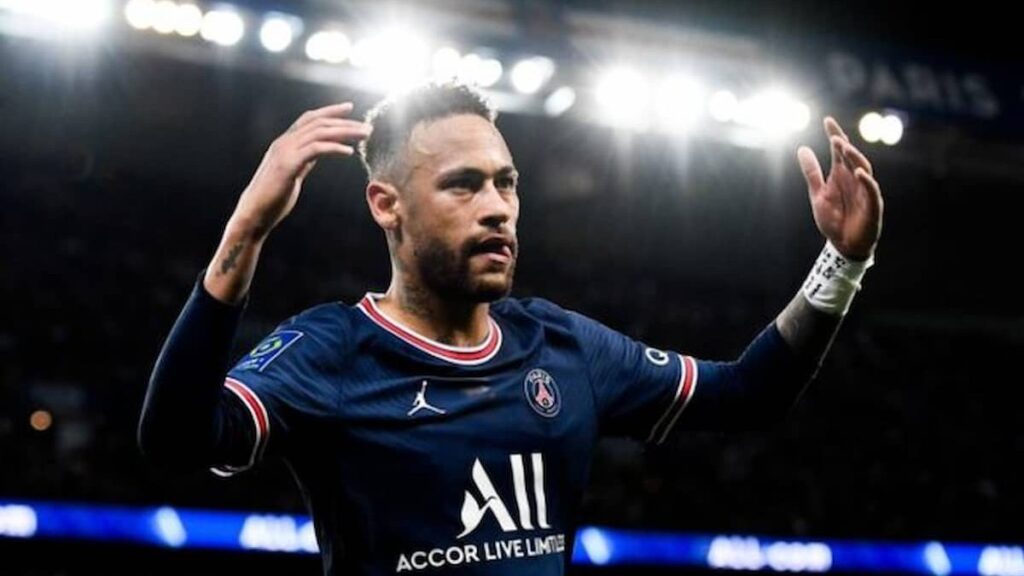