An idea created in 2017 for Bitcoin comes back to full force with a suggestion from Adam Back, the Drivechains. Understand this solution.When the person responsible for creating the algorithm that inspired bitcoin mining and likely candidate for Satoshi Nakamoto suggests a new technology that can kill competing cryptocurrencies, it is good to keep an eye, as the already accelerated crypto market can enter an unexpected whirlwind of innovations. On 07/05, Twitter user @Monero_TV posted a video in which Adam Back, developer and CEO of Blockstream, explained how fungibility is still a flaw in bitcoin. According to Adam, “the fungibility of Bitcoin is worse than that of Paypal.” Fungibility is the characteristic of an asset being exchanged for another of the same type, so that it is not possible to distinguish the parts. Bitcoin is not a fungible asset, the inputs and outputs (transactions) are public and easily distinguishable on the blockchain, so that a bitcoin that has passed through the black market may be worth less than another recently mined.

As a result of this excessive transparency, bitcoin's fungibility was attacked the week before last by a mining pool that censored transactions outside the AML requirements of OFAC, an intelligence agency of the United States Department of the Treasury. resurrected in the video above from Adam Back, creator of the hashcash, the inspiration for the bitcoin mining structure. In response, the CEO cited a series of solutions designed to assist in the complete lack of privacy for BTC users. “Bitcoin really needs better fungibility, and it has some second-tier. Lightning with onion routing, confidential transactions at Liquid and drivechain zcash. ” Replied Back.

One of these solutions caught the attention of the most experienced users in the cryptocurrency community, Drivechain. Created in 2015, Drivechain is a concept of bitcoin sidechain. Too confused? So, what is a sidechain? As Jack would say, let's go by parts. A sidechain is an auxiliary blockchain in its broadest definition. In the article we will use the term to refer to auxiliary blockchains that use the same token as the main one. With this concept in mind, let's think about the possibilities of using BTC. How about creating an auxiliary blockchain with all the characteristics of Zcash? Bitcoin Cash? Or your favorite altcoin? All of this using the same currency, bitcoin. Currently, BTC relies on RSK sidechains for smart contracts and the business federation Liquid Network with its fast and inexpensive transactions.

But how does Drivechain work? How to send these coins to the sidechains?

For sidechains to work, you need to send the currencies from the main network to the auxiliary blockchain. At Liquid, this "transmutation" process is done by a centralized group of servers and chosen by Blockstream. But there are also other solutions like: Coin burning: bitcoins are destroyed on the main blockchain and added to sidechain, with the disadvantage of never returning. This can be done by sending coins to a random BTC address that is practically impossible to discover such as: 1BitcoinEaterAddressDontSendf59kuE or 1111111111111111111114oLvT2 (which encodes the smallest hash160 possible) Multi-signature addresses: bitcoins are sent to an address with multiple signatures controlled by entities several, they identify who sent the transaction and pass it to the blockchain, identifying the address in the other chain by data recorded on the BTC blockchain (more on that below) or to some address already identified by the user previously. This is a method very similar to that of Liquid. How LiquidSend Bitcoin is easy, bitcoin was created precisely with the idea of ​​doing this accounting process. And to get the bitcoins sent from the sidechain? The first option of burning the tokens is lost, once "destroyed" it is impossible to recover the bitcoins. And centralized servers are not a good option for anyone who wants a decentralized network. There comes the most innovative option both in the entry of currencies and the return of them to the blockchain. The proposed bitcoin improvement (BIP) 300 suggests that coins be sent to an “Anyone can spend” address where anyone can spend it – literally any – public-private key can even be exposed. The idea is that miners make a soft fork to enter into an agreement, so as not to spend these coins unless some conditions are met. The soft fork is positive, as it allows old clients on the network to continue running the software without worrying about updating it, making it backwards compatible. In addition to this agreement, the fork would add a few more fields to Bitcoin Core transactions, these fields would not be stored on the Bitcoin blockchain and would just be a separate, non-mandatory database, something similar to Segwit. In this bank the withdrawal requests from the sidechains of interest to the miners and a counter of 1 bit per block would be kept. The idea is for miners to vote for 3 or 6 months for the inclusion of these transactions in the bitcoin blockchain, if the miner signals 1 is "yes" or 0 for "no". In some proposals this address would be a smart contract that would verify some conditions to allow withdrawal, such as the 1-bit counter. So these are Drivechain's working steps: User sends bitcoins to an address that anyone can spend with address information in the bitcoin data field (OP_Return); Drivechain nodes check who has the most bitcoin on the blockchain at , miners create these coins according to sidechain rules; users move coins by paying in bitcoin, but blockchain features are diverse and can add privacy, smart contracts and more; at time of withdrawal, the user sends a return transaction to the main network and place an order for the bitcoin network; Bitcoin miners use SPV Evidence to verify the blockchain – the same process as mobile bitcoin wallets. The vote begins, if more than 51% of the miners over a 2-week period vote for the group of transactions to be sent, then the transaction takes place.

After the fork, most economical nodes could discard blocks with invalid sidechain transactions and, in theory, perform a block reorganization, a similar process as with blocks that are found simultaneously by different parts of the network. For the withdrawal to be carried out by malicious miners they would have to obtain 51% of the mining power interested in the sidechain for a long period (two weeks or more). For Paul Sztroc, a former economist at Bloq and a statistician at Yale University, the system will only work for sidechains with great impact and popularity, as the nodes would call enough to challenge the miners. This dispute is called in game theory “mutual assured destruction”, in which neither side wants to attack so as not to be penalized.Bombs with the plate: “In no case should it be used – because the enemy can retaliate.” “Sidechains (those whose value-added and transaction fees are not worth the network / computational resources consumed) are a waste of node capacity / width bandwidth and must be removed from the system. ”But ultimately, only sidechain users would be affected by the stolen bitcoins.

Advantages for bitcoin and market implications

This system, which we simplified above, could considerably decrease the altcoins' space in the crypto market and make a good part of them redundant or completely useless. Many cryptocurrencies with the main use case aimed at "smart contracts", fast payments and / or cheap rates would have their market cap potentially obliterated by some bitcoin sidechain with the same resources, since a good part of the trade of these altcoins already happens in the BTC pair. What would be the point of using a different currency? On the other hand, privacy coins would retain some of their value due to the blockchain's transparency. The public addresses of these sidechains and all input / outputs involved with them could be blocked from exchanges, as is already the case. Likewise, miners who follow state guidelines against money laundering could block the plunder vote and kill the new chain. The implementation of a Drivechain would be spectacular for bitcoin, although it does not solve the serious privacy problems, it could give more value and use cases to the main cryptography on the market. Comic strip created by Tauani Mazzaferro

First meeting of the Bitcoin Mining Council, what happened?

Fri May 28 , 2021
The Bitcoin community still doubts whether that closed meeting between the two billionaires and “the leading Bitcoin miners in North America” was positive or nefarious. of Bitcoin. The others sniff out centralization, distrust closed-door meetings, and reject it outright. However, what do we really know about the meeting? Not a […] 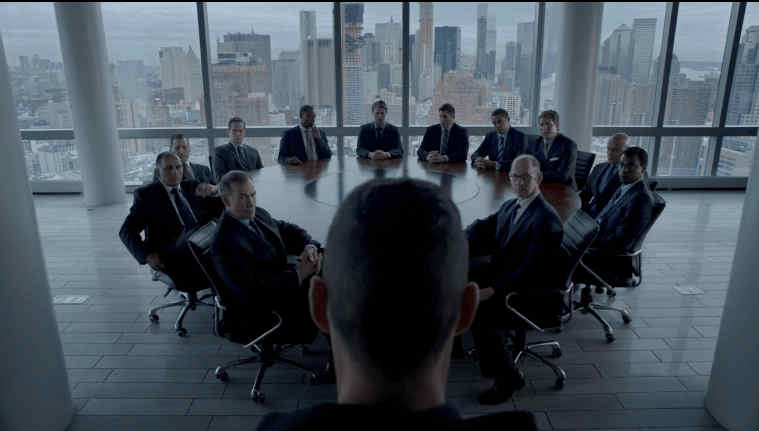