Two to the power of two hundred and fifty-six (2²⁵⁶). That’s how many private keys are possible on the Bitcoin network, but what does that mean for your wallet’s security? The title of this article is not hyperbole, there are more possibilities for Bitcoin private keys than there are grains of sand on Earth. Or, in other words, it is easier for you to find a specific grain of sand in the world than to find my wallet key and steal my bitcoins.

How many grains of sand are there in the world?

How many private keys are possible on the Bitcoin network 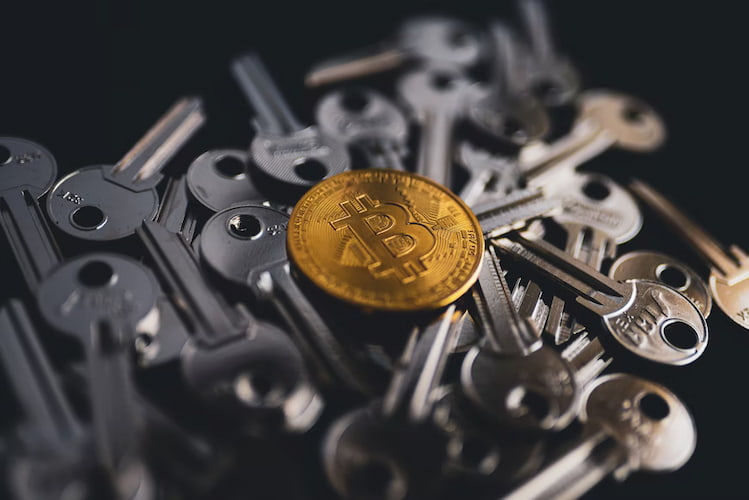 Keys and Bitcoin. Photo: Unsplash Creating a Bitcoin wallet is just generating a private key associated with a public key, which in turn can generate receiving addresses. But generating a private key is simply choosing one out of 2²⁵⁶ (which can also be written as 10⁷⁷) possible choices and proceeding to use it. But, unlike what most people might think, it’s not like picking a grain of sand and putting it in your pocket. It’s like picking a grain of sand and throwing it back on the beach. Theoretically anyone can find the same private key you use. Nothing prevents a malicious agent from walking along “Bitcoin beach” and hunting for grains of sand that are associated with a wallet with a balance. This is what we call a brute force attack. But what is the chance of a brute force attack succeeding? Extremely low. It is practically impossible for an attacker to succeed in finding your private key, and the explanation for this is this huge number of possibilities. According to calculations previously shared on Cointimes, a computer would need 200,000,000,000,000,000,000,000,000,000,000,000,000,000,000,000,000,000,000 years to brute force a private key. This attack has a cost of three hundred and forty eight decillion reais. By the way, forget about grains of sand, it’s easier to look for an atom in a galaxy than it is to find the private key of a Bitcoin wallet. But, as a popular saying goes, a string always breaks on the weaker side. It’s no use being enchanted by all this security and being vulnerable to a $5 dollar attack. Learn about the $5 attack that can take your bitcoins forever by clicking here.

What can Bitcoin (BTC) price traders expect for the next 24-48 hours?