Annie Seel is one of Sweden’s biggest rally names. Now she is competing in an all-female race in Saudi Arabia, a country where women were banned from driving four years ago. The competition is part of a project to promote women in sports. “Of course I will be involved in promoting this development,” she tells Di.Published: March 13, 2022, 11:03Annie Seel is one well-known name in desert races where millions are invested, but the profits are very limited. Something that has contributed to her home being created in sand of the firmer form – the million program concrete. “I call this the crown jewel of the million programs”, she says. Her career began on the motorcycle even though she has been competing in rally cars since 2011. The vehicle has now been replaced, but the surface is the same – desert environment. The trophy cabinet is well filled with trophies from her career. Among other things, she has been a participant in countless editions of the prestigious Dakar Rally, most recently in January as a navigator. Right now she is up to date with a slightly special race, in mid-March she will drive Rally Jameel which is a race exclusively for women in Saudi Arabia. It is remarkable that in a country like Saudi Arabia, a rally for women is run. About four years ago, it was still forbidden for women to get behind the wheel of the country. After a change in the law at the end of 2017, the first woman was finally able to drive legally on the streets of Saudi Arabia in June 2018. “When I was asked, I thought it was obvious that I should be involved in promoting this development. To let women take a seat, drive a car and that it is a given that they also compete in Saudi Arabia “, says Annie Seel.The country’s way forward to the fact that women now take a seat in traffic has been long – and bumpy. The most prominent activist in the issue, Loujain al-Hathloul, was arrested for the first time in 2014 when she drove into Saudi Arabia from the United Arab Emirates by car. That time she was released after four days of interrogation. The next time she was arrested was in May 2018, just a few weeks before the ban on women driving was lifted. After spending almost three years in prison, she was released in February 2021, but is still subject to a five-year travel ban. ”The people on the streets of Saudi Arabia are just like you and me, the basic human values ​​are so incredibly similar. I have not met anyone there who promotes the old laws. Change begins with the people “, says Annie Seel and continues:” You start to think about what you can do more, what if I could take her with me as co-driver. This female race may serve as proof that this woman should be granted amnesty. ”The fact that her co-driver becomes Loujain al-Hathloul is unbelievable. Instead, it is the Swede Mikaela Åhlin-Kottulinsky who goes with and gets the chance to take part in Annie Seel’s experiences. ”I called the motorsport association last week and said that I had an idea that I should bring some young Swedish girl who is on walk. It is also a way to lift girls in the sport and open the door to rallies for new girls “, she says.Annie Seel is used to it in the desert climate, the Dakar Rally, which she drove in January, has been running in Saudi Arabia since 2020. It was a female participant record in that race, with almost 36 female participants. “It is interesting that it is precisely in Saudi Arabia in 2022 that there was a record number of women who participated”, she says and continues: “Such countries are that they use sports to show that they are becoming more modern and sports can be a way Forward. It’s not always healthy to criticize the regime, you have to be clear about that. ”The all-female Rally Jameel runs between Hail and al-Riyadh and is about 100 km long, a distance that will be covered in three days. Unlike other races, the competition is not about speed but navigation. There is also no prize money in the pot, but it is instead a starting fee for each participant team. Annie Seel emphasizes that the rally sport can often be a minus business. ”The starting fee for the Dakar Rally is SEK 250,000 and the winning amount is about the same, if you win the whole race you go plus or minus zero. But then you have not included costs for cars, tires and mechanics … ” Annie Seel competes usually in races where navigation but also speed is important. Her long career both on the motorcycle and in the seat of a rally car has caused a lot of injuries. That she can now stand on the starting line again is due to the fact that she traveled to Belgium two years ago to perform a unique hip operation as, among others, the tennis player Andy Murray did. ”I could not even walk a hundred meters because I was so broken. I asked myself the question ‘What the hell is this for?’ and was close to giving up. “Fast forward the band for two years and Annie Seel has found her way back, both physically but also mentally.” Now I feel that I have had a fresh start and probably have ten good years ahead of me, it is a few thousand miles in this old body, ”she says, about her scarred body.

Age: 53 years Background: Motorcycle and rally driver. The first competition she participated in was already in 1988. Among the merits are eight Paris-Dakar races, where she is the only Swede who participated with both motorcycle and car. First Swede to win World Cup gold on a motorcycle in 2004.
Current: As a participant in the Saudi motorcycle competition Rally Jameel for women only. It starts on March 16 and lasts for three days. Loke Westberg

Sun Mar 13 , 2022
Yuga Labs, the company behind one of the largest and most valuable collections of NFT in the industry, the Bored Ape Yacht Club, today announced that it has purchased the intellectual property rights to the CryptoPunks and Meebits collections from Larva Labs. And the first step for Yuga Labs is […] 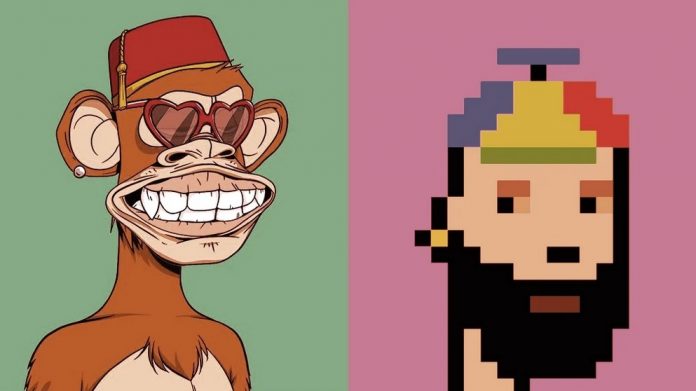