Currency counterfeits have been used in countless wars in an attempt to destroy confidence through inflation. Nobody, however, came closer to that than the Nazis. About 3 or 4 days was what it took for what cost $ 1 to turn over $ 2 during the height of German hyperinflation in 1923. Suffered by debts from the first war, the Weimar Republic started an unbridled impression of Deutsche Mark banknotes to acquire hard currency and pay off debts. During the episode, German inflation reached 20.3% daily, with a bread costing $ 250 marks in January, even costing $ 200 billion in December of the same year.

The economic and social collapse would be lessened with the implementation of the “strong landmark”, launched in 1924 and linked to agricultural land. The disaster in the management of the German currency was, in a way, one of the central points on the road that would sediment the Nazi rise to the About 15 years later, however, Joseph Goebbels, the advertising minister, would hear from Arthur Nebe, head of the Reich's criminal investigation department, a plan that, using the same experiment, would be used to destroy the economy of the United Kingdom, and to remove the Pound from the position of global currency.Goebbels would personally take the plan to Hitler, who in turn ignored the warning (to no one's surprise), from his economy minister that the plan was a “ violation of international law. ”That way, 18 days after the start of the Second World War, the Nazis would begin their plan. “Operation Andreas” began. It was 7 months before counterfeiters could produce a virtually indistinguishable banknote. To begin with, they focused on producing 5-pound banknotes, the most common in circulation. cryptographic analysis of banknotes produced over the previous 20 years, in addition to replicating the paper used, which adopted cotton, not cellulose. The original plan was, like everything that came from the Reich, a megalomaniac, with a forecast of producing 30 billion pounds. In 18 months, however, it would be just 3 million. The first such operation would then be closed, but not because of low production, but because of its discovery by British spies who alerted the Bank of England. For a brief period the central bank English would print emergency notes, blue and with a metal wire that would create a new security barrier. In 1942, 2 years after the first experiments, Himmler would resume the plan, but with different goals: to print pounds to finance the Nazi war effort Gathering 152 Jewish prisoners, Himmler would begin the operation. The group would eventually produce about 8.2 million banknotes, worth £ 134,000, or 15% of everything in circulation in the UK. At today's prices this amounts to 7 billion pounds. With no plans to bomb London, the banknotes had a different use. About £ 100,000 was used to finance the rescue of Benites Mussolini, for example.Mussolini had been deposed by the Grand Council of Fascism, and imprisoned on orders from Italian king Vitor Emanuel. On Hitler's orders, about 12 German paratroopers would carry out the rescue mission at the location indicated by informants paid for with the counterfeit notes. The concern with the details, which amounted to 150 security measures, was extreme. A group of 50 Jewish prisoners aimed to ensure that the banknotes looked like used ones, including dirt and manual wear. After the end of the war, huge amounts of counterfeit money were burned by German officials, or dumped in lakes. group of divers found about 700 million pounds at Lake Toplitzsee. The Bank of England then collected all banknotes worth over £ 5 and issued new ones. For years, counterfeit banknotes continued to circulate in the economy. Part of them served to finance the immigration of Jews to Palestine. However, counterfeiting is not a recent issue. In 1806 Napoleon Bonaparte ordered the counterfeiting of Russian rubles. A few decades earlier, Americans also forged English banknotes during the War of Independence. The most surrealist anecdotal case, however, remains with the Japanese, who in 1941 captured Chinese Yuan banknote-making machines. The Japanese government, however, forced soldiers to take the machines to Tokyo and continue production there. During the period of the trip, inflation had already eroded the Yuan, rendering production with the plates of 10 Yuans that had been captured useless Cases like these are common because the war is ruled by the economy, and nothing has a greater weight in destroying confidence in an economy than destroying confidence in the currency itself. Power over money is above all a power that depends on trust. , or as Nathaniel Rothschild used to say, "Give me the power to determine the money supply in an economy and I don't care who makes the laws"Throughout history, cases of massive destruction of wealth through uncontrolled printing of money have become commonplace. Since the crisis of the third century in the Roman empire to Brazil in the second half of the 20th century. At times like the current one where the American central bank puts 22% of all dollars ever made in history in a single year, it is convenient to pay attention to history. Article originally published on BlockTrends.

Tue May 18 , 2021
Ransomware attackers have already embezzled hundreds of millions of reais in cryptocurrencies this year, according to blockchain analyst firm Chainalysis.In a new report on ransomware, Chainalysis notes that the stolen amount of $ 81 million, or about R $ 425 million is likely to increase, even considering only the first […] 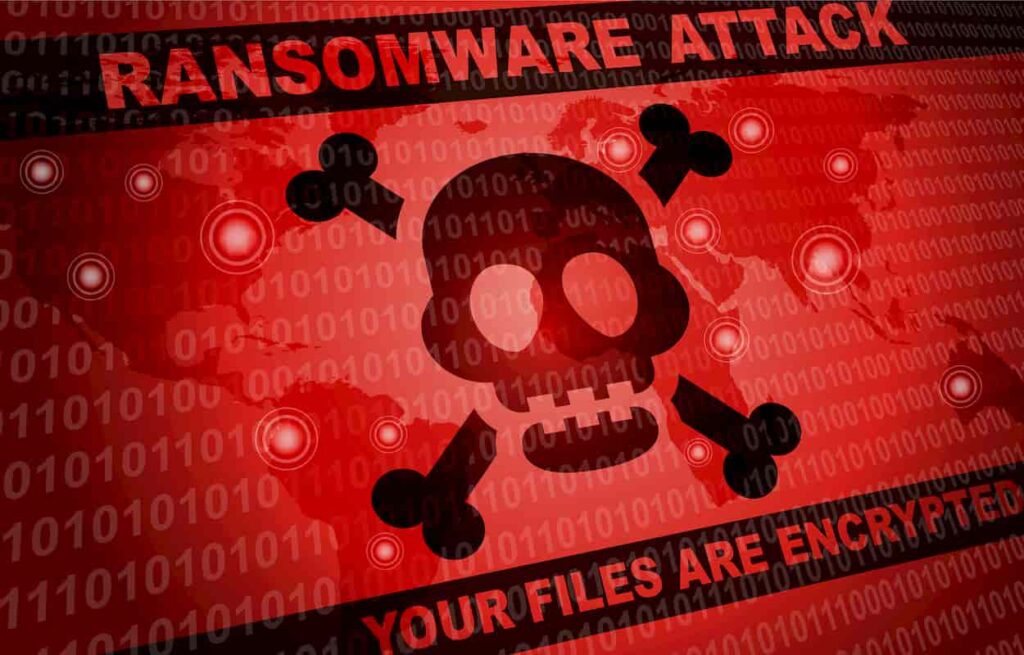