Luleå has not won a Swedish Championship gold in men’s hockey since 1996. But the economy is flourishing and unlike 1996, when unemployment was the highest in the country, the discussion is now about how to attract more people to the city and all the jobs. Published: 16 May 2022, 21:14When I write it here Luleå is sad. People shake their heads and try to understand. We talk to each other a little gently and tentatively, much like you do when someone dies. The loss in the seventh and decisive final match in the SHL is, despite the sun shining from a clear blue sky, like a mental thick fog over the Lule River’s outlet in the sea. Most recently Luleå Hockey’s men’s team was really good, 2020, the season was interrupted when they would play home the gold. It was Luleå’s year, we who live here think, but the covid pandemic meant that the team did not even get the chance. This time, however, it would go the way. The team looked ruggedly stable and was backed by a home crowd so fanatical that the municipality’s technical manager had to answer questions about whether the stands would hold. Not even that was enough. The bitter loss fits in well with the self-image. “As a Luleå supporter, you are used to being disappointed,” said a woman on local radio. Even before the match. She is not alone in feeling that way. In one of the songs that is usually played in the arena, Kitok, the hip-hop artist from Jokkmokk, announces that the people of Norrbotten know that the winds can turn. That it is not necessarily for the better is, as it were, implied. “We fight, you learn to bite,” Kitok explains. Eliminating disadvantages is in people’s DNA. Luleå won its latest and so far only Swedish Championship gold in men’s hockey in 1996. The triumph has today assumed almost mythical proportions and the memories from the sometimes brutal match series are cherished. Not only did hockey look different 26 years ago Luleå and Norrbotten have also changed. The crisis of the 1990s first half and the warnings in the industry hit the county hard. Open unemployment in Norrbotten was highest in the country in 1996 with 12.8 percent. 40,000 Norrbotten residents, or a quarter of the workforce, were registered with the Swedish Public Employment Service. Hockey gold was one of the few joys that year. It is a different reality that meets today’s Lulebos and Norrbotten residents. Norrbotten, together with Västerbotten and Jämtland, is the trio county with the lowest unemployment in Sweden. Not only do almost everyone have a job, the three northernmost counties have, according to the Swedish Public Employment Service, had the fastest recovery after the pandemic. Degraded at the municipal level the figures are even more striking. In the mining towns of Kiruna and Gällivare, 2.8 per cent and 3.3 per cent, respectively, are without jobs. In the former crisis municipality of Pajala, only 3.7 percent are unemployed, it looks roughly the same in Jokkmokk and Arjeplog. If we talk openly unemployed, the numbers are even lower. “The only workforce that Norrbotten will soon need are people who can drive the moving buses that go south,” sang the Piteå group Euskefeurat in the 1980s. Now the discussion is instead about how people should be attracted north to jobs and how electricity should be enough for new industries. It is not easy to make societies grow, but it is a much more pleasant problem than those who met Luleå hockey’s victorious fans in the time after the gold in 1996. Jens Kärrman

Mouse Haunt: meet one of the most promising P2E games

Tue May 17 , 2022
With extremely innovative competitive PvP gameplay and complex P2E systems, understand why so many people are eyeing this project Mouse Haunt is a play to earn (P2E) multiplayer game, available for PC and Android, which is still under development but has a lot of potential. Whether it’s future implementations or […] 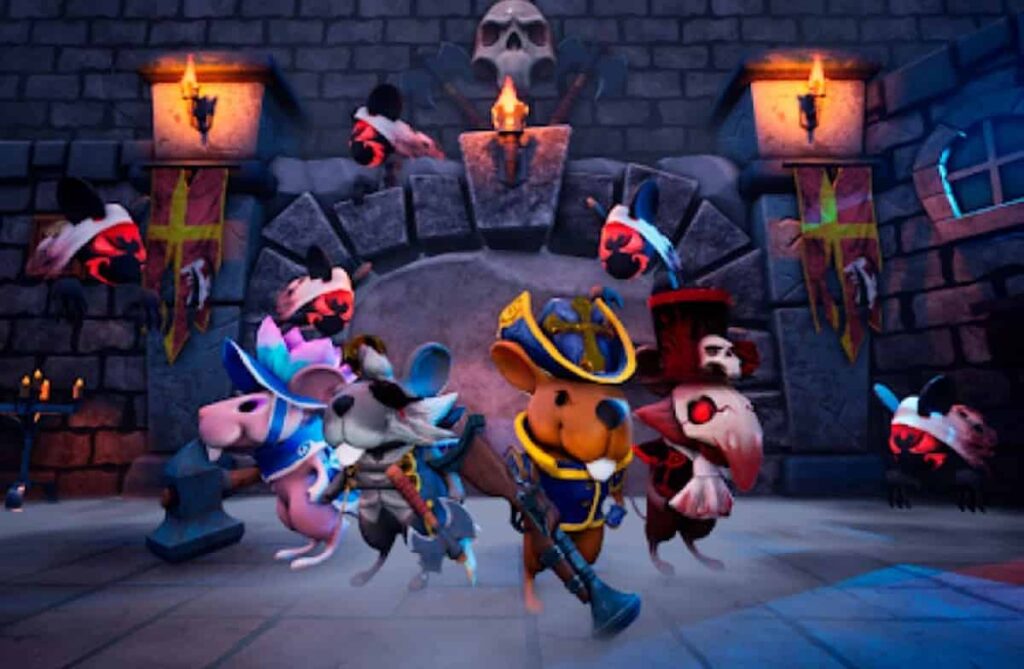