One of the reasons that led the Paraná Court to approve the financial restructuring of the Bitcoin Banco Group in November 2019 was the presentation of two portfolios with 7,000 bitcoins (about R$ 1.1 billion). These cryptocurrencies, according to the Court, would be used to reimburse the 7,000 creditors of the business. The problem is that even today the Federal Police of Paraná does not know if these digital assets really were with Claudio Oliveira – the fake King of Bitcoin and the company's owner arrested last week – or if everything was just another lie of his, which It is more likely. In the investigation material, that the report of the Bitcoin Portal had access, the corporation raised two hypotheses: “Either Oliveira actually has 14 thousand BTC or he doesn't have any BTC”. Also according to the PF, Oliveira may also have searched for any address with 7,000 cryptocurrencies and presented it to the judicial administrator and to the courts. Because they don't know how the blockchain works, everyone took his word for it.

To arrive at these possible scenarios, a PF agent analyzed the two wallets presented by the fake King of Bitcoin to the judicial administrator: the ‘1EWw4JK7Y47vXq4wnJMtkCGFnPB87KK4AA (called Alpha 1 by the PF) and the ‘1mCEDxU5kVt7dH4UpEscKbK (identified as Alfa 2). According to the investigation, the origin of Alpha 1's 7,000 BTC is actually an address on the Hong Kong-based platform Xapo.com. They were sent from there to the supposed Bitcoin Bank Group wallet in 2019. In February 2020, 5 thousand BTC of the total were then transferred to another wallet in the Coinbase exchange. The rest were destined for an address on the Bitgo platform. The PF asked the two companies to inform the owners of the portfolios. The names were not disclosed in the report. In May 2020, as part of the judicial recovery process, Oliveira said that he started to store the alleged 7,000 bitcoins of Alfa 1 in the Alfa 2 wallet. According to police analysis, however, Alfa 2 received bitcoins from Xapo and the exchange Genesis Trading OTC between July 2019 and May 2020, not from Alpha 1. These features were then moved to eight different wallets. With all this coming and going of resources, the police concluded that the resources of Alfa 1 are actually not the same as those of Alfa 2. Besides, according to the PF, there is a great possibility that these addresses are not actually from Oliveira. "In the case of Claudio Oliveira, the hypotheses sustain that he, in order to mislead the court-supervised reorganization, as well as his creditors, searched for a wallet address that he had at the time around 7,000 BTC. The same way we can do it by accessing this email address”. "From the public information that is stored on the blockchain, it was identified that Claudio Oliveira, in a cunning and premeditated way, misled everyone involved in the judicial reorganization process to which he is a part", he completed the analysis. Part of the PF study

The fall of the King of Bitcoin

Two years after harming thousands of investors and deceiving the courts, Oliveira was arrested last week in Curitiba (PR). He will answer for embezzlement, money laundering, criminal organization, in addition to crimes against the popular economy and the national financial system. A loss of R$1.5 billion is estimated. In the operation that took the fake King of Bitcoin to prison, the PF also seized luxury cars, jewelry and hidden money. In addition, it also ordered the kidnapping of properties in the name of the criminal, which will be used to reimburse injured investors. One of these houses is a mansion located in a farm in the metropolitan region of Curitiba. According to real estate agents in the region, the residence, which has a heated pool and an armored bedroom, is valued at US$ 6 million.

Bank of America Approves Bitcoin Futures Trading, According to Newspaper

Sun Jul 18 , 2021
After years of criticism of Bitcoin, Bank of America (BofA) joins the growing group of banks that offer some product related to btc. One of the largest US banks has approved trading in bitcoin futures, according to Coindesk newspaper. Citing two sources familiar with the matter, Coindesk reported that the […] 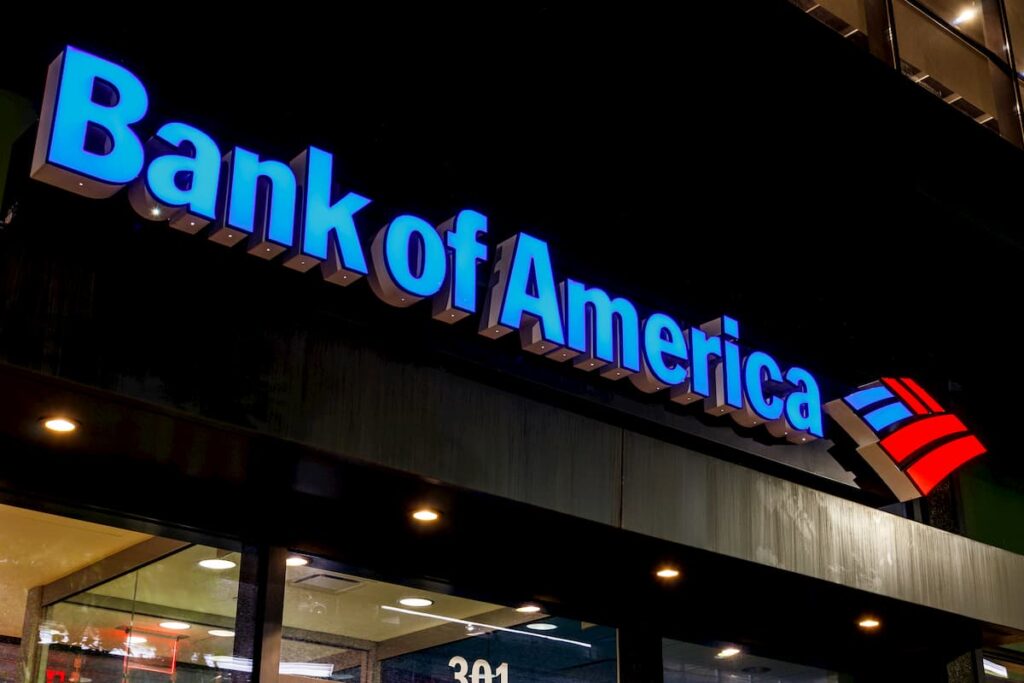