This Thursday, April 7, Buda.com together with Blockchain Academy Chile, and with the support of FinteChile and BeInCrypto, held the online event “Crypto Vision: the new digital economy”, where interesting announcements were made by the Central Bank. .

With the aim of providing a broader view of the value of digital currencies and explaining how the world economy has had to transform to incorporate and give the corresponding value to the achievements that cryptocurrencies have obtained in such a short time, the webinar It featured various specialists from leading companies and organizations, both nationally and in Latin America.

Among them were Claudia Sotelo, Leader of the Technological Observatory of the Central Bank of Chile; Jazmín Jorquera, Operations Manager of Buda.com; Samuel Cañas, Legal Manager of Buda.com; Cristóbal Pereira, Academic Director of Blockchain Academy Chile; Rafael Gago, Ecosystem Coordinator at FinteChile; Herman Bennett, Ph.D. in Economics from MIT and former IMF economist; and Carlos Eduardo Bernos, Country Manager of Buda.com in Peru; among others.

Claudia Sotelo, Leader of the Technological Observatory of the Central Bank of Chile pointed out that:

“Central banks began a few years ago to find a way to respond to these technological changes. Today there are 86 countries that are exploring digital currencies, 9 that have launched this type of asset (last Nigeria), and 15 that are considering implementing them.”

At the national level, he noted that:

“We have a transversal internal work team with a strategic perspective, with which we are working to generate a report from the Central Bank that aims to find out the feasibility of having a digital currency in Chile. This report should come out in the next few months.”

“Bitcoin comes to resolve new issues and democratize money. Today sending remittances from one country to another can take from two to five days, but Bitcoin solves this problem, since it allows transactions in seconds, optimizing time and also at zero cost. Today crypto assets are on all the front pages and we believe that Bitcoin is the solution, since it is a hard currency that allows us to take care of our assets.

Regarding the lack of regulation that still exists in ChileSamuel Cañas, Legal Manager of Buda.com, highlighted that:

“It is essential to understand that a sector like Fintech is constantly and dizzyingly changing, so extreme care must be taken to implement regulations that do not threaten the heart of technology and allow it to continue advancing with the speed that is needed and demanded today. the citizenship”.

“In Chile, development comes with everything, but we need hands that help create improvements, this is an invitation to create a powerful development in the decentralized economy.”

Herman Bennett, Ph.D. in Economics from MIT and former IMF economist, referred to El Salvador’s decision to opt for Bitcoin as legal tender, noting that:

“El Salvador should have a system where the remittances that enter the country do not have such a high cost to enter money. That is why bitcoin falls like a glove, because through these transactions, the extra charges decrease considerably, leaving a greater amount of money within the country. They could have chosen a stablecoin too or generated public policy.”

Finally, Cristóbal Pereira, Academic Director of Blockchain Academy Chile, added a look to the future and stated that:

“In 13 years, the progress made by this industry has been tremendous. We envision bitcoin to be a global reserve asset, similar to gold; etherium and similar infrastructures will be used to build applications; banks and financial institutions will continue to ride crypto; BIS (International Payment Bank) will be the coordinator of the Central Banks for the development of their CBDCs (Central Bank Digital Currency); and Latin America will lead the next wave of crypto adoption”

Fri Apr 8 , 2022
The largest cryptocurrency operates with stability this Friday (8) in a week marked by losses amid geopolitical tension and uncertainties in the macroeconomic scenario. Bitcoin is up 0.2% in the last 24 hours, trading at $43,580, data from CoinGecko shows. Ethereum (ETH) accelerates gains and is up 2.3% at $3,300.04. […] 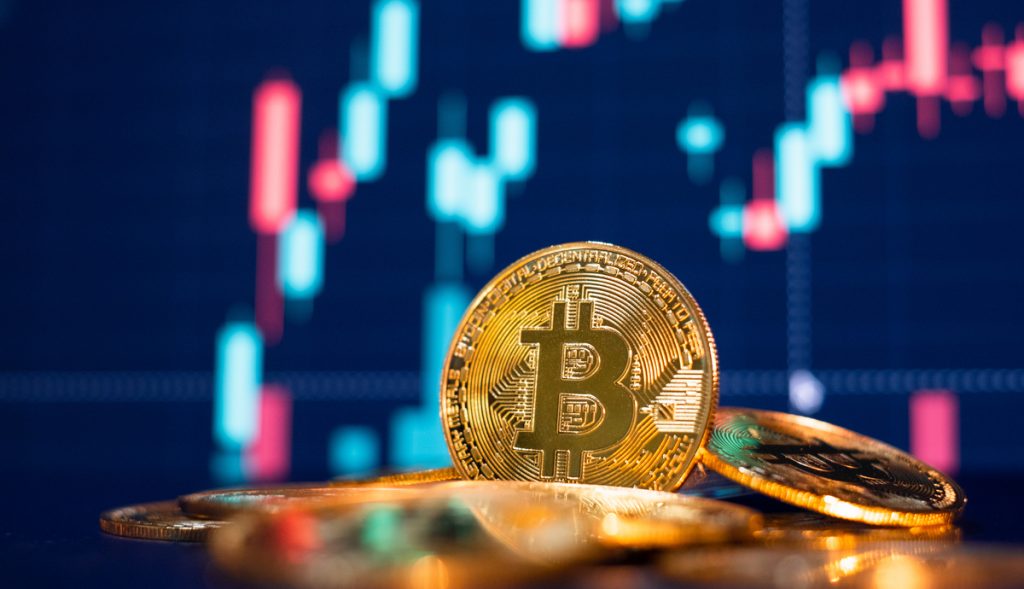