Bitfinex chief technology officer Paolo Ardoino resisted rumors that the company's stablecoin USDT could be the next target of the Securities and Exchange Commission (SEC), the U.S. CVM. The Bitfinex executive insists that Tether stablecoin, whose market capitalization has already exceeded $ 20 billion, is a properly registered and regulated crypto.

Rumors are circulating on social media that the USDT may fall into a situation similar to that of Ripple's XRP token. Immediately after the SEC filed a lawsuit to accuse Ripple for allegedly violating the Securities Act, the XRP token's price plummeted. In addition, many cryptocurrency exchanges have withdrawn the token.
CryptoQuant analyst and CEO Ki Young Ju tweeted that he said USDC was "more legally regulated" than Tether, and could take his place. In addition, if USDT were the SEC's next target, Bitcoin's bull run would be affected.

Reminder: #Tether is registered and regulated under FinCEN as all the centralized competitors. Strict KYC / AML is applied to all Tether direct users, as the other main issuers are doing. Less regulated is just FUD. Ask yourself who benefits from spreading such misinformation? 🤡 https://t.co/0izlgpJ75r— Paolo Ardoino (@paoloardoino) December 30, 2020

However, in his response to Ki Young Ju, Ardoino dismisses the rumors and accuses the analyst of spreading misinformation. The CTO goes on to say that the company's stablecoin follows exactly the same rules as its competitors. In a tweet, Ardoino says:

“Reminder: Tether is registered and regulated by FinCEN (USA's Network for the Fight against Financial Crimes) like all centralized competitors. Strict KYC / AML rules ('know your customer' and anti-money laundering measures) are applied to all direct users of Tether, as the other major issuers are doing. Less regulated is just FUD (fear, uncertainty and doubt). Ask yourself who benefits from disclosing this incorrect information? ”

SEC is not targeting USDT

Although bitcoiners have long voiced concern about the USDT audit or lack thereof, some, like economist Alex Kruger, insist that the SEC will not target stablecoin anytime soon.
In his response to Ju's speculation that Tether is next on the US regulator’s list, Kruger argues that the “SEC wouldn’t target Tether” because stablecoin issues “are not related to unregistered bonds and would fall under the responsibility of a different agency. ”

It's very hard to imagine Tether on the SEC's priority target list. Stablecoins are just about the hardest thing to classify as a security, & the NYAG is already pursuing Tether in a Martin Act investigation, so no need for the SEC to expend resources on it. (But who knows.) Jake Chervinsky (@jchervinsky) December 29, 2020

Likewise, attorney Jake Chervinsky believes that the SEC is unlikely to be the agency that will go after the USDT because stablecoins "are the most difficult things to classify as a security." Instead, Chervinsky believes that the New York Attorney General, who is already chasing Tether in an investigation of the Martin Act, is in a better position to act.
Still, it remains to be seen whether Ardoino's latest observations will put an end to persistent rumors about the USDT stablecoin. Ju later thanked the clarifications.
See also: How many billions of dollars did Ripple lose with the fall of XRP?

Fri Jan 1 , 2021
Although the value of bitcoin has reached new historical price hikes, a publicly listed bitcoin miner has made gains greater than the main cryptocurrency in the past two months. The market assessment of the American company Riot Blockchain (Nasdaq: RIOT) recently obtained a capitalization of $ 1 billion. Meanwhile, a […] 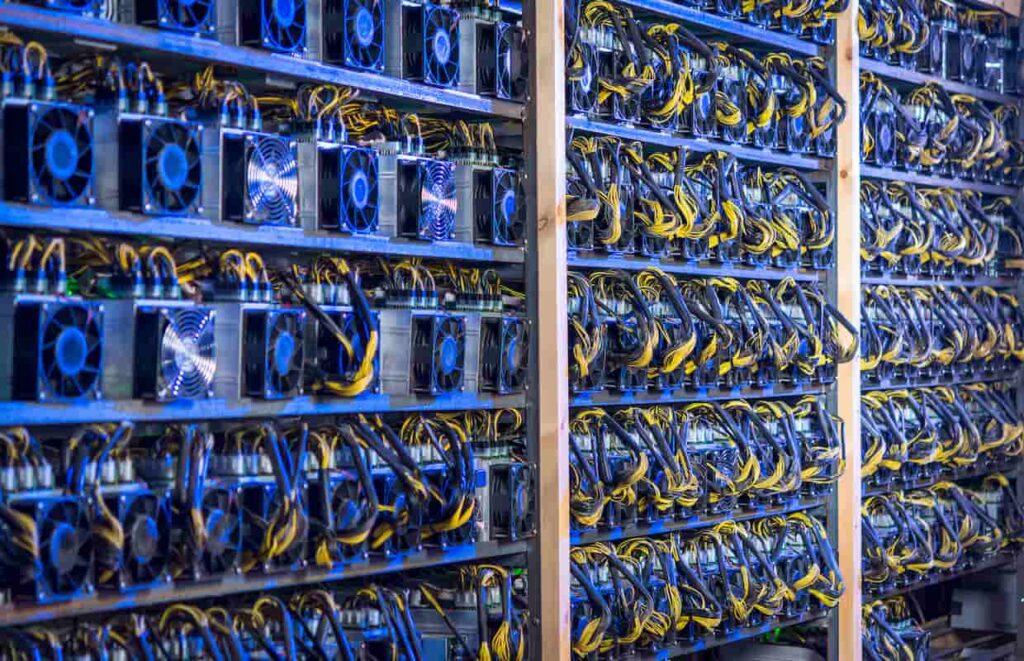