Is it true that Tether complies with exactly the same regulations as other stablecoins? According to JP Koning, a stock researcher and Coindesk columnist, it is a lie and Tether executives engage in misleading advertising by stating the opposite.
Tether is a company that issues USDT tokens, which are supposed to be backed by dollars in 1: 1 measure. Some rumors, however, cast doubt on the company's reserve. And while executives say it is as regulated as any other stablecoin on the market, journalist Koning suggests that these claims are questionable.

USDT currently ranks third in the ranking of cryptocurrencies and tokens by market capitalization. With a daily volume higher than Bitcoin and used to buy most cryptocurrencies, the tether dollar is one of the most important tokens on the market. Mistrust of it ends up affecting the whole crypto-economy.
Most of the time, the company seems to have decided not to comment on rumors much and to deal only with formal complaints. New York Attorney General Letitia James is currently investigating Bitfinex, a Tether affiliate, for allegedly violating New York securities law by using Tether's reserves to cover losses.
The process should have come to an end, but the company managed to extend the deadline for delivering documents by 1 month. Closing this story could reassure the market or end up falling further for cryptocurrencies in the short term, depending on the outcome.
But this subject can be more complicated than it looks. In a conversation with Laura Shin of the Unchained Podcast, Deltec Deputy CEO and Tether banker Gregory Pepin named FinCEN (the US Financial Crime Network) as Tether's “regulator”.

“The regulator related to Tether, and related to Paxos and USD Coin and all of them, they are all registered with FinCEN. And that means, for AML and KYC (anti-money laundering and getting to know your client), and that's what matters most, because if you look at all of Janet Yellen's comments, it's all about money laundering and terrorism. And, at this level, everyone is regulated in the same way, everyone is registered with FinCEN. ”

In his reply, Pepin states that Tether is regulated, suggesting that registration with FinCEN imbues Tether with this status, placing it on a par with its competitors, such as USD Coin, who are also registered with FinCEN, which is the agency of the United States Department of the Treasury that defines rules to combat money laundering.
Tether's CTO, Paolo Ardoino, also suggested that Tether be on the same level as its competitors because it is “regulated by FinCEN”.

Reminder: #Tether is registered and regulated under FinCEN as all the centralized competitors. Strict KYC / AML is applied to all Tether direct users, as the other main issuers are doing. Less regulated is just FUD. Ask yourself who benefits from spreading such misinformation? 🤡 https://t.co/0izlgpJ75r— Paolo Ardoino (@paoloardoino) December 30, 2020

Tether General Counsel Stuart Hoegner suggested the same thing. In response to a question on Twitter about how Tether is regulated, Hoegner says it is Tether's registration with FinCEN that qualifies him as a regulated financial institution:
It seems that here we have the answer to all users' concerns regarding the tether dollar ballast. However, according to JP Konin, these explanations are misleading.
Tether is registered with FinCEN, there regulated for her. The researcher and journalist explains in his recent article that “these two words with R are quite different”. “When an institution is registered with FinCEN, it means that FinCEN has provided it with an electronic account for uploading suspicious transaction reports (SARs) and $ 10,000 cash transaction reports (CTRs). In accordance with FinCEN requirements, a registered entity must also implement measures to collect and verify the identity of customers. ”
Konin says that while it is commendable that the company has registered with FinCEN, there is nothing special about it. He even cites the example of Dale & Jackie’s Discount Liquor from Decatur, Ill., A liquor store that has the same record.

Below the FinCEN registration document is a disclaimer that says: "The inclusion of a company on the MSB Registrant Search web page is not a recommendation, certification of legitimacy or endorsement of the company by any government agency." According to Konin, that is exactly why neither Dale & Jackie’s Discount Liquor nor Tether should speak of registration with FinCEN as a seal of regulatory approval.
The agency does not provide a financial regulatory framework for companies, does not care about its capitalization or its net worth. It doesn't even check whether the dollars these issuers create are 100% guaranteed.
There is a separate set of government institutions that examine financial services companies for adequacy of capital and sufficient backing. In the USA, regulation of the financial services business is carried out by state financial services departments.
According to Konin, each state financial services regulator has its own rules, but, in general, they all require financial services companies to limit their investments to a range of permitted securities, in order to post a bail or letter of credit with the regulator as guarantee and / or maintain minimum equity requirements.
“Financial services companies must also provide their state financial services regulator with audited financial statements annually and undergo examinations when necessary. State regulators often stipulate background checks on executives and directors to prevent fraud. ”
Circle and Coinbase, which together issue the second largest stablecoin, USDC, are licensed by several state financial services departments. Issuers of the stablecoins Paxos Standard and Gemini Dollar, however, are licensed only by the New York State Department of Financial Services (NYDFS) to operate as limited trust companies. To qualify, they are required to meet the same standards that a bank would need.
All of these companies have the ability to tell the public the dollars they issue must comply with a specific financial regulatory framework designed for financial services companies. Tether, on the other hand, is not regulated by the NYDFS or any other state financial service department.
Konin went further in his research and saw that Tether is also unlicensed with the Central Bank of the Bahamas (where Deltec Bank is located) as a money transmission company or as a provider of electronic money services. Tether does not appear to be a regulated entity either in the British Virgin Islands, where the company is incorporated.
At the conclusion of his article, the journalist says:

“It is not a sin to be an unregulated financial institution. There are many legitimate and well-managed financial services businesses that do not operate under any specific financial regulatory framework. However, it is a sin for a financial institution to claim that its finances are regulated and to point out registration with FinCEN as proof of this when in truth does not adhere to any specific financial regulatory framework. This is misleading advertising. ”

BitPreço launches referral program with reward of up to R $ 100.00 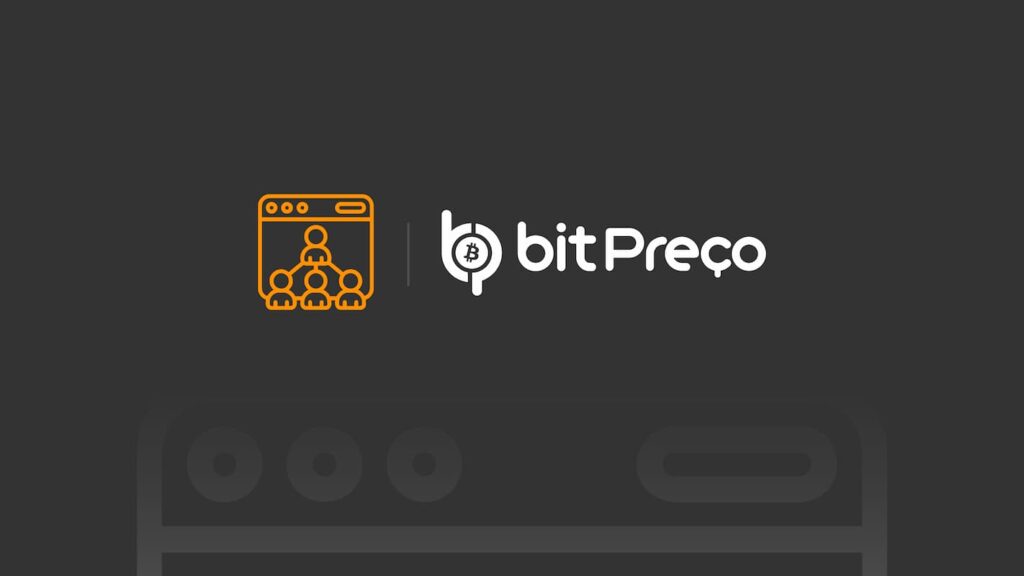