Tesla has suspended acceptance of bitcoins for vehicle purchases, announced CEO Elon Musk. The company cited concerns "about the rapidly increasing use of fossil fuels for mining and bitcoin transactions, especially coal, which has the worst emissions of any fuel."

For now, bitcoins will not be accepted

Tesla CEO Elon Musk announced on Twitter on Wednesday (12) that its electric car company has suspended acceptance of bitcoin for the purchase of vehicles. The company makes it clear that it considers cryptocurrency “a good idea on many levels and we believe that it has a promising future, but that cannot come at a great cost to the environment.” Tesla, however, makes it clear that it will not do more sales of bitcoins and believe in a more sustainable future for mining, but do not rule out the acceptance of altcoins. “Tesla will not sell any bitcoin and we intend to use it for transactions once mining transitions to more sustainable energy. We are also looking at other cryptocurrencies that use less than 1% of Bitcoin's energy / transaction. ”

Tesla began accepting bitcoin in March, after the company revealed its bitcoin stakes in a lawsuit with the United States Securities and Exchange Commission (SEC) earlier this year. The company had invested $ 1.5 billion in BTC. In its first quarter filing, Tesla revealed that its bitcoin holdings grew to $ 2.5 billion after the company “sold 10% of its holdings essentially to prove bitcoin liquidity as an alternative to keeping money on the balance sheet, ”explained Musk. Meanwhile, Musk did a Twitter poll on Monday asking his followers whether Tesla should accept dogecoin. 78.2% said yes.

Tesla give in to pressure?

Known for profiting more from carbon credits than from selling electric cars, Tesla was heavily criticized after its inclination towards accepting cryptocurrencies. Suddenly, the environmentally conscious company was "carrying Bitcoin pollution", according to traditional media. Even in February of this year, Ark Invest CEO Cathie Wood shared a Twitter thread that explained how, counterintuitively, the impact of bitcoin mining is positive for the environment. She said at the time: “I believe that Elon Musk understands this important dynamic. For God's sake, one of his main priorities is to save the planet. ”In the same Twitter conversation, when another user recalled that he was co-founder of PayPal and that experience would be relevant to his understanding of cryptocurrencies, Elon Musk commented: “I know a thing or two about payments.” Still, the suspension of bitcoin acceptance has arrived. As a result, the cryptocurrency fell about 11% according to data from Coingolive.Some prominent Bitcoin supporters, such as Michael Saylor and Anthony Pompliano responded to the announcement remembering how 75% of mining already uses renewable energy and how additional transactions on the network do not. affect the amount of energy used. Sharing a tweet where Elon Musk clearly agree with Jack Dorsey, Twitter's CEO, who Bitcoin encourages renewable energy, analyst PlanB suggests that Tesla's CEO was "forced" by the government to back down in his opinion. "That's why Satoshi remained anonymous," he said. Read also: Nano cryptocurrency rises 60% with expectations of being accepted by Tesla

What is the backing of USDT? Tether reveals composition of its reserves 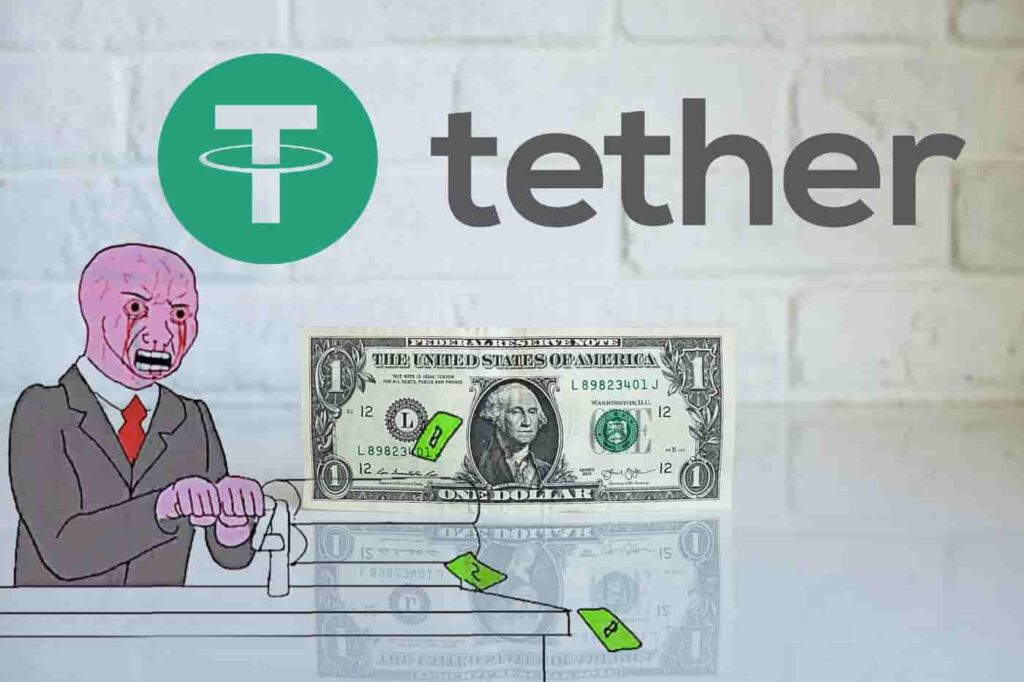