The Municipality of Lugano, a city in the south of Switzerland, announced on Thursday a partnership with Tether, the company behind the USDT stablecoin, to initiate actions that allow the use of Bitcoin and USDT by citizens in the payment of services and taxes. According to a statement, the memorandum of understanding determines that the two entities are committed to creating a European center of excellence for the adoption of blockchain technology through the initiative called ‘Lugano’s Plan ₿’. “Lugano is investing in its future,” said city mayor Michele Foletti,” adding that “the strategic partnership with Tether will help build a better, more open, transparent and smart city.” On the same note, Paolo Ardoino, technical director at Tether, said that Lugano is a dynamic city whose people look to the future and innovation. Also in a Tether statement on Thursday, Ardoino said: “As the world’s largest stablecoin, we envision a future where companies of all sizes and scales are able to leverage blockchain platforms to improve the quality of life for local citizens by providing financial services and more sustainable, transparent and reliable journals. We look forward to Lugano becoming a model for global adoption.”

Stablecoin LVGA is already a reality

“Lugano already hosts several initiatives dedicated to innovation and therefore allows Tether to go beyond most current blockchain implementations by working together with the municipality to carry out the first practical cases at an urban scale”, reads the statement, referring to the LVGA Points initiative. , a token already in use in the municipality through the MyLgano app. The rationale for partnering with Tether, according to the Lugano mayor’s note, is that until now, most blockchain projects have focused on fundamental issues (theoretical, scientific, philosophical), paying little attention to local communities and development. of practical applications. “The objective of this collaboration is to apply blockchain technology in a concrete way in a municipal scale”, emphasizes the note.

Next steps for Bitcoin adoption

In the near future, the city of Lugano intends to allow citizens and businesses to pay taxes, fees, goods and services provided by the public body by accepting only Bitcoin—probably through the Lightning Network—, Tether and Swiss franc-based stablecoins. “In this way, Lugano will be one of the first cities in the world to implement a complete cryptocurrency payment system”, says the note, adding that the City Hall will guarantee the necessary infrastructure and technology for local companies that want to integrate the new payment services. In addition, Tether will lead a group of leading companies in the cryptocurrency sector to create a CHF 3 million fund to help finance startups active in the blockchain field and focused on building blockchain services locally. Scholarships will also be created, concluded the city hall.

Unlike Bitcoin — a decentralized and unbacked currency — the Tether stablecoin is centralized and backed by the US dollar, that is, for every 1 USDT there must be US$ 1 in cash. Therefore, there must be US$ 79.8 billion in reserves to the 79.8 billion units of the stablecoin currently circulating in the cryptocurrency market. However, until turning into a two-year lawsuit in the US, Bitfinex, the parent company of Tether, had never proved the existence of such funds. Last year, following a lawsuit by the New York Attorney General, the company was fined $18.5 million and committed to issuing a quarterly USDT reserve report. The agency also banned Bitfinex and Tether from the state of New York. The Lugano Living Lab channel published a video of the event that contemplated the partnership between the entities.

Sat Mar 5 , 2022
Bill Miller. Playback/Twitter.Only 22% of Russia’s reserves are in an asset that other countries cannot control; Russian ruble plummets 25% and could be a positive sign for Bitcoin; The only reserve asset Russia controls is gold, which means the country could soon open its arms to bitcoin, opined Bill Miller. […] 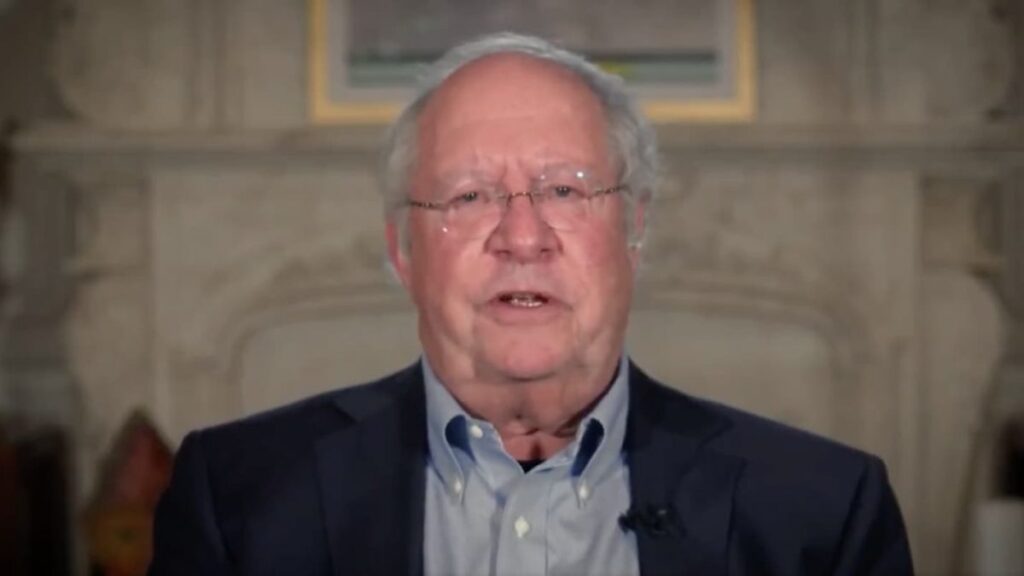