Jameson Lopp, one of the most well-known bitcoin maximalists in the crypto community, is in El Salvador to attend Labitconf, the largest bitcoin conference in Latin America. Lopp arrived in the Central American country on the morning of Thursday (18) and went straight to the Teatro Presidente where he gave an interview to Portal do […]

Jameson Lopp, one of the most well-known bitcoin maximalists in the crypto community, is in El Salvador to attend Labitconf, the largest bitcoin conference in Latin America.

Lopp landed in the Central American country on the morning of Thursday (18) and went straight to the Teatro Presidente where he gave an interview to the Bitcoin Portal .

This Friday, he shared a panel at Labitconf on bitcoin privacy with other industry experts such as Tadge Dryja, Giacomo Zucco and Stephan Livera.

Check out the interview below:

You are an important member of the bitcoin community and have been in the industry for a long time. Seeing people using bitcoin to pay so heavily on a daily basis was something you thought would happen in the beginning? Does it bother you a law “mandating” the use of a cryptocurrency that is based on being anti-government?

Ideologically I am not in favor of the government making people do anything. I've always felt bitcoin has a free market ideology. So if bitcoin is good and able to serve people, if they find value, then they should adopt it.

Now what's going on here is weird because you have a government that has its own agenda and its own set of incentives. For various reasons, the people in the government have decided that it's good for them and the country in general to adopt bitcoin, and that will cause friction.

It may not be everyone in the country who necessarily wants to spend time trying to figure out how to get into this new system, but it's certainly a new experiment that we've never seen anything like before.

Are you optimistic or pessimistic about the future of bitcoin in El Salvador?

Overall I'm optimistic. As a developer, I know you're going to have problems, but this is how things work when we build something completely new, you're faced with challenges and it's up to you to overcome them. Everything will depend on how the government will respond to these challenges, both technical and social.

As I see it, El Salvador is trying to accelerate adoption faster than it would organically, and that's going to cause problems. That's why it's important to watch what's happening here and hope that we can learn something from it. Maybe other countries look here and be able to do something similar but without the painful parts.

In recent times the community has become increasingly concerned about what the government says it can and cannot do in the crypto market. There are negative cases like the crackdown on miners in China and taxation projects in the US… and positive ones, like bitcoin becoming legal tender in El Salvador. Do you think bitcoin is relying more and more on validation from those in power?

The way the world works a lot of people trust their government — of course there are those who don't trust the government, I'm more on that side — and because of that I think their support is a way to accelerate adoption. If the government says something is worth doing and wants as many people as possible adopting bitcoin, regardless of the reason, more people are open to the idea because in fact there are several aspects of the space that scare those outside like the bets, people losing money…

One of his main focuses in the bitcoin community is to encourage the privacy of cryptocurrency. What do I think it is fundamental for bitcoin to receive improvements in the future? Privacy?

From a privacy point of view, one of the biggest problems today is ramps and off-ramps ("ramps" that connect the physical world to the digital) which tend to be over-guarded and cause your identity to be tied to whatever you're on. doing on the bitcoin network.

I'm a little optimistic that as we create a more circular economy, more people are going into bitcoin, buying things with the currency, and not relying as much on going through the exchanges. They are the ones who are doing the most vigilance, with anti-money laundering rules and other obligations. Getting out of them is a way to improve privacy, give less data.

But we also need to keep building better technologies. There are a large number of teams that are focused on specific aspects of bitcoin privacy. Some are second-tier, Lightning-style solutions, but the number of bitcoin mixing protocols that try to make the service better are also increasing.

It's all about incentives. One of the downsides when it comes to privacy on the bitcoin network is that it requires more time and resources, so if we want more privacy it has to be standard in whatever wallet you are using.

In the long run I'm hopeful that we'll see these new types of mixing protocols becoming more popular and making it cheaper to transact, and by doing this through the mixer, you preserve your privacy on the bitcoin network.

With the growing wave of blockchain games in the play-to-earn mode, that is, 'play to win', several platforms are emerging on the tail of the success Axie Infinity, whose token used in the purchase of the NFTs, the AXS, has already valued 100,000% since its listing on Coinmarketcap just over a year ago. Every day, new similar projects are born, […] 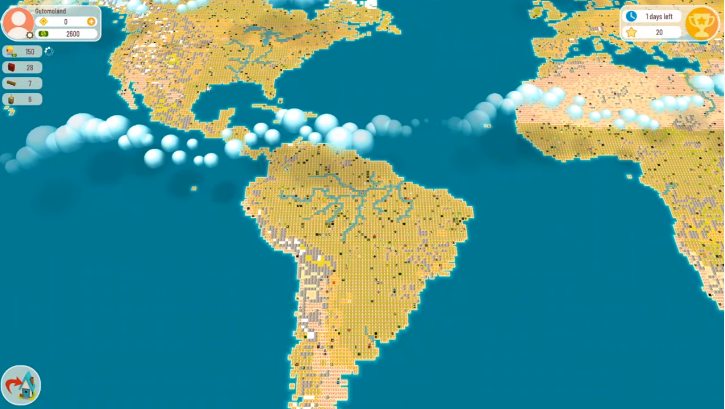