Mining bitcoin by mobile, without wasting battery and CPU, quickly and profitably. All alarms point out that StormGain's operation is classic “too good to be true”. The miracle being propagated is already starting to create problems, with dozens of claims of blocked money and insurmountable barriers to real profits. Because of […]

The StormGain post promises bitcoin mining in the cloud, but not paying users first appeared on Bitcoin Portal .

Mining bitcoin by mobile, without wasting battery and CPU, quickly and profitably. All alarms point out that StormGain's operation is classic “too good to be true”.

The miracle being propagated is already starting to create problems, with dozens of claims of blocked money and insurmountable barriers to real profits.

Due to the high cost of electricity, mining the world's main cryptocurrency has become an impossible or unprofitable task even for those who have immense computational power at their disposal.

But suddenly you can do it from your cell phone, earning up to 0.0318 bitcoin per day, which at the time of production of this text is equivalent to R$ 10 thousand.

That's the promise of broker StormGain, which explores a concept of mining through the cloud.

The explanation of how this is possible is vague: “Cloud Mining runs on equipment owned by StormGain and does not use the resources of the user's device, ie the device's CPU, battery, graphics cards or other hardware resources. Users can manage and view transactions only through the StormGain cloud mining app.”

Reddit users who claim to have used the app, say that every four hours you must enter the app, press a button and that's it. You are “mining” bitcoin.

According to the company, after having mined the equivalent of at least 10 dollars in Bitcoin, the user can withdraw the amount within 72 hours. There seems to be the problem.

A client of Juiz de Gora (MG) reported on the Reclame Aqui website that it is practically impossible to reach a proposed level of US$30 within the stipulated time; when the miner arrives, the “deadline” has expired and the withdrawal cannot be made.

“The first US$ 10 that are retained, we can get it quickly. After that, mining only starts to decline and sometimes even regresses. It's impossible to reach US$ 30 before it expires”, he says.

Another client, this one from Londrina (PR), says : “I carry out mining on this application, but the values disappear and I never manage to reach 10 dollars”.

A point raised by Reddit users is that the company separates its customers into tiers and those who have more money in their accounts have greater speed in alleged mining.

It turns out that bitcoin mining is influenced only by the computational power that is employed in it, having nothing to do with the amount of money or even BTC that someone has.

The Bitcoin Portal has contacted StormGain, but has not received any feedback as of this writing.

Mining expert Denny Torres spoke to the Bitcoin Portal about the operation. First he explains: what exists is to operate rigs remotely through a cell phone application. The mining itself, always who do it are the physical boards that are wasting computational energy.

“I can't talk about this specific site because I don't know all the details. But in their model you have to put in money, supposedly for them to equip, and you 'have a rig'. Economically it is not a viable operation. The cost that the company has to buy a rig, the necessary payback, maintenance, cleaning, and then having to share what these partners/customers would be. It doesn't close”, he says.

Torres says that this type of operation takes place when there is a very large base of trust. “I know a group of people who live in the US and have relatives in Brazil. People here send money to buy equipment and monitor the rigs from a distance. Relatives in the United States earn a fee. But it works because it is a huge base of trust, between relatives”, he says.

Speech also comes from personal experience. Torres recalls that in 2017 he put money into Hash Flare's “cloud mining” in a very similar scheme to Storm Gain's and never managed to get the money out again. “Many people and I lost the money placed there,” he says.

In a video, Denny Torres deepens some concepts about cloud mining:

The StormGain post promises bitcoin mining in the cloud, but not paying users first appeared on Bitcoin Portal .

NovaDAX, one of the largest Brazilian exchanges related to cryptoactives, further diversifies its portfolio with the launch of five new cryptocurrencies. This time,... 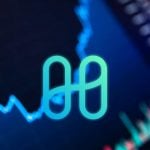