Solana released on Wednesday (25) the first trailer of the long-awaited Star Atlas game that is being developed since 2018 on its blockchain. The play-to-earn model game — play to win — still doesn't have an official release date, but it's already able to attract players' attention by promising cinematic quality and far superior to other games built on blockchain. Star Atlas will be a space exploration MMORPG based on the year 2620 that will feature three main factions (humans, aliens and droids) that fight each other for resources, territorial conquest and political domination. “You, an ordinary citizen of Star Atlas, will have the ability to influence the outcome of this intergalactic conflict while creating the opportunity to earn rewards for your contributions,” describes the game's 42-page white paper, which features all of the details of how it will work in the future. The game is being built with Epic Games' Nanite Unreal Engine 5 technology. By exploiting graphic quality, Star Atlas aims to break the blockchain gaming bubble and gain ground in the large gaming industry, while establishing a complex economy fully integrated into the decentralized finance (DeFi) market.

The Star Atlas will have two native cryptocurrencies: POLIS and ATLAS. POLIS will be the governance token that will allow holders to influence the direction of the game and its economy, such as inflation rates. However, governance only takes effect after a period of 2-3 years, when the ecosystem is already established. POLIS will be distributed in two ways: the first phase consists of the sale of 20% of the governance token during an initial offer, while the rest can only be generated through ATLAS staking. ATLAS is the utility token that will be used within the game for buying and selling items and for distributing rewards. Unlike the utility token of other blockchain games like Axie Infinity's SLP, the ATLAS delivery will be finite. According to the project's blog, the initial $1 million cryptocurrency offering is scheduled to take place by the end of August at brokerage FTX and DEXs Raydium and Apollo-X.

The economy of the game

Star Atlas players will be able to earn in-game rewards by doing missions, exploring planets and accumulating resources they find along the way. Collected items can be upgraded and offered for sale for cryptocurrencies that have “real life” value on the game's official marketplace. In addition to trading resources on the market, users will also be able to sell their services, as Star Atlas has a profession structure that allows the player to have specific skills and monetize them, being pilot, builder, bounty hunter, pirate, among many others. White paper describes Star Atlas economic incentives. Another way to earn rewards within Star Atlas is by staking native cryptocurrencies, as the game will have its own automated Market Maker (AMM). In fact, the game will be fully integrated with the DeFi market through a direct interface with the decentralized Serum exchange. DEX is also based on Solana, the blockchain chosen by the game's developers for having a high transfer rate that reaches 50,000 transactions per second. Solana is also responsible for allowing all items to be non-fungible tokens (NFT). In fact, to start playing Star Atlas, the user must already have some of them. There is still no estimate of what the cost of entry will be, but the developers promise it will be affordable. Even though the full game doesn't have a final release date, an Astro Star browser mini game will soon be released, where players will already be able to put to use previously purchased assets and NFTs.

Fri Aug 27 , 2021
Published: 31 May 2022, 14:09 Updated: 12 July 2022, 09:29The manufacturing industry has large differences in terms of degree of digitization, shows a new report that reveals what characterizes the winners post-covid. "Sees a clear gap". The pandemic has forced nine out of ten manufacturing companies to radically change and […] 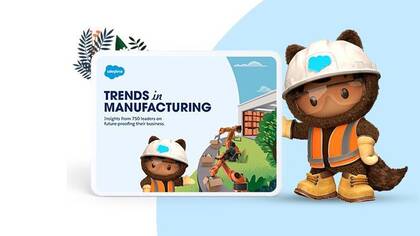