The situation for Swedish cement supply has now ended up with the Riksdag's Industry Committee. On Wednesday, the responsible minister Ibrahim Baylan was called in to report on the government's actions.

Updated: 4 August 2022, 16:40Published: August 4, 2022, 16:33 His message to the committee was vague, but the government has decided to obtain "an independent analysis" of the situation. It could end with a special law to give Cementa on Gotland a temporary extension of the permit. In that case, it would be a necessary emergency solution, but which is also a symptom of a deficient industrial policy. And maybe it will work out. Perhaps Cementa will be heard for its request to the Supreme Court for a partial verdict for a continued permit. The basic problem remains anyway. The government has not taken the task seriously of pursuing an industrial policy for Sweden's best. The course of events puts the finger on an unfortunate combination of two things. One is that the Social Democrats and the coalition partner the Green Party have different views on issues relating to energy supply, industrial conditions and raw material extraction. The other is the statutory licensing in Sweden. In recent decades, subject after subject has shifted from politics to legislation and the courts. Arbitration would thus be replaced by predictability. With this system, private legal entities, ie citizens and companies, can have well-founded expectations and can count on obtaining the government's permission for a certain measure, if only the requirements of the law are met. Once a new rule of law has been decided, the application of the law will in due course clarify how the details are to be assessed. The Supreme Court and the Supreme Administrative Court have taken over the government's role as a final instance. You can no longer "go to the king" to get it right. There are very few areas where the government has the opportunity to try individual areas. An important area where this change has taken place is a residence permit in the country. Once upon a time, individual cases ended up at government level, and the Minister of Immigration was the most ungrateful prime minister. Of course, there are still laws at the political level to enact the laws that the courts must apply. Over time, it may turn out that developments are moving in a direction that leading politicians do not consider desirable, and the only way to bring about change is legislation. . On the contrary, the requirements for keeping the legislation calibrated increase in order for approximately the desired outcome of society to occur. The fact that significant parts of Swedish legislation must also take EU law into account makes it even more important that the government constantly monitors developments. This applies to migration policy, but also environmental policy. There is no given truth in any of these areas. As in so many other places, politics is a trade-off between different values. In the environmental area, environmental protection stands against, for example, the extraction of natural resources. In the best of worlds, both goals can be met, but most often, politics must decide on a level. If you have ended up at the wrong level, it is difficult to correct retroactively. In the case of cement production and lime mining, you can see that the government has not done its job. It is not Cementa's task to work to ensure that there is a good supply of raw materials in Sweden. It is the policy that must see what the needs are, detect bottlenecks in good time and adapt the legislation. That this task has not been taken seriously is revealed by the government's lateness with regard to the part of mineral policy that actually belongs on the government's table. For example, last year Ibrahim Baylan was "spotted" by the constitutional committee because the handling of the Kallak project (iron ore outside Jokkmokk) had taken many years to complete. How should Sweden get minerals? How should basic industries get raw materials? How should the manufacturing industry get inputs? It requires an appropriate regulatory framework for the environment, for taxes and for free trade. And these are not issues for the judiciary, but for politicians. Tobias Wikström
Click to rate this post!
[Total: 0 Average: 0]
Next Post

Wed Aug 4 , 2021
Uruguayan Senator Juan Sartori, from the National Party, presented on Tuesday (3) a bill aimed at regulating bitcoin and the entire cryptocurrency market in the country. When talking about the proposal for the first time on the Twitter, Sartori says that Uruguay wants to be a pioneer in the world […] 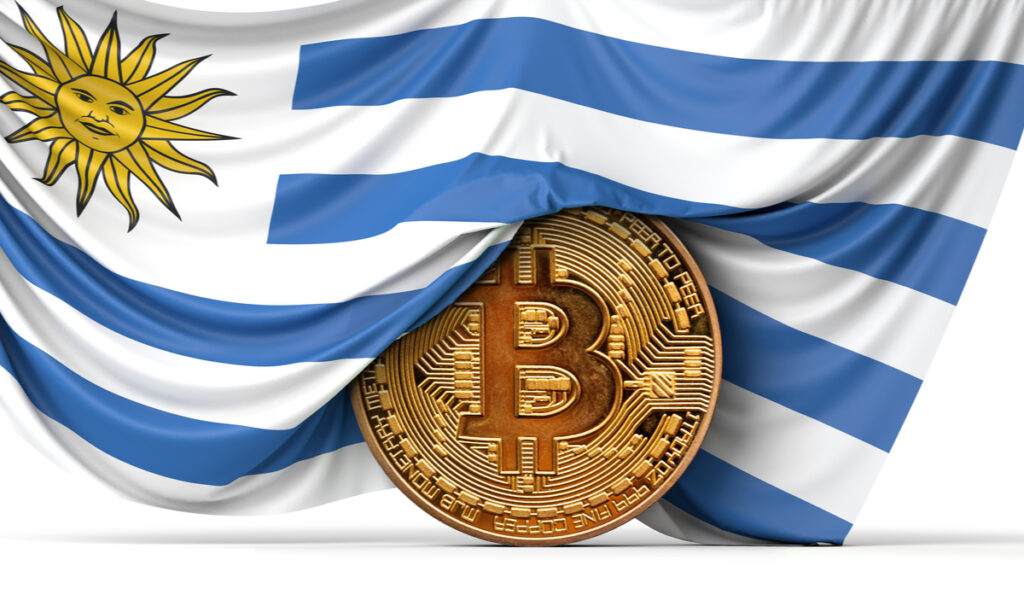