Influencers have always been an important figure in cryptocurrency culture, but not as much as they are now. When Elon Musk started supporting dogecoin (DOGE), the original memeatic cryptocurrency, it generated a wave of imitators, promoted by influencers on social media platforms like TikTok. Some believe that investing in meme coins is crazy while others […]

Influencers have always been an important figure in cryptocurrency culture, but not as much as they are now.

When Elon Musk began supporting dogecoin (DOGE) , the original memeatic cryptocurrency, it generated a wave of imitators, promoted by influencers on social media platforms such as TikTok.

Some believe that investing in meme coins is crazy while others believe they are cheap gambles with the potential to generate 1,000% profits. Whoever is right, interest in “meme coins” or “meme tokens” has soared in recent months.

What are "meme coins" and "meme tokens"?

Generally, a meme coin has no inherent value or utility. As the name suggests, these cryptocurrencies are inspired by internet memes: jokes and images shared on social media.

Dogecoin, the original meme coin, is based on the old Doge meme, which originated from a picture of a shiba inu dog. It has its own blockchain and thus is different from meme tokens, which operate on an existing blockchain.

Two of the most popular meme tokens are shiba inu (SHIB) , copy of dogecoin and a standard ERC-20 (transferable) token developed at Ethereum, and safemoon (SAFEMOON) , which operates on the Binance Smart Chain (BSC) .

There are over 200 meme coins and tokens listed on the CoinMarketCap price aggregator website. Many are copies of dogecoin and many make references (positive or negative) to Elon Musk.

How did meme tokens become popular?

Since dogecoin was launched in 2013, it has become much easier to create a cryptocurrency and meme tokens can be released quickly after some events or become popular because of their association with influencers.

For example, in May 2022, Facebook CEO Mark Zuckerberg posted a photo of his pet goats with the caption: “My goats: Max and Bitcoin”.

Shortly thereafter, a token called Aqua Goat saw its value skyrocket about 300% hours after the photo was published.

When Elon Musk tweeted that if there was a scandal about it, the token should be called “Elongate”, an ELONGATE token was released in less than an hour.

Mercenary motives? Perhaps. However, so far, developers claim to have donated nearly $3.5 million of their profits, due to the token increase, to charity.

How to buy meme coins and meme tokens?

As the main meme coin, dogecoin is available at a wide variety of crypto brokers, including Coinbase , Binance and Kraken .

Meme tokens tend to be available at fewer brokers. SHIB, for example, can be traded on Binance, Crypto.com and KuCoin, as well as on decentralized brokers (or DEXs) such as Uniswap.

As of June 2022, the listing of SHIB on Coinbase Pro had been temporarily postponed, but is now available . SAFEMOON, as it was developed at BSC, can be traded on Binance or on internal DEXs such as PancakeSwap.

Generally, when meme tokens are released, they are distributed. Many small-cap meme tokens are only available on DEXs like PancakeSwap and can only be purchased with other cryptocurrencies.

How are meme coins different from other cryptocurrencies?

All cryptocurrencies depend on a strong community and influencer support. However, meme tokens have gained popularity because of their disproportionate associations with influencers – especially Elon Musk.

Tesla's CEO only needs to tweet about one topic like Baby Shark (based on a song popular with kids) to make the price of meme-related tokens skyrocket .

Meanwhile, meme token developers use advertising gimmicks to drive up the price. The team behind SHIB gave half of all tokens to Vitalik Buterin, co-founder of Ethereum.

However, he ended the plans when he got rid of the tokens ( donating the proceeds to charity ), asking projects not to give him coins without his consent, stating, "I don't want to have such power."

Meme tokens total about 3.07% of the crypto market capitalization and the sector is worth more than $80 billion, according to the CryptoSlate website.

Generally, meme crypts have a high supply in circulation (usually in the quadrangles house).

What are the most popular meme tokens?

According to CoinMarketCap , the three most popular meme coins (as of October 2022) are shiba inu, dogecoin and dogelon mars.

Shiba Inu was launched in April 2022 as an “experiment on creating spontaneous and decentralized communities”, whose value quickly soared 2,000,000% before reaching a record high in early May.

The token benefited from the attention given to dogecoin, especially when Elon Musk took part comedy of the American program Saturday Night Live, resulting in a large settlement DOGE after billionaire have called the money "fraud."

SHIB has a total supply of one quadrillion and was created to allow users to store billions or even trillions of tokens.

Dogecoin was invented by developers Jackson Palmer and Billy Markus. It started out as a joke, but has become a serious proposition since Elon Musk began to publicize it in 2019.

The puppy cryptocurrency has soared in value in recent months, with a market capitalization of nearly $38 billion.

Musk is working with Doge's developers to improve the platform, optimizing it as a means of payment for goods and services and to reduce its carbon footprint.

According to the project's website , dogelon mars is a dog born in the year 2420 and who wants to turn his "growing colony into a core of technology that will bring prosperity to all lives across the galaxy."

50% of the total supply of ELON tokens was also donated to Vitalik Buterin as “a gesture of peace who then donated his tokens to charity” while the remaining 50% was blocked in Uniswap's liquidity pool.

What are the dangers of meme tokens?

Not everyone sees the funny side of dogecoin and the gang. A Thai regulator required brokerages to delist meme tokens in June 2022, along with non-fungible tokens (NFTs) and “fan tokens”.

There is also the constant danger of “rug pulls” when developers have a large amount of coins, convince people to buy them and then sell the coins.

This causes the market to plummet as they flee with their prize. Even Mark Cuban, an experienced investor, was a victim of these schemes.

One way to mitigate these attacks is to only buy coins that are rated, audited, or have some reliable third-party oversight.

Relying on crypto influencers to promote the next currency seems like a frivolous undertaking. However, the future success of meme coins and meme tokens depends on the strength of their communities and the influencer culture will not cease to exist.

It is inevitable that regulatory crackdowns (such as in Thailand), the crop of meme tokens will expand as the tools for their creation become increasingly accessible.

Meme.com , for example, is a new marketplace where users can compare meme coins and issue their own “memeatic tokens” whose price will be based on the apparent value of trends or the memes they represent.

Backed by nothing, assets of US$ 80 billion managed to be consecrated through the “buzz”. 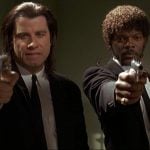