This is the story of Safemoon, a project that fueled the dreams of thousands of people, but which proved to be a massive financial fraud scheme, in a billion-dollar rug pull. This Monday, April 18th, the youtube channel Coffeezilla (1 million subscribers), linked to the twitter account @coffeebreak_YTuploaded a 40-minute documentary which presents an investigation carried out by him and his team on the project SafeMoon (SAFEMOON). The investigation lasted more than a year, according to the presenter, and the evidence is quite conclusive. So conclusive that the FBI is investigating the case and there are already legal proceedings in the US prosecutor’s office against the team accused of fraud. It is worth watching the full documentary (in English) to know all the details.

The token built in Binance Smart Chain was very successful in Brazil and was often seen in conversations about the market and cryptocurrency groups on various social networks. In the telegram, the group for Brazil and Portugal still has more than 10 thousand members, even after several evidences of fraud during this year and after the publication of the documentary.

On facebook the official Brazilian group also still has more than 7 thousand members supporting the project that is confirming itself as one of the biggest rug pulls in the market to date and the number of participants both on telegram and on facebook was much higher.

According Coingoliveeven after all this negative exposure for a year, the SAFEMOON token still holds the #187 position in the ranking by market capitalization, with more than R$1.80 billion in marketcap.

Safemoon, not so safe

According to the documentary, the project was born as a fork of Bee Token (BEE), which proved to be a rug pull. Even Safemoon’s own team has admitted in the past that they had copied code from a fraudulent project. Briefly, BEE created a system of liquidity pools in AMM (Automated Market Makers), where the token could be exchanged for BNB automatically, rewarding investors with part of the fees – as with most DeFi projects. The difference with the Bee Token is that 5% fees were charged on transactions, of which 3% were destined for the liquidity pool (something normal), but 2% were distributed as an airdrop to all BEE holders. Encouraging the hold, with a passive income simply by having the token in your wallet. The way Safemoon stood out was that, instead of 5%, they “innovated” and “evolved” (as described by the team itself), charging 10% fees on all transactions. The name safemoon was strategically thought to create a sense of security and guaranteed extraordinary gains within this unsustainable system.

Kyle and the “Give Me Your Money” token

The creator of Safemoon is an anonymous developer who goes by the name of Kyle and had already made a few attempts to launch tokens that were purely “money grab” purposes. One of his inventions was the token called Give Me Your Money (GMYM), which literally means: “Give Me Your Money”.

As witnessed by one of the project’s Community Managers (CM) in an interview, Kyle never imagined that this venture would go this far and was not prepared for what happened. It was then that he assembled a team, which proved dedicated to maintaining fraud and deceiving the community. 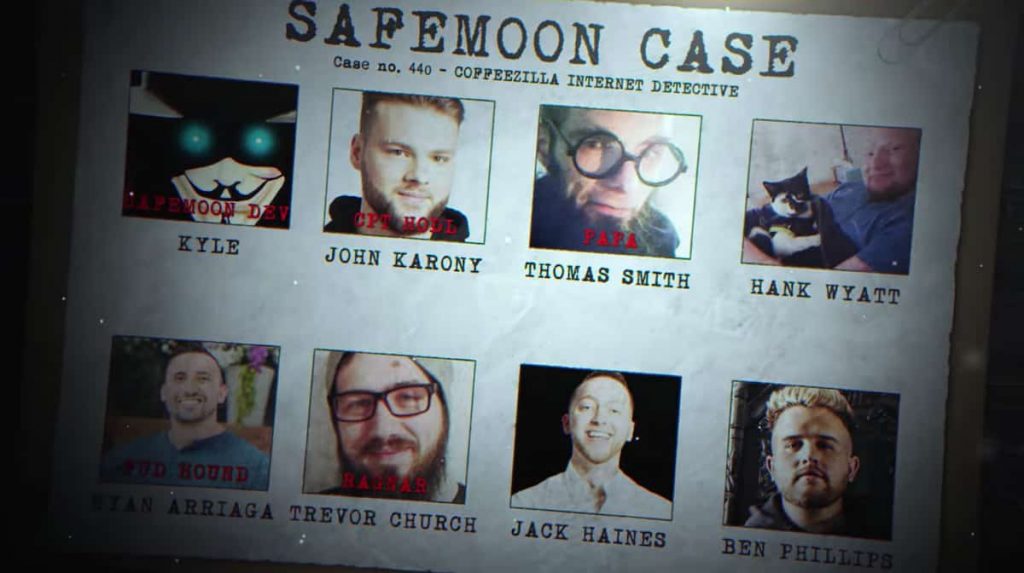 Among the protagonists in the coup, in addition to Kyle, is John Karony, the CEO of Safemoon and spokesperson for the project. Karony has worked in the US Department of Public Safety, in the military and his parents were both former CIA agents. John Karony is the one who continues to lead the team today and still has a legion of fans who defend him, even despite the evidence for his crime. There are reports that the CEO, over time, bought the other members out, as their malicious attitudes were publicly exposed. This happened with Kyle, who was discovered withdrawing funds from the Safemoon/BNB liquidity pools, even when the whitepaper stated that funds in LP were automatically locked by a smart contract and were impossible to withdraw. Which, in theory, should make a rug pull impossible, like what happened. Then it was “Papa” – Thomas Smith – who was caught stealing contract funds, under the guise of transferring funds from pool v1 to pool v2. What actually happened was that he pulled BNB and SAFEMOON out of v1, but injected only BNB into v2, keeping the safemoon token in his own wallet. This made Safemoon’s price against BNB go up a lot, as the quote on an AMM is defined by the amount and ratio between the two swap tokens. The more BNB versus SAFE was injected, the more safemoon went up in the market through arbitrage. 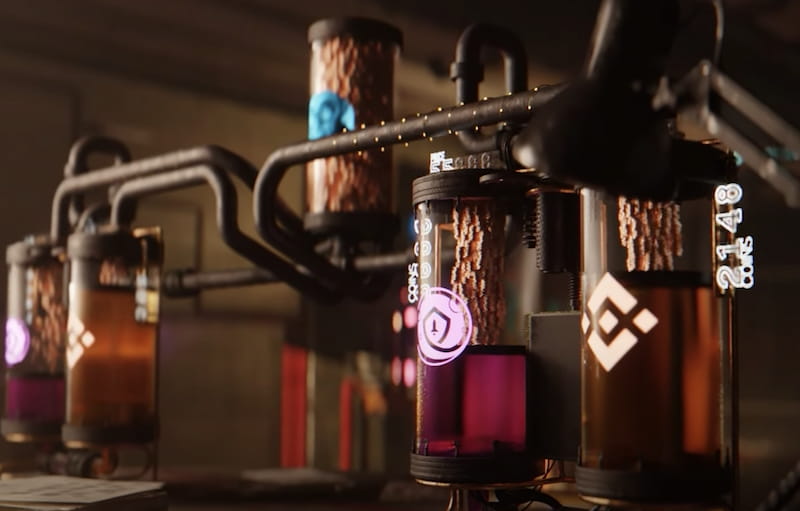 So even when Papa was discovered in his price manipulation, the community supported him as this was creating a false impression of profit, which was proven wrong when the tokens were dumped on the market, causing the price to drop. Papa left the project a few days later, without giving an explanation and later admitted that his departure was bought by ex-military John Karony.

The community defending the project called itself the “Safemoon Army” and for a long time was led by Ryan Arriaga, known as “FUD HOUND” (the guardian of the FUD). He always displayed aggressive and hostile behavior towards anyone who raised red flags or questions about the project and was supported by the community army. Many lies have been and continue to be told, and even with the recent departure of Arriaga (also bought by the CEO, according to reports), the Safemoon Army remains strong and active. In addition to the organic army, the project was greatly boosted by influencers on social media, who were paid in advertising deals to publicize the project that led thousands of people who trusted them to lose their money to the team of thieves. According to the FBI-led lawsuit, these influencers are also being charged and investigated for complicity in the fraud.

Cheapest cryptocurrencies to buy in 2022

Wed Apr 20 , 2022
Any trader or investor who wants to earn money should aim to get a new cryptocurrency portfolio in 2022. And, given the global crisis, accentuated by the war in Ukraine, this type of asset whose price fluctuates becomes a of the best bets for anyone who wants to invest in […]