Russian forces have withdrawn from the airport in Hostomel, north of Kyiv, satellite images show. At the same time, Ukrainian President Volodymyr Zelensky warns of continued fierce fighting in eastern Ukraine.Published: 2 April 2022, 13:17Russian troops are reported have withdrew from the airport in Hostomel, near the capital of Ukraine, which has been the subject of fighting since the beginning of the invasion, writes the British Ministry of Defense in its latest intelligence report. At the same time, Ukrainian forces continue to advance against Russian units that are in the process of withdrawing from areas on the outskirts of Kiev. Ukraine is also said to have retaken several villages in eastern Ukraine and, after fierce fighting, secured a central road in eastern Kharkiv. But during the night, Russia bombed several residential buildings in the city of Luhansk and nearby Toshkivka, Luhansk region governor Serhiy Haidai said, according to the BBC. It is unclear how many were killed or injured in the attacks. In an update on Saturday, the Ukrainian Ministry of Defense writes that it has noted Russian troop movements in the Moldovan breakaway region of Transnistria, bordering southwestern Ukraine, and suggests that Russia may plan an attack from there. The information is unconfirmed. Zelensky also says that the Russian retreat in the north is slow but that it is noticeable. He describes what is left as a “complete disaster” and warns citizens of mines and the risk of being shelled. video posts on social media early on Saturday.He urges the Ukrainians to be careful and wait for demining and not to try to return to their normal lives before the risk of being shot is judged to have decreased. The International Committee of the Red Cross (ICRC) will on Saturday make new attempts to evacuate residents from the besieged city of Mariupol in southeastern Ukraine. On Friday, the ICRC was forced to suspend evacuation work after the situation made it impossible for the convoy to reach. On Saturday, Ukraine’s Deputy Prime Minister Iryna Vereshchuk announced that seven humanitarian corridors would be set up during the day, one of them from Mariupol. An escape route that according to the information is limited to only driving. By Friday, about 2,000 people should still have been able to leave the city on their own, according to the ICRC. Ukrainian President Volodymyr Zelensky says more than 3,000 people have been evacuated from Mariupol. “Today, humanitarian corridors operated in three regions: Donetsk, Luhansk and Zaporizhia. We have managed to save 6,266 people, including 3,071 people from Mariupol, says Zelensky in a video post on social media early on Saturday.According to local authorities At least 5,000 people have been killed in Mariupol. An estimated 170,000 people remain in the city. They have no or inadequate access to water, food and electricity. ”Europe has no right to face what is happening in our Mariupol in silence. The whole world must respond to this humanitarian catastrophe, “said Zelensky. In his speech during the night, the president had a message for the pro-Russian leaders who have been installed in occupied cities: It will not be long. He says that those who cooperate with these leaders will have problems. ” will lead to problems. This is the last warning “, says Zelenskyj. The US Department of Defense announces that it will assist Ukraine with additional military equipment worth 300 million dollars, equivalent to over 2.8 billion kronor. These include weapons and ammunition, communication systems, medical equipment and spare parts. “This decision underlines “The United States’ steadfast commitment to Ukraine’s sovereignty and territorial integrity and its heroic efforts to fight back against Russia’s war,” said Pentagon spokesman John Kirby in a statement. $ 1.6 billion, according to Kirby.TT

Sat Apr 2 , 2022
The cryptocurrency market started the month of April with a correction as most cryptocurrencies started the day in the red. Although most Altcoins have been recovering, there are only a handful of cryptocurrencies that have sustained the bullish cycle. One of them is Zilliqa (ZIL). Zilliqa surprises the market with […] 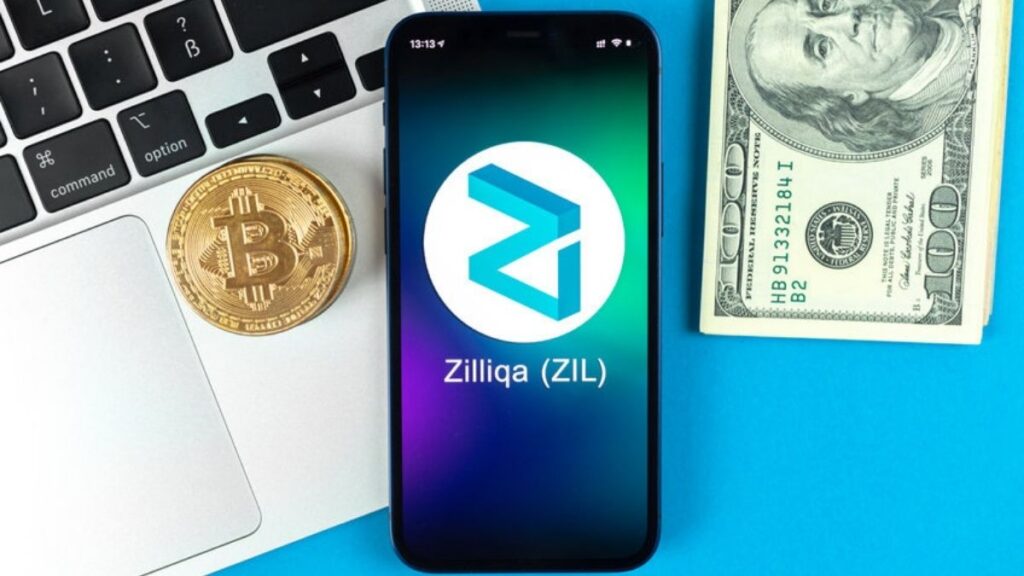