What is Sidus Heroes

SIDUS transports gamers to a world based on the cryptography and blockchain philosophy in which a major technological transformation has taken place.

All living beings in SIDUS have become one with technology.

Their characters, characteristics and outlook on life were predetermined by the technological race in which they were born. Inhabited by creatures seeking excellence and power, SIDUS has transformed itself into a war-torn universe full of chaos and endless confrontation.

Player interactions with the SIDUS universe:

How to play SIDUS HEROES

Each of these tokens guarantees entry to the metaverse and can also be used for staking or wrapping the game's blockchain.

They can already be purchased from OpenSeas.io with ETH and appear to be hosted on Ethereum, although the whitepaper doesn't make it clear which blockchain the game will run on.

During the study of the game's documentation , it is understood that it will have its own blockchain, but nothing has been confirmed in this regard.

In addition to the founding heroes, the Academic Heroes Collection will soon be released, which will also allow participation in the game, but without staking and wrapping functionality.

The 6,000 heroes in the main collection are divided between:

SIDUS Heroes wants to position itself as a game with great content development (NFT) and gameplay, but also with a strong and healthy economic system, as they realized that normally the tradeoff between these points is very big in current games.

The economic system is quite complex and involves different subsystems and cycles according to the stage of development. Two different tokens will be used: SIDUS and SENATE . Which have different purposes and uses.

The SIDUS token is described in the whitepaper as the “token to play”.

With SIDUS, the player will interact with the following economic subsystems:

Your distribution of 30Bi (100%) will be carried out as follows:

*in the whitepaper it's not clear what the ecosystem would be, but it's possible that it's what other games call an in-game “Reward Pool”. That being the case, it is very positive and is in line with the proposal to create a strong and healthy economy, as we have observed a distribution of only 30% on average for the ecosystem, with a greater weight for other points.

The SENATE token is described in the whitepaper as the “governance token”.

It can be used to interact with other economic subsystems of the game, in addition to determining the player's social “status” and works as a weight for votes that influence political and economic decisions in the SIDUS universe, as well as on the network.

With SENATE, the player will interact with the following economic subsystems:

It is interesting to note that the team guarantees a much superior participation on the governance token.

How to buy SIDUS and SENATE tokens

On December 15th, at 12:15pm, both $SIDUS and $SENATE tokens will be available for trading on the Gate.io exchange.

Both will be tokens running on Ethereum .

Watch the video where we explain more about the game

In the first stage of development, the economic functioning of the game will not involve team tournaments. So the economic cycle should get more complex as the game continues to evolve.

I recommend that players, who are interested in going deeper into this area, study the economic model on their own. As it includes 17 detailed infographics of player interactions, with tokens and each subsystem.

According to the developers, teamwork will be important to be able to maximize profits.

The game is currently in the DEMO stage and can be accessed on the official website .

Bitcoin (BTC) dawned on this Wednesday (15) showing a consistent recovery. According to data from Coinmarketcap, the currency appreciation is around 2.5% and 3% in the last 24 hours and is quoted at US$ 48,392. According to the Bitcoin Portal Index, in Brazilian currency the BTC is quoted at R$ 277,006. The recovery has started […] 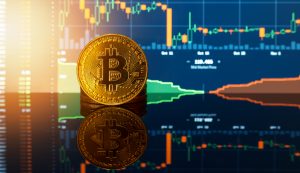