The novelty will be created using the cryptocurrency blockchain Secret Network (SCRT), a recent digital asset that promotes the use and processing of private data in smart contracts .

This means that Tarantino will release secret content within each of the 7 NFTs auctioned. Content will feature never-before-seen , hand-written scripts from the Pulp Fiction movie, exclusive comments from Tarantino, and reveal secrets of the film and its creator.

The public arts (metadata) of the NFTs will be unique and aimed at the film-loving public.

“ I'm excited to introduce fans to these exclusive Pulp Fiction scenes.” said Tarantino . “Secret Network and Secret NFTs provide a whole new world of connecting fans and artists and I'm thrilled to be a part of it. ”

Pulp Fiction is a critically acclaimed film, having won the Palme d'Or at Cannes, seven Oscar nominations, including the award for best photography.

This will be the first time a popular artist has released an NFT with privacy features. To date, all NFTs on the Ethereum network and the like rely on public metadata. As a result, the collectors' images and content are visible to the world.

With the technology of secret NFTs, artists can choose which metadata will be public or private; as well as the possibility for the owner to display the contents or keep them private.

“ The arts community is alive with innovation and the media is actively exploring all the potential use cases associated with technology. We now have privacy and access controls, courtesy of Secret Network. Ultimately, this will allow for a cascade of potential new use cases. ” – said Guy Zyskind, co-founder of Secret Network and CEO of SCRT Labs

Among the use cases presented by SCRT Labs are game cards that need privacy to hide the players' actions, loot boxes, raffle tickets, identities with sensitive data and even luxury goods.

Secret Network was developed by the same creators of Ethereum's old private scalability layer called Enigma. The project suffered several setbacks and was practically recreated under the name of Secret Network, this time developed using the tools of the Cosmos project.

According to data collected by Cointimes on the social networks of the cryptocurrency developers, other famous artists got in touch to launch new secret NFTs.

Despite the novelty, according to data from Coingolive, the cryptocurrency had a high of 2699.13% in the last 12 months, but suffers a correction of -0.24% in the last 24 hours.

Discover the new bitcoin and cryptocurrency-based credit market, find out about the main news of the week and... 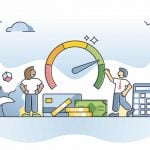