American economist Peter Schiff, gold entrepreneur and famous critic of bitcoin, had a branch of his investment bank Euro Pacific International closed by Puerto Rico regulators for lack of liquidity. As he described on Twitter, he was not given a chance to sell the company, due to “false allegations” about its bad reputation in the media. bank as part of an ongoing investigation, with the bank’s capital reportedly negative at $1.3 million. Through a thread on Sunday night (06) on Twitter, Schiff vented about the situation and claimed there were no irregularities. instead of allowing its sale to a highly qualified buyer promising to inject capital far beyond what regulation requires. As a result, accounts have been frozen and customers may lose their money,” Schiff tweeted. He said the regulators’ mistake in the decision was to link false news about him on the internet to his 4% share he would receive in a possible settlement. According to him, if he knew that this would be a problem, he would give up. “I had to put in $7 million over the last 2 years to cover operating losses due to criticism of me,” he pointed out. He added: “It also costs a fortune to run a small bank. That’s why I never made any money. The regulatory costs are exorbitant.” And he concluded: “I am being punished for my political views. But I have the constitutional right to express my opinions. The government violated these rights by illegally persecuting me for expressing them. They deprived me of the $17.5 million I was about to receive from the sale of the bank.”

Despite no evidence of crimes, Puerto Rico regulators closed my bank anyway for net capital issues, rather than allowing a sale to a highly qualified buyer promising to inject capital far in excess of regulatory minimums. As a result accounts are frozen and customers may lose money.— Peter Schiff (@PeterSchiff) July 3, 2022

However, due to its history of criticizing bitcoin, it also ended up as a target for the bitcoin community. After the outburst, Bitcoin fans were not forgiving, as Schiff – who was also famous for predicting the 2008 US mortgage crisis – called bitcoin a bubble several times and always refuted bitcoiners when it came to the concept of the BTC as digital gold. “Now do you understand why you need bitcoin?” joked user 2037 on Twitter.

“You may have to change your perspective on cryptocurrencies, because crypto solves this very well,” wrote user Ian Alexandr.

Sorry to hear this. Maybe you’ve to switch your perspective on crypto, because crypto solves this very well..— Ian Alexandr (@alexandr_ian) July 4, 2022

“Bitcoin fixes this,” said another. Although it seems ironic, user The Black Swan Whisperer said: “I would say his public life persona has conflicted with his business. That’s why good entrepreneurs don’t go around polarizing people. At least now you can focus 100% on your public life.”

i would say that your public life persona conflicted with your business. it’s why good business people don’t go out and polarize publicly. At least now you’ll be able to focus 100% on your public life.— The Black Swan Whisperer (@yukatabob) July 4, 2022

In March 2020, Peter Schiff exposed his theory about bitcoin, which would have a positive correlation with risky assets and a negative correlation with gold. He explained at the time: “Bitcoin is positively correlated with risky assets like stocks and negatively correlated with store of value assets like gold. When risky assets go down, bitcoin goes down more. But when these assets increase, Bitcoin appreciates less. There’s no value in that!”.\r\n window.uolads.push({id: \”banner-970×250-area-1\” });\r\n \r\n

Professor: The defense is putting some sticks in the wheels

Tue Jul 5 , 2022
Politicians should be better at governing their authorities and changing the rules of the game for how the change should go, were a couple of the messages from Di’s sustainability scene on Tuesday afternoon. “The entire system is rigged to help business as usual. It is short-term “, said Tove […] 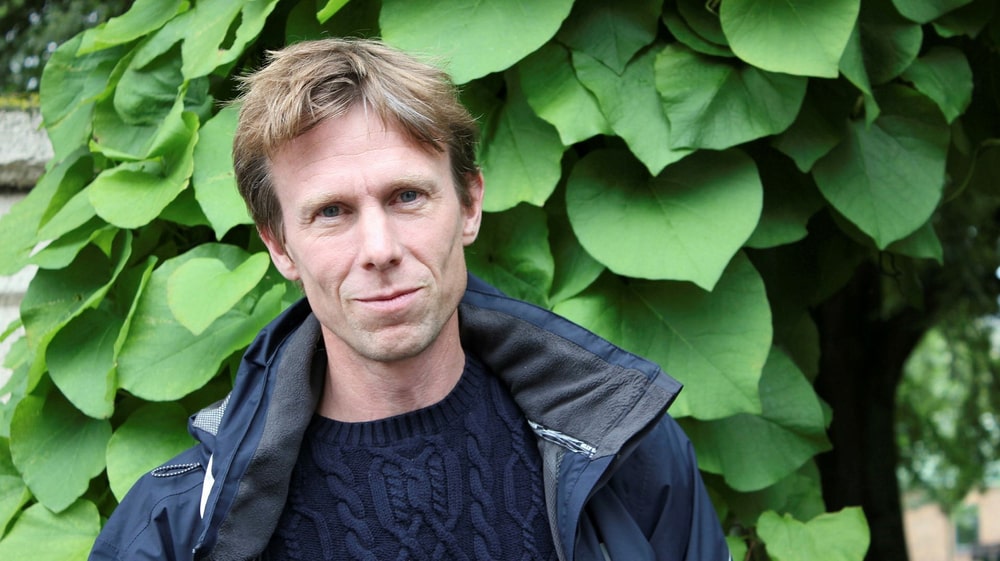