Politicians should be better at governing their authorities and changing the rules of the game for how the change should go, were a couple of the messages from Di’s sustainability scene on Tuesday afternoon. “The entire system is rigged to help business as usual. It is short-term “, said Tove Blomgren from EY Doberman.Published: 5 July 2022, 16:26Delivers the policy on sustainability area? Well. There is steering speed in the climate area, but acceleration is required. This was emphasized by Björn Sandén, professor of innovation and sustainability at Chalmers University of Technology and a member of the Climate Policy Council. “It’s way too slow. So in that way, politics does not deliver. ”At the same time, he said, there is a completely different dynamic and energy around the change now compared to ten fifteen years ago. “Back then, no one linked innovation and climate as they do now. When the whole world has to change, it is a huge opportunity for Sweden to do things. There is something new and interesting there, and it is beginning to be perceived now. ”In some respects there is even a risk that we will run too fast, as the situation is now, he said. “What is missing in politics is a kind of long-term perspective, you are more reactive. Foresight would be needed. ”To answer exactly what will be required in the future, the governing bodies should seek help from their authorities, said Björn Sandén. “Take the climate issue. The Climate Act states that the climate is about the overall policy. You still see it a bit as an environmental issue and have not raised it in the whole thing. You need a much broader view of that. ”According to Björn Sandén is politicians are bad at giving instructions to their authorities. “It is fascinating that an authority such as the Swedish Transport Administration does not make plans to reach net zero in 2045. It is interesting that the Armed Forces does not see that renewable energy is prioritized by insurance policy, rather you may be a little opposed and put a little sticks in the wheels. As for circular energy, we have an energy authority, but no materials authority. It is an area that is under-institutionalized. ”In such a major change, there will of course be those who experience themselves as losers. Nor has politics taken its responsibility, says Björn Sandén. “It must be visionary. Put on the leader shirt and show that this is where we want to go, this is where we are going. And explain why. Then it is much easier to get people with you, than to be nervous and jump here and there. ” Tove Blomgren, creative director at EY Doberman, reminded from the stage of the extremely acute situation the world is actually in. In three and a half years, Sweden will have spent its CO2 budget. “We have to hurry, it is not fast enough at all.” The big problem, she says, is that even though the world has changed, the rules of the game have not. “We work with the same system, the same incentives, we pour money into the fossil fuel sector. So the whole system is rigged to help business as usual. It is short-term, with demands for growth no matter which way. ”The only ones who can help to level the playing field are the politicians, points out Tove Blomgren. “It can not be the case that those who go before are punished for having so much externalized costs. You have to go in there with a green tax change, bonus malus system – what if you took all the subsidies and redirected them. ”Tove Blomgren says that she feels some frustration that so little is happening. “Among those who take the lead in business, we see Volvo working with internal CO2 budgets, Skanska has a bonus system in line with the Paris Agreement, Axfood has a proposal to reduce VAT on sustainable food. There is a lot of creativity, there are a lot of good ideas. Politicians make mistakes when they listen to those who have the greatest resistance and let them set the agenda. If we do, we will never get anywhere. ” Di

Tue Jul 5 , 2022
Plan B Forum. Photo: Disclosure. Tether Operations Limited (the company behind USD Tether) and the Swiss city of Lugano have announced the speakers for the first Plano ₿ Forum, a conference addressing Bitcoin and its potential for global financial disruption. Scheduled to take place October 28-29, 2022, the Forum will […] 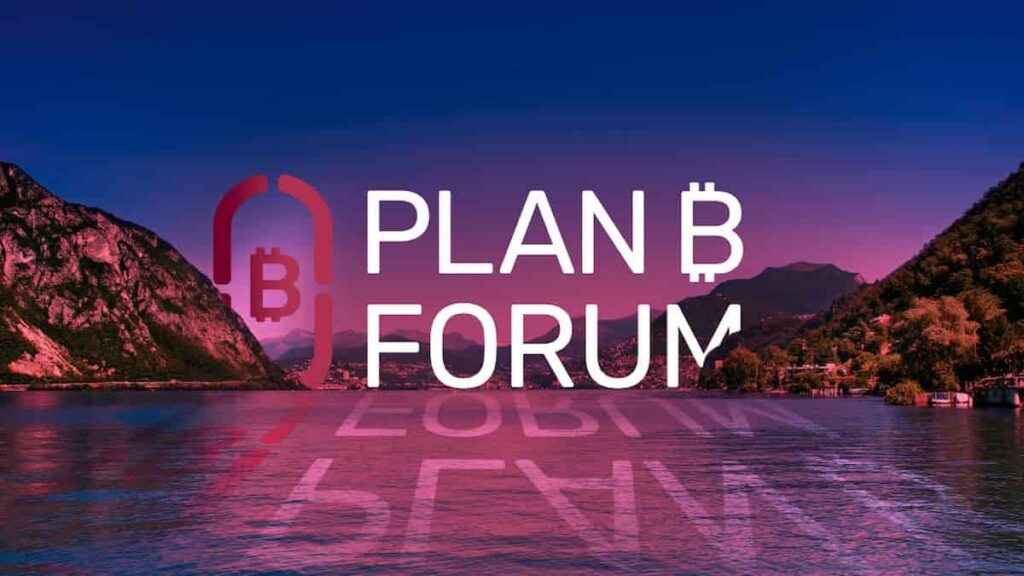