The NCA is pushing Bitcoin wallets to make money laundering more difficult, undermining BTC’s fungibility in the process; Wasabi’s Coinjoin has already announced that it will start refusing specific bitcoins, but Samourai claims it cannot be regulated.**Clarification: the article was updated with new information from the Samourai Wallet, which stated that it has not yet been required by the government (see the answer at the end of the article). As such, the state pressure reported first in the Financial Times is just the NCA’s call for more regulations. Money laundering. “Decentralized mixers”, also called CoinJoin, are technologies that allow the scrambling of bitcoin transactions through a digital contract signed by several users in order to hide who owns each currency. Gary Cathcart, head of financial investigation at the National Crime Agency, coinjoins are used by criminals to hide the origin of coins from illicit activities such as ransomware, fraud, state-sponsored crime and terrorism.For the UK government agency, privacy-focused wallets like the Wasabi Wallet and Samourai Wallet should be required to perform customer checks and audit trails of currencies that pass through the platforms. More than 1 billion dollars in bitcoins with links to illicit activities have already passed through the Wasabi Wallet mixing, estimates the blockchain analysis company Elliptic. Bálint Harmat, chief executive and founder of the company behind Wasabi, denies this is true. However, as Cointimes reported on Monday, The wasabi passed to censor transactions, without giving so many explanations about the reason for the measure.

“Free and open source software algorithms in which there is no entity that takes custody of funds cannot be effectively regulated,” says Samourai Wallet

In a publication on Tuesday (15), Samourai agrees that Elliptic’s numbers are probably exaggerated. Citing the data that allegedly 15% of all funds originating from criminal activities in 2021 went into mixers, Samourai pointed out that FinCEN estimated that only 1% of ransomware funds flowed into mixers. anonymous, stated that there is an important distinction between “mixers” and free software algorithms called CoinJoin, such as Whirlpool, used by Samourai Wallet.

“A “mixer” implies an escrow system where cryptocurrency is sent to the control of a third-party custodian who promises to send cryptocurrency unrelated to the deposit back. The software that Samourai Wallet produces is fundamentally different. In Samourai’s software, users individually collaborate with each other to compose what are known as CoinJoin transactions for themselves. The user retains custody of their bitcoin at all times and the transmission of funds to third parties never takes place.”

The Samurai argues that custodian mixers should be scrutinized and avoidedbut free software cannot be effectively regulated.

The privacy of an ordinary user on the Bitcoin network

Although many suggest that Bitcoin can be a good tool for criminals, the truth is that Bitcoin blockchain transparency makes the level of privacy on the network considerably low. Bitcoin is pseudo-anonymous at the protocol level, but most bridges between cryptocurrency and the traditional financial system guard large amounts of information about their users to comply with anti-laundering regulations. money. Samourai says this becomes a problem mainly because of data leaks:

“Several of these custodians have had serious data breaches, where these Confidential information is now in the hands of criminals and other malicious actors, putting innocent users at risk increased from being targeted for serious crimes such as fraud, kidnapping or worse. With transparent ledgers like the Bitcoin blockchain, all transactions are publicly recorded and viewed by anyone indefinitely, ua situation that no normal person would tolerate in the existing financial system.The existing system has several built-in legislative mechanisms that ensure basic privacy (your bank doesn’t share your account balance and transaction history with the coffee barista, for example). Blockchain does not have the luxury of legislative power to solve these problems, therefore software solutions like CoinJoin are used to get these basic protections.”

Finally, the developers of Samourai claim that the argument that the identity of bitcoin users is obscured in the blockchain so that users do not have to worry about basic financial privacy. it’s not just bad advice, it’s a weak attempt to justify an unprecedented invasion of the financial privacy of law-abiding citizens.For them, the NCA’s mission should be to prevent serious and organized crime and not regulate the behavior of citizens law-abiding.[ATUALIZAÇÃO]: After the publication of the article, Samourai Wallet clarified that so far he was under no pressure for anything at all.

“I defy anyone to cite the specific regulation that requires non-custodial wallet software developers to blacklist addresses or hire chain surveillance companies, so far no one has.”, tweeted the official wallet account.

As we showed earlier, the founder of Wasabi Wallet explained that “blacklists” would be coming to the wallet coinjoin. Additionally, a Samourai developer showed how Wasabi would be hiring a blockchain analytics company to know which coins to reject on coinjoin.See too:NovaDAX is full of news! One of the largest cryptocurrency exchanges in Brazil has now ZERO withdrawal fees in real! NovaDAX also counts zero fees for Bitcoin transactions and more than 110 listed currencies, with cash withdrawal available and high liquidity. Cryptocurrencies with the best rates on the market! Simply activate the free Novawards program and enjoy reduced rates of up to 75%. Discover the NovaDAX Card and order yours now.

Bitcoin (BTC) Enters Strong Consolidation; When can we expect a rise?

Tue Mar 15 , 2022
The world’s largest cryptocurrency, Bitcoin (BTC), has entered a severe consolidation and is currently trading at around $39,000. At press time, Bitcoin price movement on the daily and weekly chart is less than 0.5%. Earlier today, Bitcoin briefly contracted in an attempt to break above $40,000. Popular cryptanalyst Lex Mozkovski […] 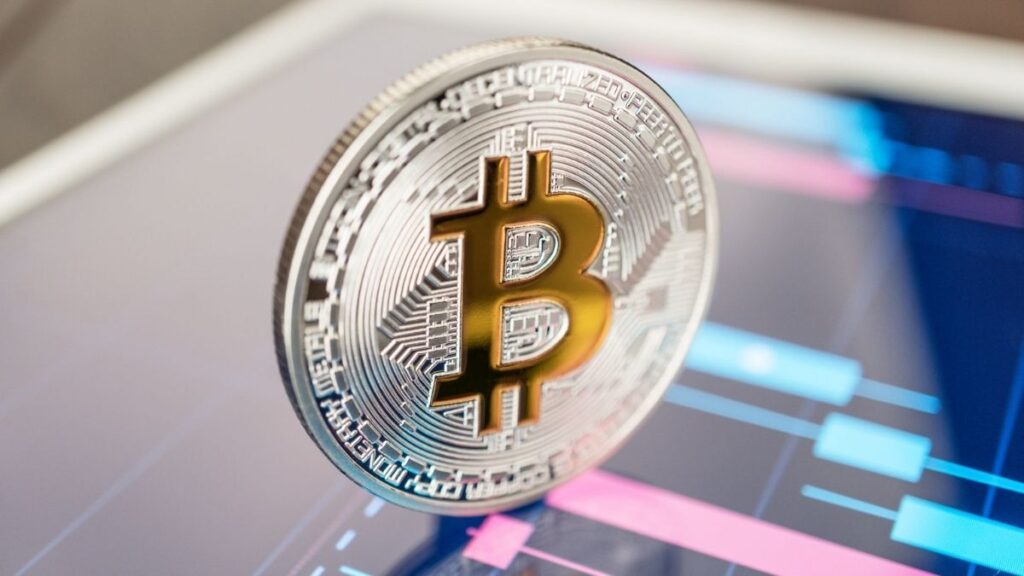