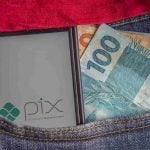 The Central Bank of Brazil has just announced two new security mechanisms for the PIX: the precautionary block and the special return mechanism (MED) and this could have serious consequences in the cryptocurrency market.

According to the BC, the precautionary blockade is simple to understand: "in the act of credit, the institution where the alleged scammer has an account may block the resources for up to 72 hours, during which time it will carry out a more robust analysis and verify whether it is the case of fraud.”

While the MED can be activated by the user who was the victim of some fraud, this directly through the financial institution's own service channel, a kind of chargeback. The institution from which you received it, in turn, blocks the resources and both will have to analyze the case within a maximum period of 7 days.

"With proven fraud, the user who was the victim of the scam has the amount returned." – says the BC.

Consequences for the bitcoin market?

Some users are already concerned about the consequences of these “new security mechanisms”.

"So when the pix's money lands in the account, receipt will no longer be guaranteed, as the payer can allege fraud." – said a user on Twitter.

This can be a huge headache for the cryptocurrency market as bitcoin transactions are irreversible and Pix is now reversible. And the worst thing is that Pix facilitates cases where money is blocked, which can affect the liquidity of small sellers of digital assets.

Seller Gustavo Marinho tells how his experience was when his bank account balance was blocked by a scammer and says that the BC's new rule can speed up case resolutions:

“ In July of last year a customer contacted me to buy bitcoin. The negotiation took place normally, she sent me a bank transfer and I sent bitcoin. However, even so, she disputed the purchase to the financial institution and my balance was blocked.

I ended up being without access to my money for about 17 days, which won me a lawsuit against the bank. So the nice part of this Pix update is that it's put in a considerably shorter time frame than what might happen. Still, it's a plateful for malicious agents. "

It seems that the qualities of the PIX are deteriorating, the BC's payment method, previously without limits, started to operate with a limit of R$1,000 at night, while in the cryptocurrency market there are no limits, chargebacks or blocking by centralizing authorities .

So, do you like this new feature of the PIX or do you think it increases seller costs?