Julia Silva de Negreiros, 18, left her parents' house at the beginning of the year to live with her boyfriend in a rented house in Nova Friburgo (RJ). In April, they had their first child. The couple, however, was unable to pay the bills, as the child's father's salary of R$1,100, who works as a bricklayer's assistant, could not handle the ends. She decided to look for a job, but it couldn't be out of the house because of the newborn. The solution came through Axie Infinity, a game based on blockchain technology that she met last month through a cousin. The play-to-earn game model — play to win — allows players to use their characters called “axies” to battle in the virtual world and receive rewards for every victory or mission completed. This reward is given in the form of Love Small Potion (SLP), a cryptocurrency that on Friday (23) was worth around R$1.53, according to CoinGecko. In the first month playing, Julia told the Portal do Bitcoin that she received R$ 1,400: “As I didn't know how to play very well at the beginning, I was surprised with the amount I won”. Her income should increase a lot next month now that her characters are more evolved — allowing her to increase her revenue in the game — and thanks to the recent appreciation of the SLP, which soared 173% in the month, going from R$ 0.60 in June for the current price. She says she is already managing to earn, on average, 200 SLP every day (Monday to Monday). The tokens, however, don't all stay with her, as Julia “rents” characters from third parties for 475 SLP a week. At the end of the month, even with the monthly fee, she estimates that she will earn 3,700 SLP, which in real represents a salary of around R$5,550.

To start the journey in Axie Infinity, the user needs to have at least three axies, which are a kind of non-fungible token (NFT) that other players put up for sale in the game's specific marketplace. As thousands of people started playing at the same time, the prices of characters soared. On average, the user needs to spend between R$ 6 thousand to R$ 8 thousand to form a reasonable team to start playing. Julia, for example, didn't have that kind of money. It didn't take long for a solution to emerge for her and others' lack of money. Players who managed to buy axies when the cost was low started renting their characters to other people to have a way to join the game at no cost. At the end of the month, the two parties split the earnings based on an informal agreement. Yield Guild Games (YGG) was the forerunner of this business model, which became known as scholarships. YGG told the report that it currently rents accounts to more than 30,000 people around the world, 200 of which in Brazil alone. By the end of the year, the goal is to reach 2,000 users in the region. Those who are behind most of the Brazilian Axie Infinity schools, however, are not large companies, but common players with a little more experience, such as 38-year-old Eduardo Braga, from Espírito Santo, who has played Axie since October last year. . In March of this year, he founded his own little school, through which he rents 60 accounts. He told the story that he worked on the high seas for a company that transported oil for Petrobras, but was fired as soon as the pandemic hit. Even though he graduated from the Brazilian Navy Officers' University (EFOMM), he could no longer find a job in the area. By investing in cryptocurrencies since 2018 and already being inserted in the gaming world, he ended up finding Axie Infinity and got right into the game. “At that time, an axie cost R$ 200 and I already thought it was too expensive”, he said. When he saw that the game was making money, he started to buy more characters and when he opened the school in March, he already had 17 axies, which cost around R$6,000. He said he even used all the money in his R$70,000 retirement fund to boost the business. “There's a lot of demand, it's a revolution. There is no other game that offers such an income for an average person, who doesn't need to be a pro-player. Last week, a student managed to make R$8,000 playing well for a month, an amount greater than my salary before the pandemic”, he reported. For each of the 60 accounts that Eduardo rents, he charges a fixed amount of 475 SLP per week. At the end of the month, he said that he generates more than R$170,000 in revenue, based on the current SLP price of R$1.50. However, he said that he only converts into reais the amount needed for day-to-day expenses. The remainder is reinvested in the school through the purchase of axies to offer more places to the community. And the demand is great. Hundreds of Brazilians compete on different servers in Discord for a spot. Each of them has its own business model and rules. Nexusnerso, for example, is a little school created by Bruno Henrique de Morais at the end of last year and which focuses on keeping a smaller team of well-trained players. As the user improves his performance, he can gain more axies, which helps him to have a better performance in the game. “Axie Infinity created a way for people to earn much more than just a minimum wage staying at home during this time of pandemic. When you put all the factors together, you understand why everything is working so well in Brazil. As the developers themselves said: Axie Infinity is not a game, it is a job platform”, said Morais.

Axie Infinity has become a worldwide phenomenon in recent months and is currently the most profitable project in the decentralized finance (DeFi) industry, generating $102 million in monthly revenue, according to Token Terminal. The game created by Vietnamese company Sky Mavis has been in circulation since 2018, but only entered the community's radar in June last year, when it started to be used as the main source of income for residents of a small village in the Philippines. The experience soon spread to the rest of the world, especially among developing countries that share similar problems, such as the high unemployment rate caused by the coronavirus pandemic. With more than 14.8 million people unemployed in Brazil, the country has become a place where the economic model of Axie Infinity had a chance to grow. More than being an alternative source of income, the game allows many to earn amounts in the month that are even higher than the minimum wage – as is the case with Julia, who had her story told at the beginning of the article. Just by doing basic Axie Infinity missions, a player can get 150 SLP daily. At this rate, it is possible to generate R$ 4,800 in the month, taking into account the current SLP price of R$ 1.50. The more experienced axies become, the faster the gamer will be able to complete missions – and the more SLP he will earn in battles. Most players manage to earn more SLP every day by battling online with other players. In this PvP mode, the user is able to rise in rank and receive the Axie Infinity (AXS) governance token. The popularity of the game is directly reflected in the price of AXS. In July, the digital asset was the one that appreciated the most, registering a jump of 760% in the first 20 days of the month. On Saturday (24), the cryptocurrency reached a new price record of US$49.

Hacker takes $8 million from Thorchain to "teach a lesson" 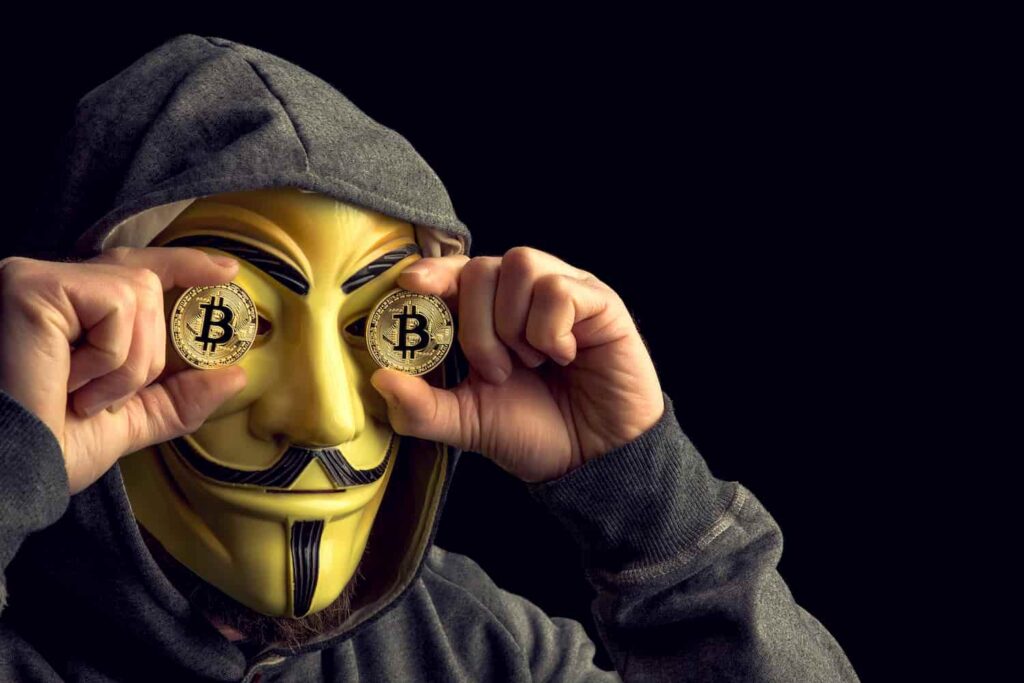