NFT nonfungible tokens concept on dark background – NFT word on abstract technology surface. 3d renderingNon-Fungible Tokens (NFTs) are poised to become more interactive, according to a company that is working to create “smart” versions of them. animation, interaction and voice synthesis features in NFTs, "bringing life" to NFTs. $478,000.00 in June, through Sotheby's. The iNFT standard was created by the company, which aroused the interest of some big names in the market. Recently, Alethea closed a strategic and restricted sale worth $16 million, where the main buyers were Metapurse (whose main lender paid $69.3 million for Beeple's “Everydays: the First 5,000 Days” earlier this year) and Crypto.com Capital. Other strategic buyers include Mark Cuban, Multicoin, Alameda, Dapper Labs, Galaxy Interactive and Gemini Frontier Fund, according to a company statement.

Why are investors paying attention to this market?

The demand for NFTs continues to rise. According to a Glassnode report, OpenSea, the NFT marketplace, has already surpassed the $1 billion mark traded in August alone, and it is estimated that it could reach $2 billion by the end of this month. investors in general are looking for products and innovations that generate interest from large portions of the markets, or from specific (well concentrated) niches. With this new digital article format being widely used in games, such as Axie Infinity (where the characters themselves are NFTs) , the growth of the NFT market has been unrestrained. In the world of lovers of digital games and articles, NFTs are the "hot spot". In addition to the usabilities they may have, NFTs have some characteristics that make them special, and that can differentiate them from traditional investments. An example of this is the inviolable digital property certificate, which guarantees the authenticity and scarcity of an object in the virtual world.

“Alethea AI managed to combine avatars with artificial intelligence technology, which are protected in the chain as NFTs. The result is not only fun, but it is the foundation for a level of interactivity that will quickly advance using Alethea's technologies.” In an email comment, CEO Arif Khan stated that Alethea will use sales proceeds to maintain and update the current services and the launch of the protocol in the public domain. “Although NFTs continue to be exciting for collectors, I always try to invest in what is yet to come,” said Mark Cuban. Potential projects with its technology could include giving a cryptopunk the ability to participate in a digital rap battle, creating interactive game characters or formulating real-time interactive chatbot apps. NFTs have grown in popularity this year, driven by the success of cryptocurrencies , with creators attracted by a format that allows direct access to potential buyers around the world, and customers finding it attractive to own works they might like or seek to collect. Cumulative total sales completed in seven days were $164.5 million on Aug. 18, compared with about $2.2 million at the end of last year, according to data from Nonfungible.com.Read More News:

Wed Aug 25 , 2021
Published: June 29, 2022, 10:05Europcar is the leading supplier in Sweden of shared sustainable mobility, with the highest proportion of electrified cars. But it is not just about rental cars, but Europcar wants to offer different types of mobility in the future. In 2022, the company has presented both VW […] 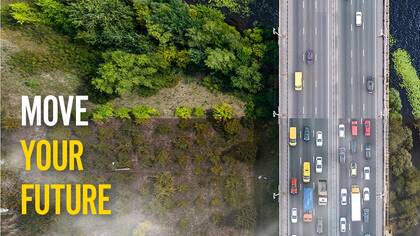