There's no better time to unearth the comments of old Bitcoin critics than a day of historic highs. One…

There's no better time to unearth the comments of old Bitcoin critics than a day of historic highs.

A phenomenon seen in Brazil and in the world is that young people are more likely to adopt new technologies more easily. We talk more about this in the podcast “ Crypto Generation and Bitcoin Demographic Trends ”, it's worth listening to.

In Bitcoin, this notion was reinforced by statistics according to a JP Morgan report revealed that " older invest in gold, while young people buy BTC ".

In fact, JP Morgan's boomer CEO Jamie Dimon is a well-known Bitcoin critic who even called cryptocurrency a scam before repenting and offering Bitcoin funds to customers (even advising not to buy).

But we don't have to go far to find old minded people criticizing bitcoin with weak arguments, they are all over Brazil celebrating the BTC's falls and calling the currency a bubble during the rallies.

With the intention of creating a compilation of “old men fighting with bitcoin”, the account @velhosbitcoin on Twitter appeared, of unknown authorship. While enjoying the high bitcoin, you can check out the best examples below:

The infinite bubble and the greatest bubble connoisseur in Brazil

Remember that people can, at any time, change their minds and understand new technologies regardless of age or any other characteristic.

Dialogue, as well as games, are tools for building a more plural financial market. Therefore, we want to open the dialogue so that these big influencers understand more about bitcoin, before criticizing it baselessly.

We are against hate and in favor of freedom of expression. We do not encourage readers to make direct attacks on the above profiles.

The opinion of the humorous page @velhosbitcoin, source for most of the above prints, is as follows:

Basic Attention Token (BAT), the privacy-focused web browser cryptocurrency Brave, has soared more than 17% in the past 24 hours. The token rise follows Monday's announcement that the Brave browser will be integrated with Solana, the fourth most valuable cryptocurrency in terms of market capitalization. According […] 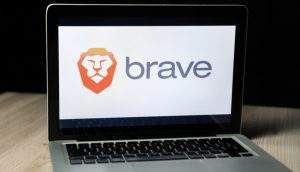