A new survey by brokerage Crypto.com shows that it took just four months to double the number of users in the cryptocurrency market from 100 million to 200 million. By the end of June, there were 221 million active people investing in digital assets around the world. To arrive at that number, the company compiled information provided by the 24 largest exchanges in the industry, as well as on-chain data and other parameters. The study points out that although bitcoin was responsible for attracting investors to the sector in the first two months of the year, it was the appreciation of altcoins in the following months that caused a massive increase in the number of users, rising from 142 million at the end of April to 221 million in June. When the BTC collapsed in May after Elon Musk criticized its currency's environmental impact and China's crackdown on miners, the gateway for retail investors in the sector became cryptocurrencies meme like Dogecoin (DOGE) and Shiba Inu (SHIB) ). Monthly growth in the number of cryptocurrency investors. Source: Crypto.comThe growth of new users was much faster than last year, when it took nine months for the number of investors to jump from 63 million to 100 million. “Major institutions like Tesla and Mastercard took steps to embrace cryptocurrency in 2022. In March, Visa collaborated with Crypto.com to settle payments in cryptocurrency. In addition, El Salvador became the first country in the world to adopt Bitcoin as a legal currency,” the study highlights. In May, the number of new users jumped 43%, whereas in March the growth was no more than 2%. At the same time, bitcoin's dominance receded. In January, 67% of all users in the sector were holders of BTC, a percentage that dropped to 51% in June.

The meme cryptocurrencies that fired in May didn't take long to run out of breath. Shiba Inu, which in the past reached a value of 40,000% in one month, today is at a price 84% lower than the historical maximum. Dogecoin is also quoted 72% below its May record, trading at US$ 0.20 this Thursday (29), according to CoinMarketCap. Despite this, those who managed to buy DOGE early in the year still enjoy a 3,490% annual appreciation of the meme currency.

Fri Jul 30 , 2021
Whale eating Bitcoin. Bitcoin Whales are considered market players with significant funds that are able to move the cryptocurrency market.Yesterday (28), some wallets moved a sum of about US$ 2.74 billion in Bitcoin (BTC) in an interval of approximately 14 minutes. These voluminous cryptocurrency transfers were initially detected by the […] 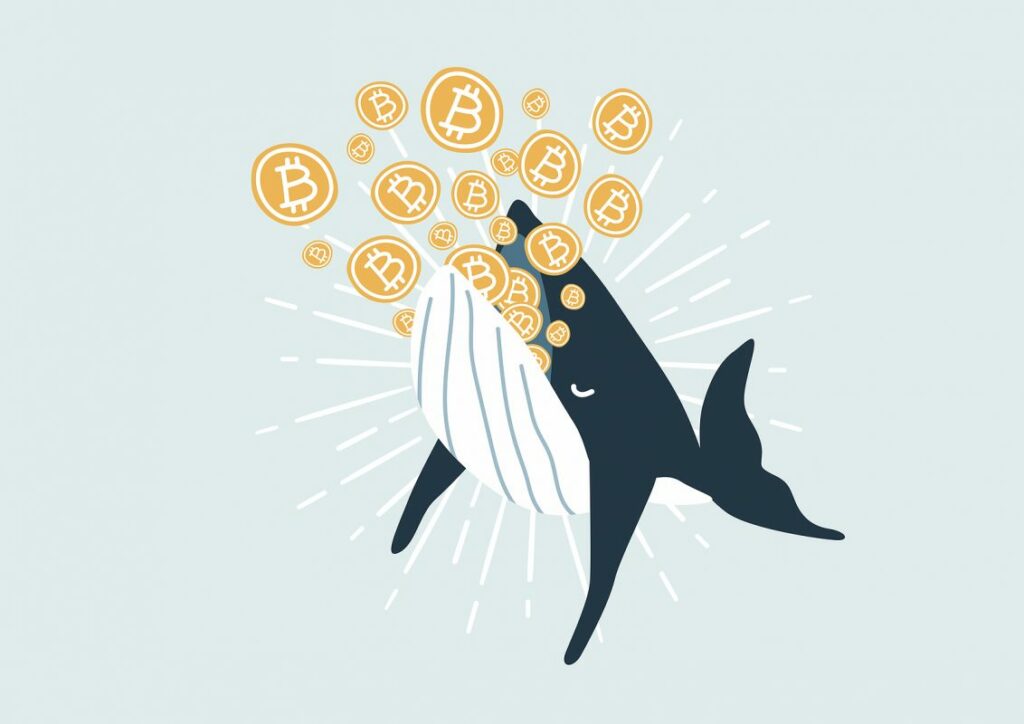