In a new Nubank action announced today (1/11), fintech intends to distribute around R$ 200 million in BDRs to…

In a new Nubank action announced today (1/11), fintech intends to distribute around R$ 200 million in BDRs to customers in a kind of “ airdrop ”.

Acronym for Brazilian Depositary Receipts, BDRs are certificates that represent foreign shares. In other words, Nubank must be listed on a stock exchange outside Brazil and wants to reward customers with a share of the company.

Called NuSocios, the program promises to “make millions of customers into Nubank members, at no cost”. According to the official website , Nu Holdings (the company that owns Nubank) will be listed on the New York Stock Exchange (NYSE).

NuSócios' idea is to reward some customers (who are not delinquent and have operated their account in the last 30 days) with BDRs, which cannot be sold for 12 months.

During the one-year period that the investment remains “locked in”, Nubank wants the user to consume content about the stock exchange and become familiar with the topic. It's a 1-year vesting airdrop, did they learn from the crypto market?

A very similar disclosure strategy is used in the cryptocurrency market, new projects often distribute tokens to the public called “airdrops”. The parallel was drawn by the Paradigm Education profile on Twitter:

To purchase your “Nu” airdrop, if you meet the requirements, just follow the step-by-step instructions that will appear in the app from November 9th. See more on the page that shows all the details and rules of the program.

Previously, Cointimes showed another possible influence from the crypto market to the traditional one, which was the idea of staking, embraced by the Central Bank to contain inflation.

Japanese group SoftBank and Alphabet (parent company of Google) participated in a $700 million investment round in Digital Currency Group (DCG), owner of Grayscale, causing the company to achieve a valuation of $10 billion, according to the Wall Street Journal (WSJ). Marcelo Claure, CEO of Softbank Group […] 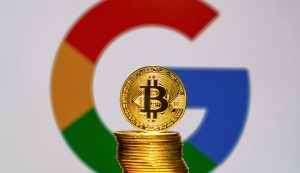