A Norwegian billionaire is announcing his company's investment in Bitcoin, while stressing that it is risky not to invest in cryptocurrency.In a letter to shareholders, Kjell Inge Røkke reveals that his Norwegian holding company Aker founded Seetee, a company dedicated to investing in Bitcoin and Norwegian tycoon says Seetee is launching with a capitalization of $ 58.8 million, which it plans to increase over time. Røkke says the company has a triple strategy for its cryptocurrency investments. According to the billionaire, the first step is to become hodlers.

“First, we will use bitcoin as our treasury asset and join the community. In Bitcoin, we will be hodlers. We will be different, but additives. Perhaps not as rebellious as the cypherpunks who invented Bitcoin. But much more progressive than most established companies. The Seetee team is already running open source bitcoin payment servers and will remain active contributors in the community. ”

The Norwegian says the next step will be to build mining operations integrated with sustainable energy sources.

“Second, Seetee will establish mining operations that transfer stranded or intermittent electricity without stable local demand wind, solar, hydro to economic assets that can be used anywhere. Bitcoin is, in our eyes, an economical charge-balancing battery, and batteries are essential for the energy transition needed to achieve the Paris Agreement goals. Our ambition is to be a valuable partner in new renewable energy projects. ”

The billionaire says Seetee's third component to his Bitcoin investment plan is to create and invest in various projects within the cryptocurrency ecosystem.

“Third, we are going to build and invest in projects and companies in the Bitcoin ecosystem. This is where our true passion is! Our domestic game is industrial applications. But we also believe that well-designed modern user interfaces will enable new applications wherever transactions take place. I am particularly interested in micropayments and how they can enable us to prevent usernames, passwords and our personal data from being monetized with, and often without , our knowledge or consent. ”

Is investing in BTC too risky?

In revealing Seetee's strategy, Røkke also explains why he believes that not investing in Bitcoin is a risky proposition.

“Risk is not an obvious concept. What is commonly considered risky is often not. And vice versa. We are used to thinking that money is risk-free, but it is not. It is implicitly taxed by inflation at a small rate every year… Bitcoin can still reach zero. But it can also become the nucleus of a new monetary architecture. In that case, a Bitcoin can be worth millions of dollars. Asymmetry is interesting for a portfolio. People who know more about Bitcoin believe that its future success is almost inevitable. ”

See also: Peter Schiff says he will disinherit the son who bought everything in Bitcoin

Thu Mar 11 , 2021
Ripple CEO Brad Garlinghouse said the United States Securities and Exchange Commission (SEC) claims that the payments startup participated in an illegal securities offering are misleading. In an interview with Axios on HBO, Garlinghouse explains that XRP does not have the striking characteristics of a security title. “I think this […] 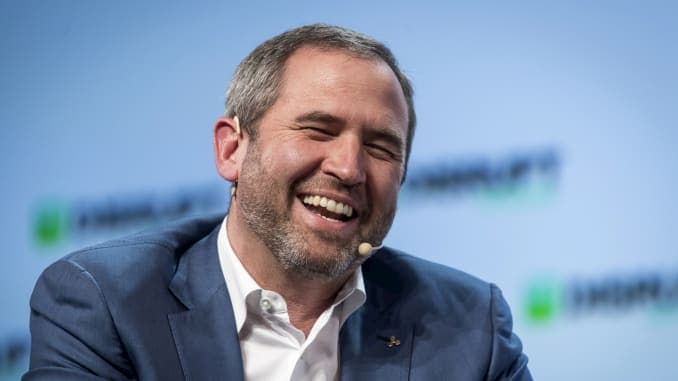